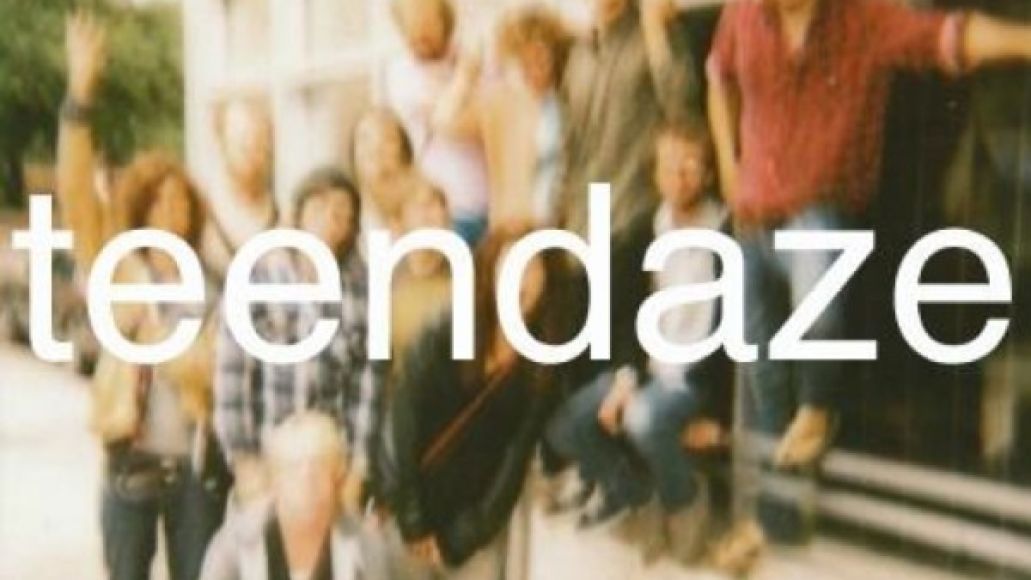 “I’ve been coming and going from my home in the Fraser Valley of British Columbia (aprx. 45 mins. outside of Vancouver) so often lately,” writes Vancouver producer Teen Daze, “that when I arrived home from a trip to NYC this week, I was shocked at how summery it felt. I guess travelling sort of throws away notions of time and season for me.  So with this new found summer in my mind, I decided to make a mix that was comprised of some of my favourite “summer songs”, from the last few years.  They’re all pretty instinctive choices, nothing too rationalized or thought out.  Just a gut feeling about whether I’d want to listen to these songs as I drove to the lake!”

Check out the playlist on Spotify, and check out the Vancouver, BC producer’s  liner notes below.

Teen Daze’s debut album, All Of Us, Together, hits stores on June 5th via Lefse Records.

Clive Tanaka y su orquestra – “Neu Chicago”
This song is such a jam; pure positivity through and through.  Side B to this tape has an amazing come-down/sunset vibe to it too.  Not to be missed.

Yuck – “Georgia”
The first time I really listened to the Yuck record, I was driving home from the ferry terminal, after a trip to Vancouver Island.  The sun was shining bright, and I was overcome with the feelings that I had when I first listened to my favourite 90s bands.  Coming at music with no pre-conceived notions or pretention.  Just pure innocence and love of music.

Beach Fossils – “Daydream”
My friends and I made a few trips down to Sasquatch music festival in George, WA, and it was a good place for me to hear what some of my more “in touch” friends were listening to.  That’s where I first got turned on to Capture Tracks, and in turn, Beach Fossils!  I’ve been a huge fan ever since, and this song encapsulates so much of what I love about them.  Another melodic overload, which is essential in good summer music.

Ducktails – “Killin’ The Vibe”
Another summer song rule: the song can’t take itself too seriously.  Most of the Ducktails stuff is perfect for lazy summer days, but this track is almost cliche, in just how perfect it is.

jj – “From Africa to Malaga”
I remember listening to this jj record when it first came out, having never listened to anything Balearic-y in my life.  I didn’t really it get it, to be honest with you.  It’s only been in the last few years, having familiarized myself with bands like Korallreven, The Tough Alliance and Air France, that I understand what the whole Swedish balearic vibe is all about.  Now I listen to this jj record, and it makes sense.

Beat Connection – “Silver Screen”
Just like Ahmad Rashad used to call whatever NBA player he was reporting on, “my main man”, Beat Connection are “my main…men”.  In all seriousness, these guys are friends of mine, and they just happen to have created one of my favourite summer records “Surf Noir”.  I’m going on tour with them in July too, and I plan on dancing…a lot.

Korallreven – “Honey Mine”
As I said earlier, Swedish Balearic has become a summer staple for me.  ”An Album By Korallreven” is a modern classic in my opinion.

M83 – “Reunion”
A lot of the new M83 record has “city at night” vibes, but I think this track is pure joy. I want to jump off a cliff, into some deep water when the chorus of this song hits.

Tanlines – “Green Grass”
Another song where it looks like I could have picked it from the name alone (see Killin’ The Vibe).  But I could have probably picked ANY Tanlines song for this mix.  Their new record is a perfect record for sun, and this track always puts a huge smile on my face.  Cause who wants to be sad in the sun.  No one.

Beach House – “Take Care”
A few years ago, I released a track called “Driving Home From The Beach”, where I did my best to make a song that encapsulated that feeling of feeling spent from being in the sun, or feeling really at peace as you drove by the shining lake.   Whether or not I captured that vibe, I feel like this song does perfectly.  This is a perfect way to cap off a beautiful summer day.