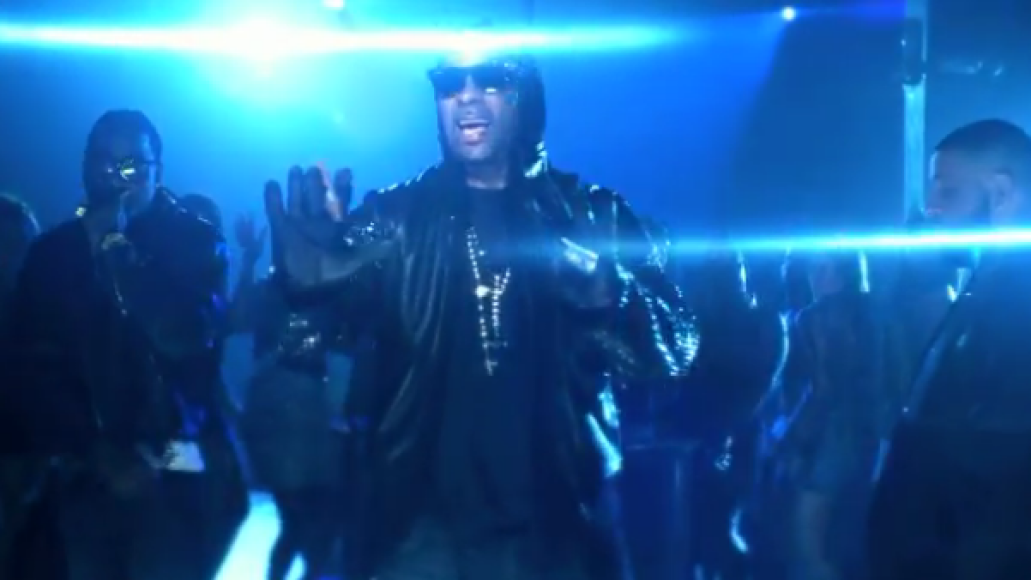 After years of singing about voluptuous females while dressed in the fliest gear imaginable, R. Kelly stays true to his glossy wheelhouse with the music video for “It’s On”. Rolling up to club with his entourage, Ace Hood and DJ Khaled, Kelly, decked head-to-toe in leather and studs, outlines his forthcoming romantic endeavors with a very flexible gal while strippers work the pole in the background. Even if Kels is simply throwing the same party over and over, there’s no one who knows how to revel in the excess so gleefully. Watch the video below (via Miss Info).

“It’s On” is the first track off Kelly’s upcoming 11th album, Black Panties, due out sometime this year. Kelly’s 12th album, Write Me Back, could also see release in 2012. As always, stay tuned for more.