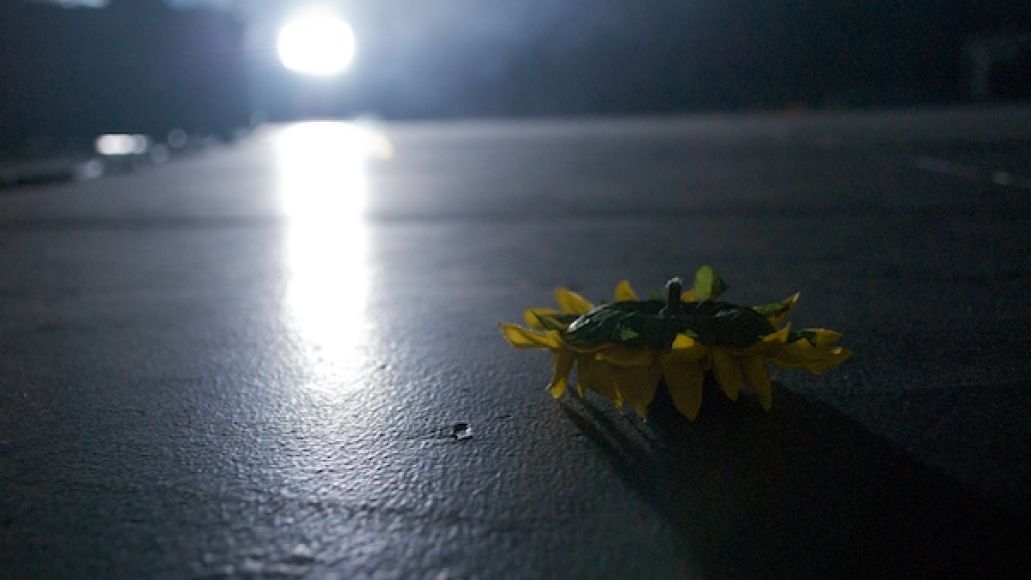 July 22nd 2012 is a day that will live in infamy in the hearts of Bostonians. On that day, 101.7 WFNX will end 29 years of broadcasting independent alternative rock radio after being sold to media conglomerate Clear Channel. The sale’s announcement back in May was a crushing blow not to just local aficionados, but music listeners the country over. Over nearly three decades on air, WFNX has had a hand in breaking everyone from Nirvana to The Killers to Gotye, all while keeping local heros like Mean Creek and Viva Viva in heavy rotation. Their legendary 1994 free Green Day concert at Boston’s Hatch Shell is just one of numerous events the station is famed for throwing all over town. Thursday night was the Seaport Six concert at Bank of America Pavilion, and though it wasn’t initially planned as such, the event will go down as the last hurrah for one of Boston’s most beloved institutions. 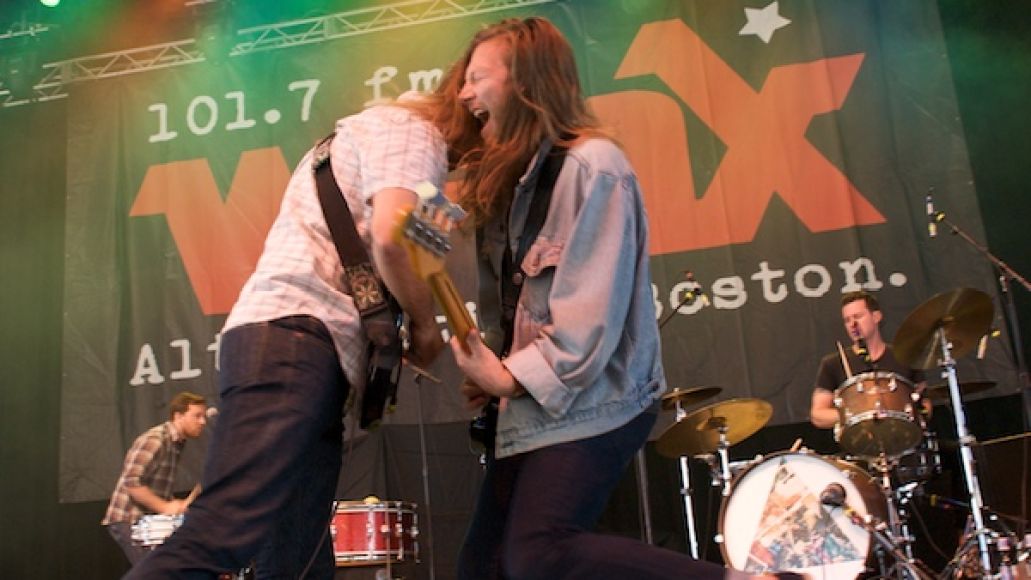 And what a sendoff it was. Things started with Stephie Coplan & the Pedestrians, who just the night before had won the Boston Phoenix (WFNX’s newspaper cousin) Boston Music Poll’s national “What’s Fucking Next” award. While traffic kept me from catching her set, I managed to get in with only missing the opening song from Reptar. These Atlanta boys have built a reputation for being “a live act”, and they certainly thrashed a good party, though they may be more suited for a club or festival crowd than BoA Pavilion’s all-seated setup. Delta Spirit was next, and it’s sad to say they had the weakest set of the day. Though they actually sounded great, their energy got lost in the slowly filling Pavilion, and the crowd waiting for GROUPLOVE or Two Door Cinema Club wasn’t familiar enough with Matt Vasquez and crew (as one 13 year old girl yipped, “play something I know!”) to appreciate what they brought. 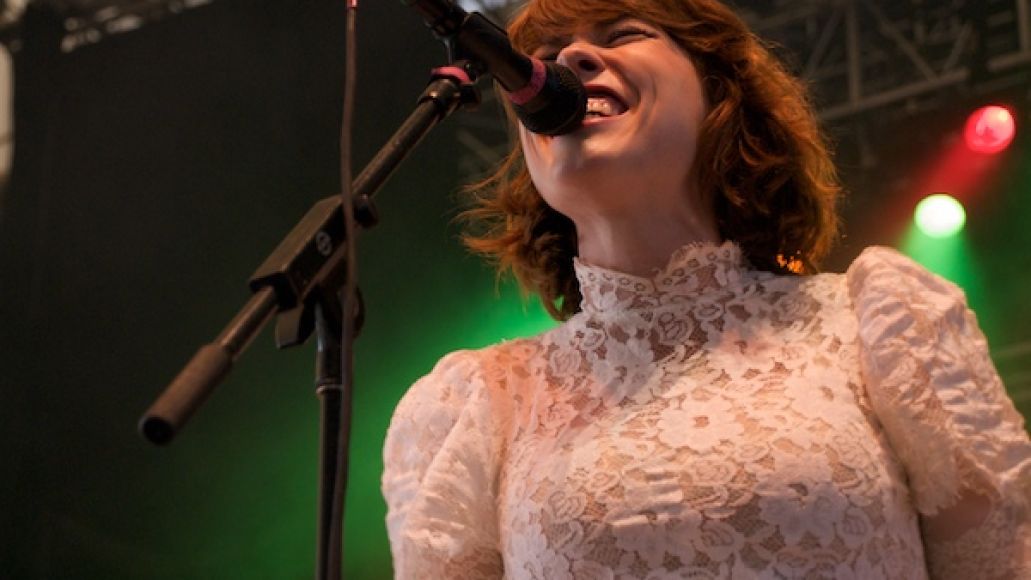 Life shot through the venue as GROUPLOVE took the stage, and my previous opinions of the worldly collective were unexpectedly shattered. “Tongue Tied” sent the place into a frenzy, and the appearance by tourmates Reptar for the cover of “I Wanna Dance With Somebody” was an amusing ruckus. The most veteran act on the bill, Cake, was another surprise, managing to captivate an audience I wasn’t counting on buying in – even saw some brace-toothed middle schoolers sporting Cake shirts too big for their prepubescent frames. After some overly long entrance music, “Sad Songs and Waltzes” seemed an odd choice for opener, but the crowd was eating it up by the time “Frank Sinatra” and “Short Skirt/Long Jacket” hit. Ireland’s Two Door Cinema Club headlined, and their infectious indie dance pop sent gyrating waves through the packed Pavilion. No one was seated, lifted to their feet by Tin Tin-lookalike frontman Alex Trimble’s pitch-perfect vocals and his band’s hook-laden numbers. 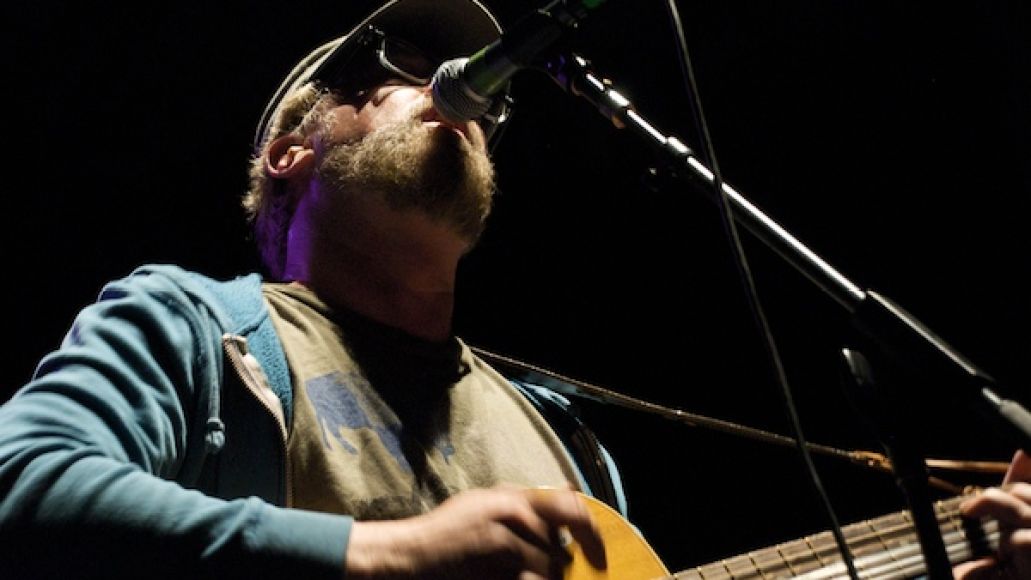 Both Two Door and Cake expressed their personal love for WFNX (Cake lamented they were also changing formats to Spanish language – a possibility for FNX – sarcastically remarking “Hey, it’s business. Business is so much more important than culture. That’s why we’re in the BANK OF AMERICA [Pavilion]!”). When the station’s DJs came out to say their goodbyes, the crowd proclaimed their own appreciation with non-stop applause and hollers. Local celebrity Adam 12 elicited the loudest response as he rallied the troops to work together to keep FNX living, possibly online (a petition to keep the station’s format is also being passed around). Whatever happens to 101.7 come July, Boston will always remember WFNX as the pinnacle of independent rock radio, a place local and national acts could find love and support, and an irreplaceable beacon of culture. Check out these photos from their last major event, and remember: We Are WFNX.