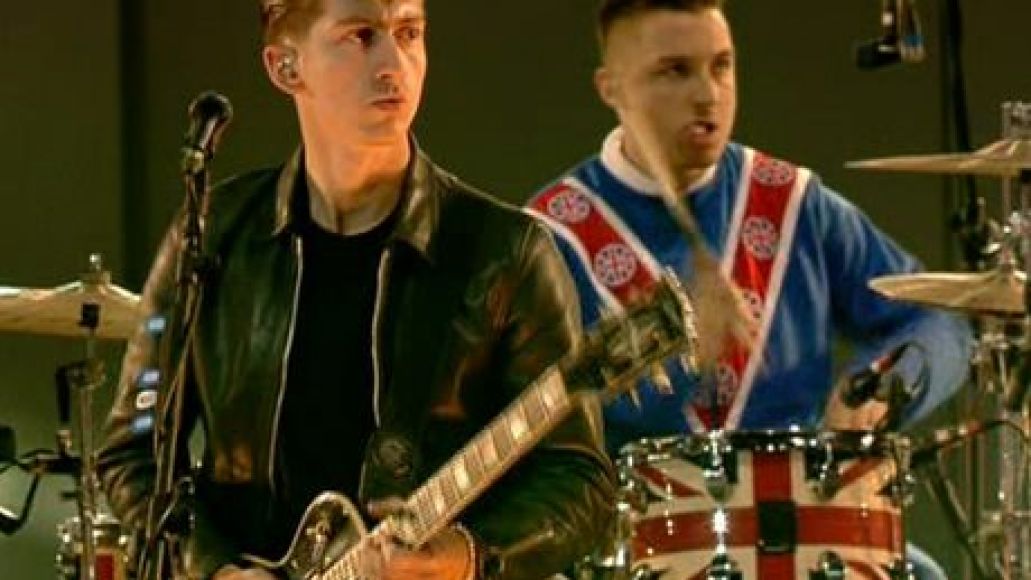 The Arctic Monkeys can now tell their grandchildren they covered The Beatles’ “Come Together” in front of the Queen and Sir Paul McCartney. The band took the stage tonight at the opening ceremonies of the London Olympics and performed both “Come Together” and “I Bet You Look Good on the Dancefloor”. You can watch footage of the performance below. A studio version of their “Come Together” cover is also now available via iTunes. Update: The video for “Dancefloor” has been removed, but you can still watch it here.

The ceremonies also featured performances by McCartney, Dizzee Rascal, Two Door Cinema Club, and Emeli Sandé. In addition, the soundtrack included songs from The Rolling Stones, The Who, The Kinks, David Bowie, Sex Pistols, New Order, Prodigy, Blur, Radiohead, Muse, Coldplay and — wait for it — Fuck Buttons, which means the Queen has now heard Fuck Buttons. The Olympics are already a major success.

As previously reported, Oscar-winning filmmaker Danny Boyle served as the creative director for the opening ceremonies, while UK electro duo Underworld were hired as musical directors. For their part, Underworld penned 24 minutes worth of new music, which is also available for purchase via iTunes.

Arctic Monkeys cover "Come Together" at the Olympics