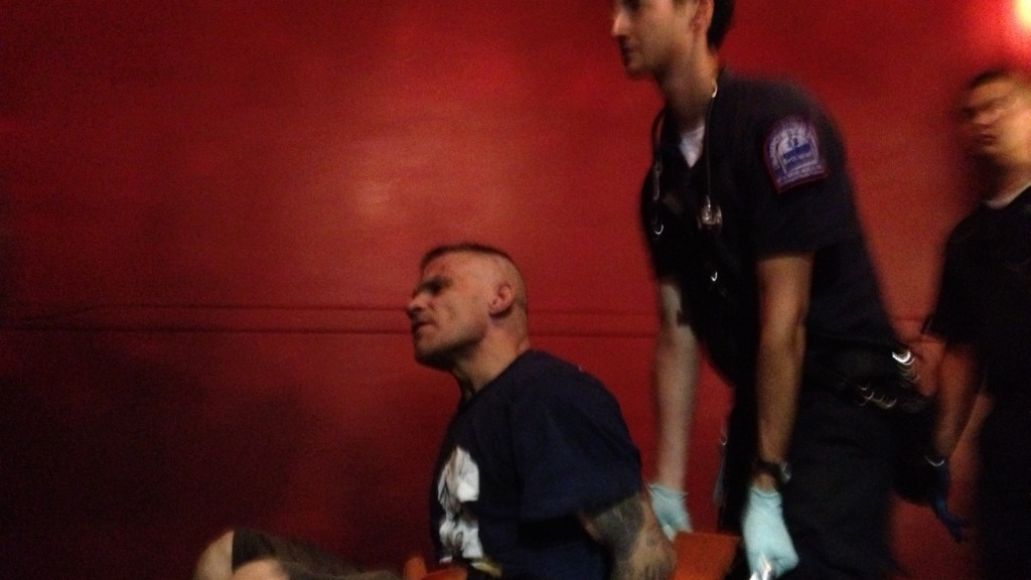 Last night, former Cro-Mags member Harley Flanagan allegedly stabbed and bit two people, including the current bassist, before the band was set to take the stage at Webster Hall as part of New York’s CBGB Festival. According to the New York Post and eyewitness accounts, the hardcore outfit’s founding member and ex-bassist attacked the VIP area with a hunting knife around 8 p.m. He was then quickly subdued by security guards and held until the NYPD arrived at the scene. Flanagan, who reportedly suffered a broken leg, was taken into custody and wheeled out of the venue handcuffed to a wheelchair. 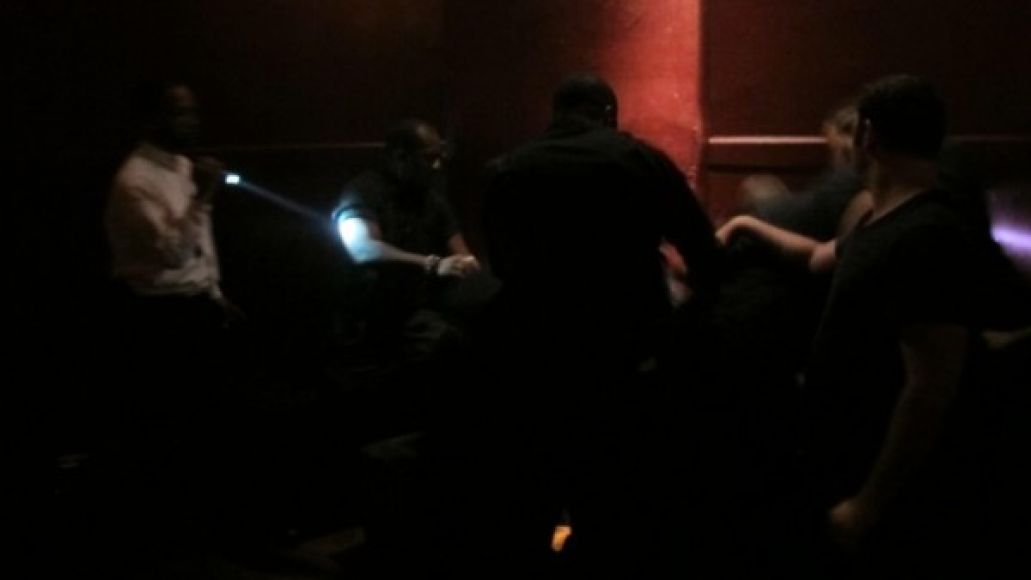 Victims of the attack include William Berario, 45, who was reportedly slashed above the eye and bitten on his cheek, and current Cro-Mag bassist Michael “The Gook” Couls, 33, who was cut on his arm and stomach. Berario, Couls, and Flanagan were all taken to the Bellevue Hospital to be treated for their wounds.

After the incident, Webster Hall canceled the show, which was to include fellow New York hardcore bands VOD and Sick Of It All. The venue tweeted, “Due to circumstances beyond our control, tonight’s event has been postponed. We apologize for any inconvenience this may cause.”

The CBGB Festival organizers have also issued an official statement, expressing sadness about the events that transpired and concern about “the safety and experience of New Yorkers, music fans, and the general public,” along with a willingness to cooperate with law enforcement.

They also added, “Live music can be incredibly uplifting, empowering, and positive. We don’t feel the actions of one person should overshadow four amazing days and nights of events that include today’s historic and unprecedented free concerts in Times Square and Central Park.”

The inaugural CBGB Festival is scheduled to continue today across over 30 venues in New York City, including a free concert in Times Square featuring Superchunk, Clap Your Hands Say Yeah, and The Hold Steady from noon to 6:00 p.m.

Stay posted for updates as the story develops.

Update: Check out video of John Joseph of Cro-Mags trying to calm down the Webster Hall audience after the incident.