Super talented 20-year-old emcee Angel Haze is back with “Werkin’ Girls”, another new cut from her debut EP, Reservation (July 17th, via True Panther/Noizy Cricket/Biz 3). Over layer upon layer of rapid, clacking synth drums, Haze spits lines that are only matched in their boasting by their clever turns (“I’m on top of my green like a motherfuckin’ tractor” or “I’m an undefeated bastard/my tongue is the fuckin rapture”). Haze is aware of her sudden power (“I just popped out the blue, I’m spontaneously combustin'”), and it seems it’s only time before many more people will be, too. -Adam Kivel 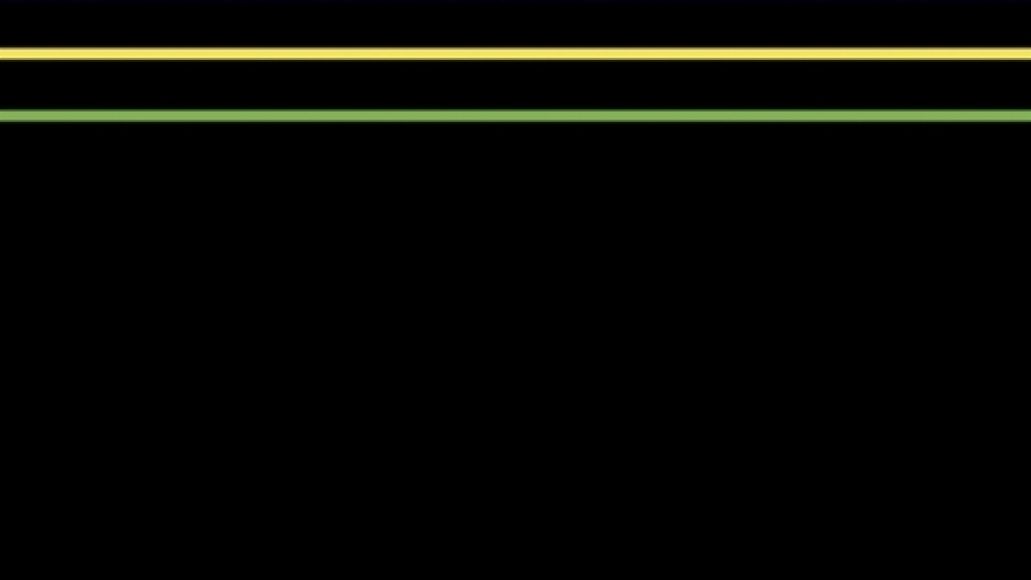 London four-piece Bloc Party went on hiatus in 2009 near the peak of the indie game, leaving a world of heartbroken fans aching for their angular, dancy post-punk inspired rock. But fear not, the wait is almost over, as Four (the group’s appropriately titled fourth album) will be on shelves on August 21st thanks to Frenchkiss Records. While they’ve played a good portion of the album live, they’ve just now formally released lead single “Octopus”, and it’s a stuttering, cathartic adrenaline kick. Frontman Kele Okereke’s swaggering vocals and guitarist Russell Lissack’s needle-sharp intensity lead the rush, the whole group sounding fresh and ready to reclaim their place in the pantheon. -Adam Kivel 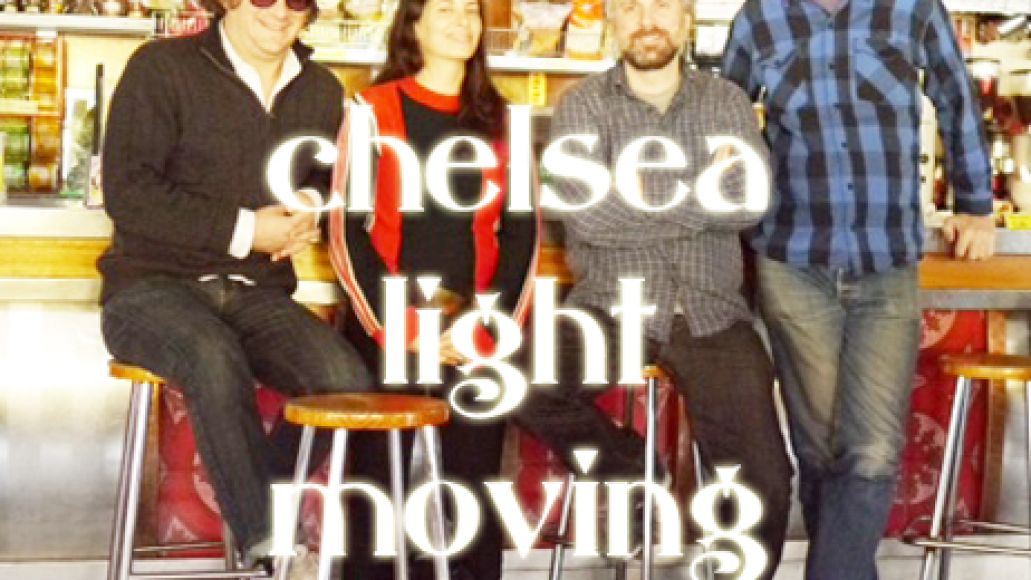 With the future of Sonic Youth still conceivably up in the air, living legend Thurston Moore is keeping busy with new project Chelsea Light Moving. “Groovy & Linda” is the second track from the project, and the liner notes on Matablog reveal that the track tells the story of two kids who ran away to the “peace, love and marijuana” of the East Village in the late ’60s. Moore’s gritty, distorted guitar licks are immediately familiar, and the rest of the band hits all the right notes to keep things bubbling and churning. “Don’t shoot/ we are your children,” Moore repeats, as Samara Lubelski’s bass chugs away. While no one will be glad if Sonic Youth’s output halts, this would be a welcome addition to try to fill the gap. -Adam Kivel 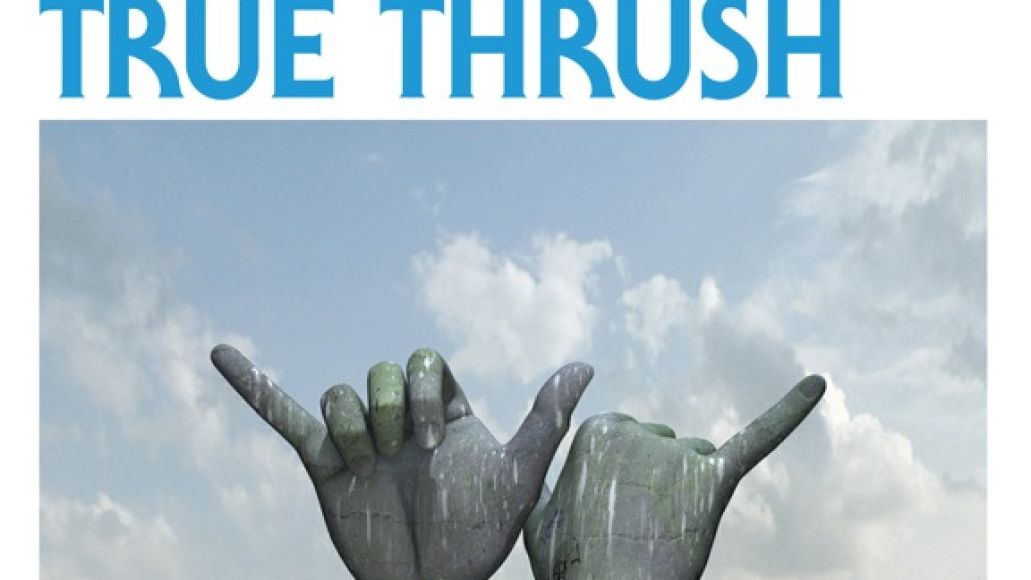 When early reports of Dan Deacon’s America (due August 28th, via Domino Records) suggested a bigger, poppier scope, the bar was immediately set extremely high. And now, with the bleary-eyed glee of “True Thrush”, he’s jumped that bar. The second track released from the album, “True Thrush” buries its huge sing-along hooks in the midst of twinkling, syrupy instrumentation, and never lets go. There are hints of old school Deacon in here as well, with pitch-shifted vocals, clappy rhythms, and squared off electronics, but this is clearly a new beast, the grand, technicolor mountains majesty of America on full display. -Adam Kivel 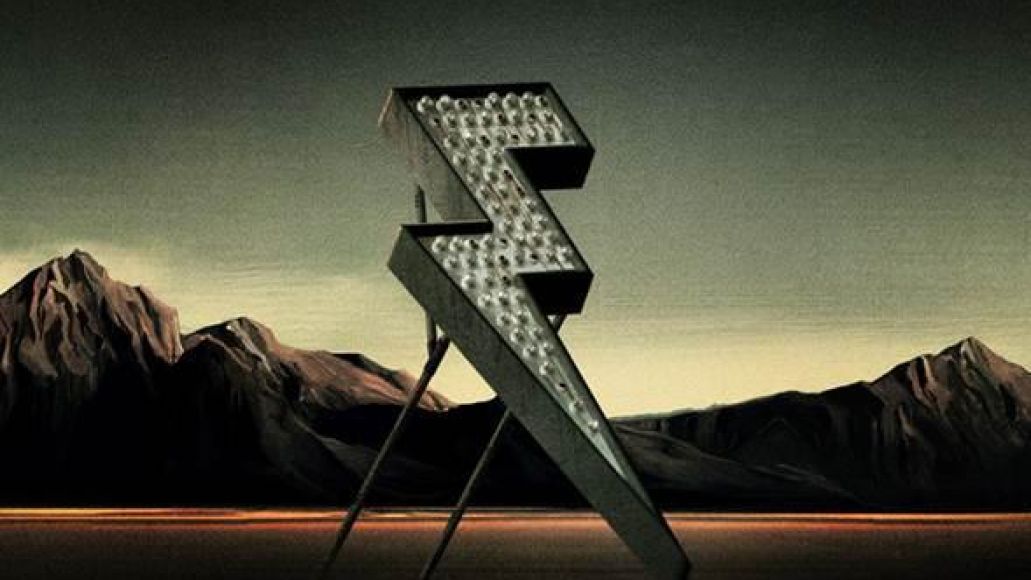 The splashy, epic piano opening to The Killers’ “Runaways” (lead single off of the September 18th Island Records release of Battle Born) isn’t the only echo of Bruce Springsteen on the track. The whole thing plays out like a sweet homage, Brandon Flowers’ yawping and crooning (with a bit of Bono, sure), the band pushing out a tom-heavy arena rock smash. “We used to look at the stars and confess our dreams/ hold each other til’ the morning light,” Flowers adds, embracing the same sad nostalgia once experienced by the Boss. This territory has worked for plenty of the bands in the past, and the anthemic sound suits them, making for a strong arena pop tune. -Adam Kivel 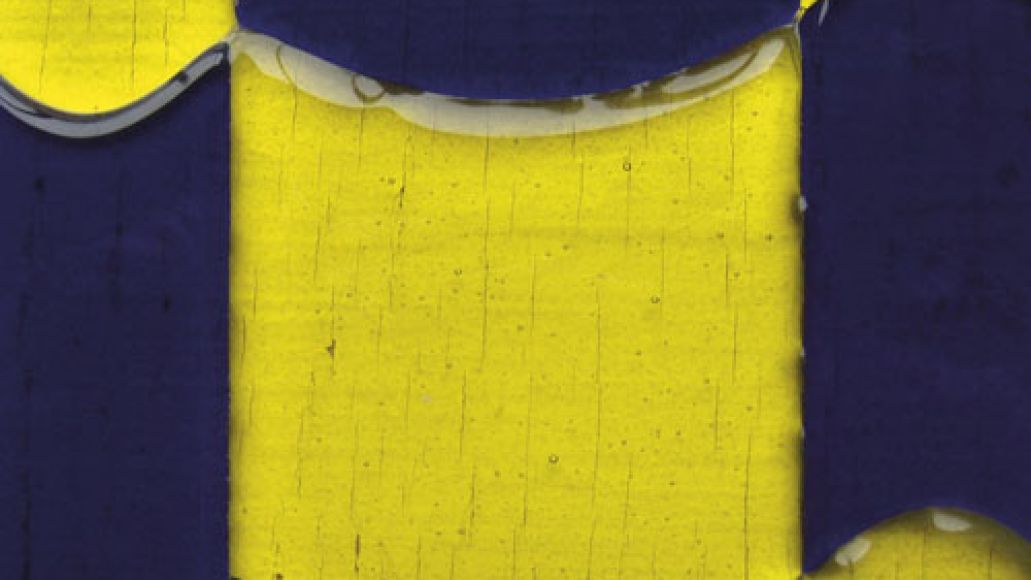 To Deal With Things is the second EP in a series of releases by Scottish singer-songwriter King Creosote. The EP’s lead track, “Ankle Shackles”, is a 12-minute barnburner that seethes with folk-rock angst. “Sometimes, I need left alone,” Creosote cathartically repeats over a dozen times, words seemingly failing in the passion. Whatever was bugging him, whatever was on his conscience, he attempts to shake it off. A string quartet drones in the background, barely audible. -Jon Hadusek 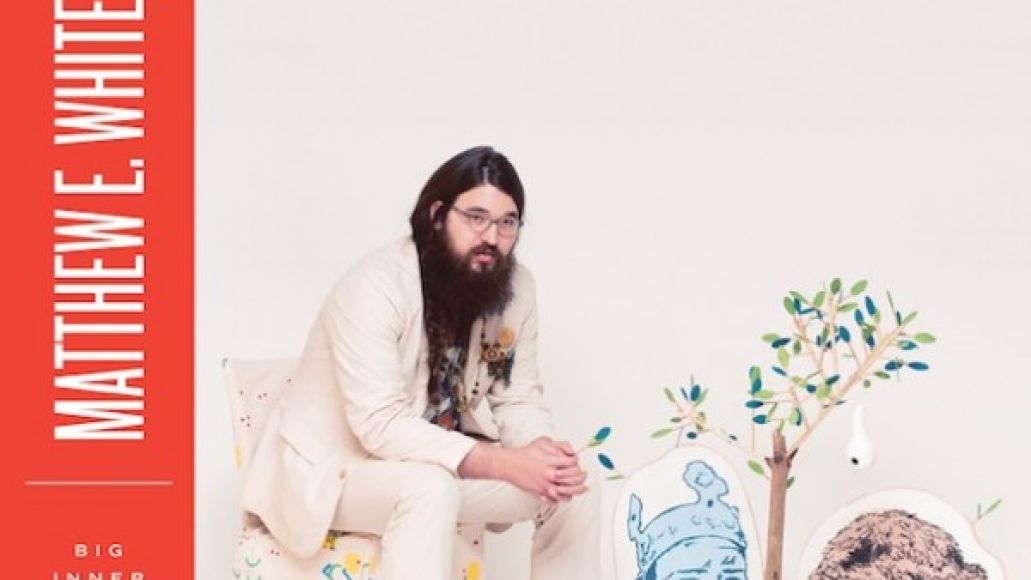 Matthew E. White almost sounds bored on “Big Love”; his baritone drawl contrasts with a spastic arrangement of horns and funked-out percussion. He deadpans during the chorus: “I’m movin’ on like any other man should/ Movin’ on like any other man would.” These might not be the words his lover wants to hear, but how could you not appreciate his frankness and honesty? Clearly, this relationship wasn’t working. White’s debut album, Big Inner, comes out August 21st on Hometapes/Spacebomb. -Jon Hadusek 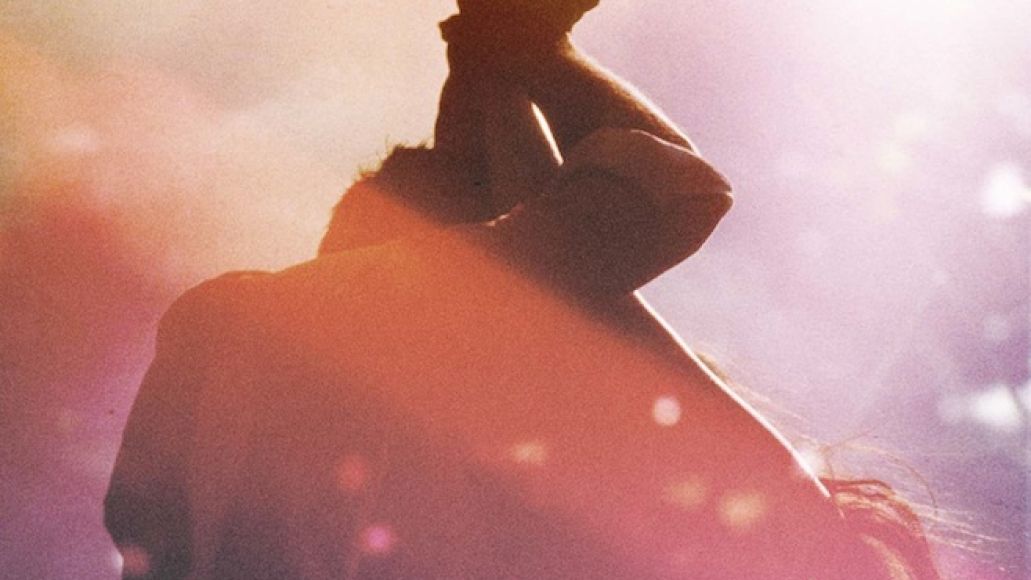 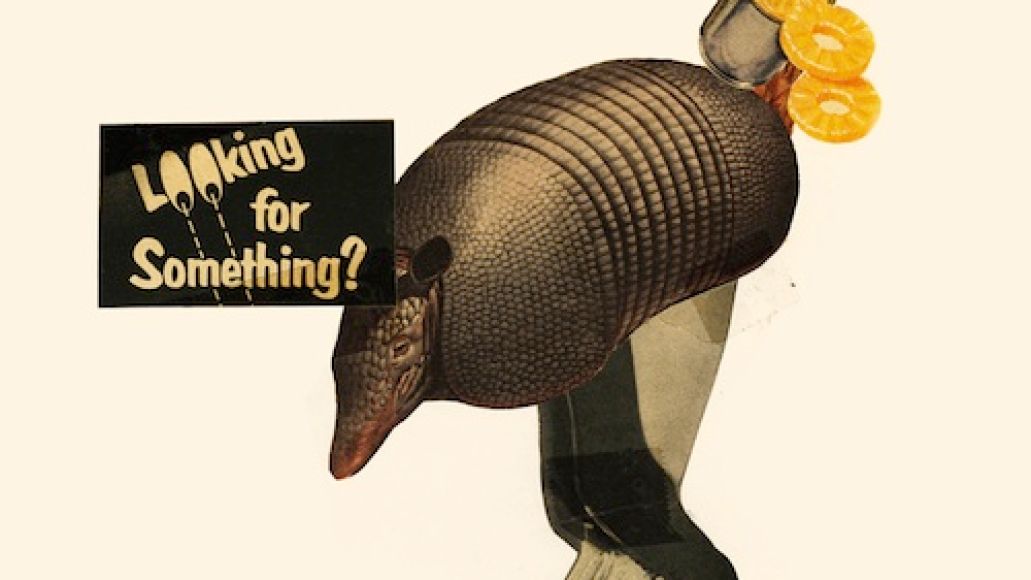 On September 25th, San Diego’s The Soft Pack will finally release its sophomore album, Strapped (via Mexican Summer). The label described the band’s new sound as “adventurous,” an apt summation based on lead single “Saratoga”. The band’s guitar-work remains spry and bouncy—full of garage-rock energy—but the production swerves madly in the other direction. Vocalist Matt Lampkin sings through a layer of echo, and the guitars are phased into obscurity. When all these effects clash against one another, the song resembles a tornado siren. -Jon Hadusek 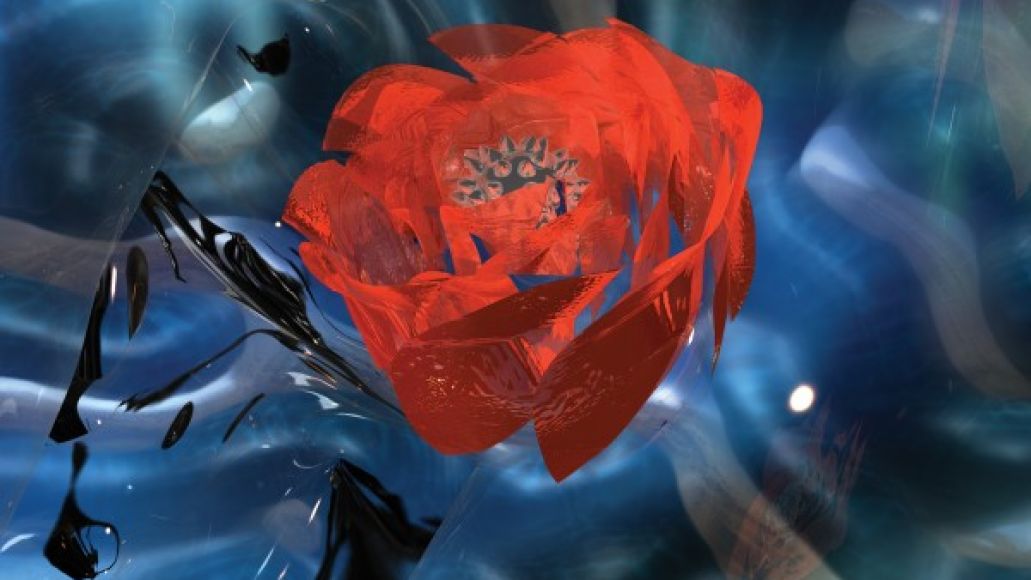 The latest single from chillwave duo Teengirl Fantasy is only four minutes long, but it could go on for hours. “End” is the soundtrack to a futuristic journey down the Amazon River on some newfangled hovercraft boat. The sci-fi ambience and pitter-patter drums are synthesized, but the track winds up sounding so very natural, so Earth-y. It’s a rapturous piece of aural escapism, exemplary of the dense arrangements on Teengirl Fantasy’s upcoming sophomore album, Tracer (due August 21st, from True Panther Sounds). -Jon Hadusek