On his latest solo album, Traveler, instrumentalist Jerry Douglas joins with folk up-and-comers Mumford & Sons and genre legend Paul Simon for a cover of Simon and Garfunkel’s “The Boxer”. While the original recording is whispery and understated, this version cranks the volume. The song’s momentous buildup reaches a climax when Marcus Mumford (who sings lead on the track) harmonizes with Simon during the “lie la lie” refrain. Douglas’ acoustic arrangement is dense, and he plays with tact befitting such a classic song. -Jon Hadusek 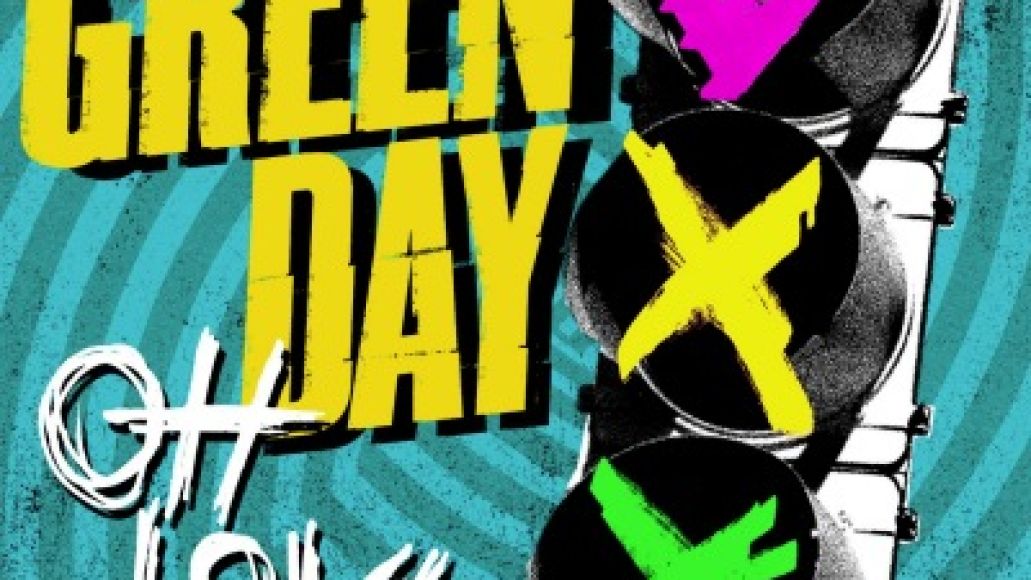 Billy Joe Armstrong described Green Day’s upcoming trilogy of albums as “punchier, more power pop – somewhere between AC/DC and the early Beatles.” This seems to be an apt comparison based on “Oh Love”, the anthemic lead single from Uno!, which is due out September 25th on Reprise. Based on this track, Green Day has ostensibly traded political slants and operatic pretentions for power chords and sugary melodies. It’s a refreshing slice of verse-chorus-verse pop that’s sure to find a home on FM airwaves. -Jon Hadusek

How to Dress Well – “Cold Nites” 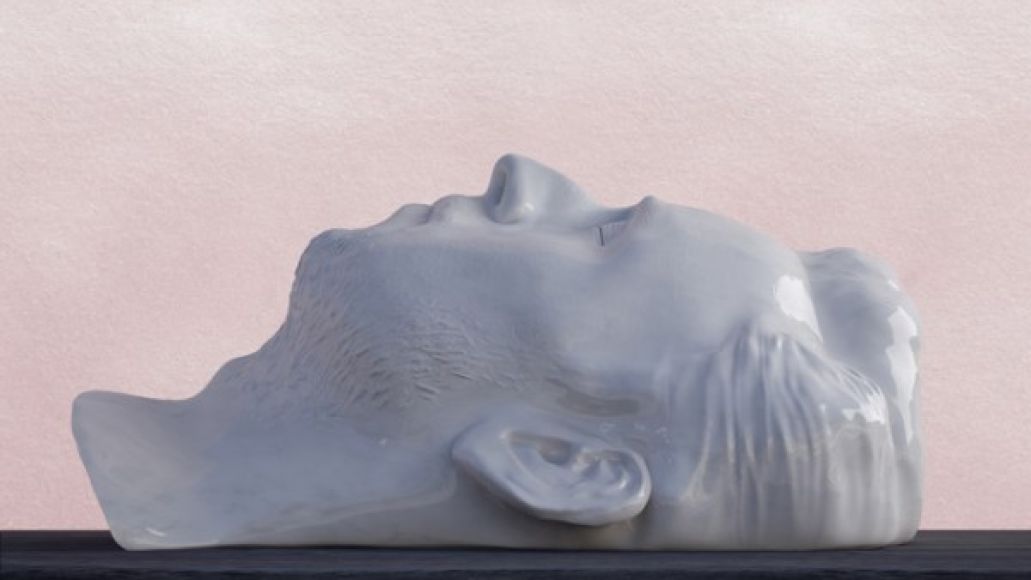 The ambient, electronic skew on R&B that Brooklyn’s Tom Krell releases under the moniker How To Dress Well continues to grow more confident with each new track. And now, on “Cold Nites”, the second track from Krell’s upcoming sophomore LP, Total Loss (due September 18th via Acéphale), there’s an undeniably smooth swagger to the percussion and lilting piano. The teaser video that the tune plays over is perfect accompaniment, vague flashes of sultry skin moving slowly along with the loping piano line. Krell’s haunting harmonizing and the stuttered electric percussion at the track’s climax are chilling, an exciting taste of the album to come. -Adam Kivel 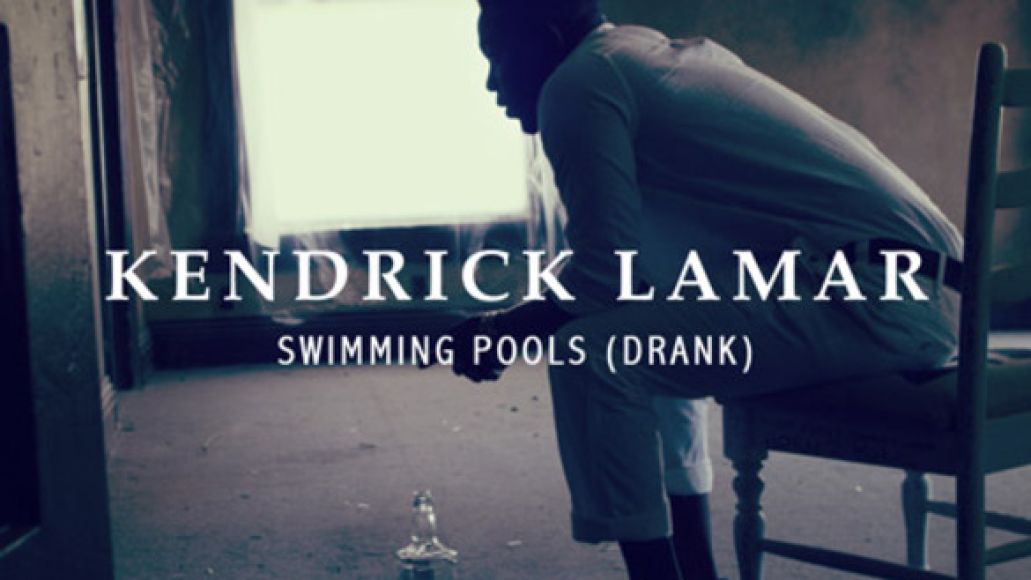 “Swimming Pools (Drank)” is the latest single from Kendrick Lamar’s upcoming LP, good kid m.A.A.d city (out October 2nd via Aftermath). Lamar gets poignant here, ruminating on the struggles of alcoholism and how it’s affected his family. He rhymes with a spitfire flow and acerbity on his tongue: “Some people like the way it feels/Some people wanna kill their sorrows/Some people wanna fit in with the popular/That was my problem.” Producer T-Minus’ pulsating beat and eerie tones match the song’s sinister subject matter. -Jon Hadusek

Menomena – “Heavy Is As Heavy Does” 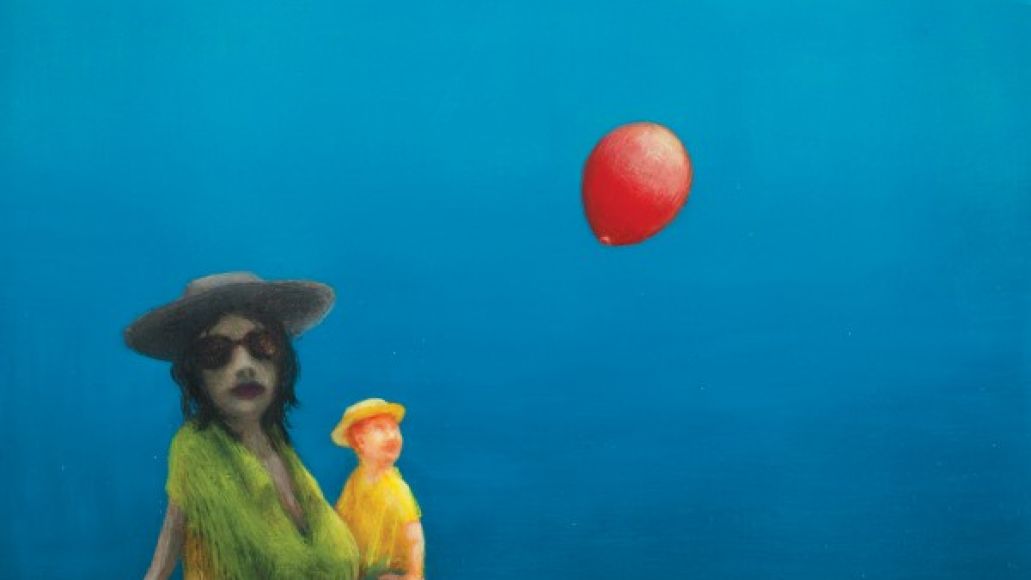 Portland indie rockers Menomena are set to release Moms, their fifth studio album in eight years (due September 18th via Barsuk). “Heavy is as Heavy Does”, the first listen from that disc, reels in on a heavy piano line, pushing forward to a ripsaw guitar solo that needs to be heard to be believed. The trio’s unified vocals at the climax (“I don’t believe in second chances/ it’s heavy as I breathe”) and the honking horn section find a Man Man-esque haunted carnival tone, wrangling every ounce of moaning emotion out before fading away. -Adam Kivel 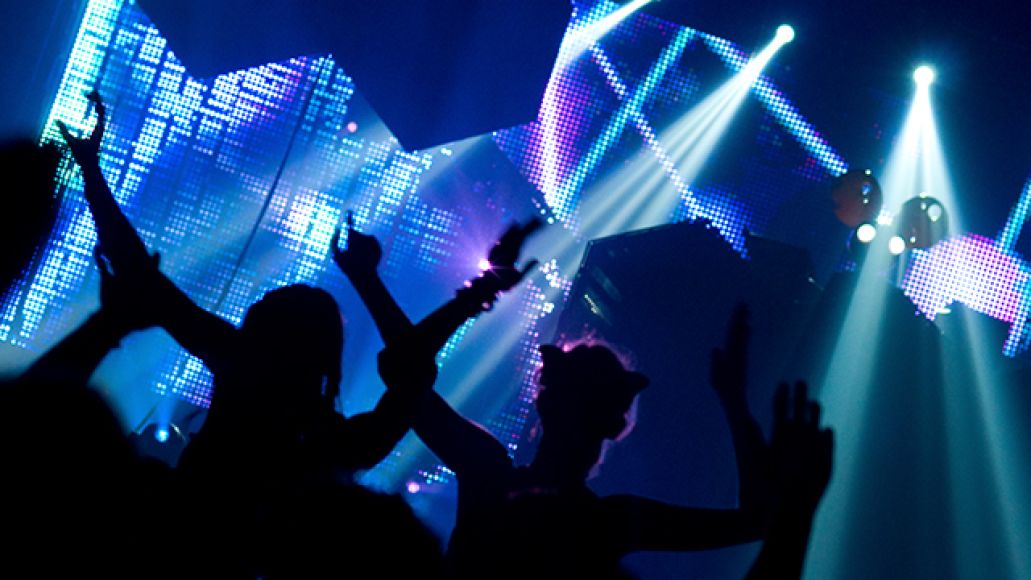 Earlier this week, deadmau5 (AKA Joel Zimmerman) returned with a remix of Nine Inch Nails’ Year Zero single, “Survivalism”. While Trent Reznor’s abrasive industrial nature remains intact, it’s far less stormy and slightly more thunderous. However, the best thing about the mix might be Zimmerman’s thoughts on it, as he tweeted, “felt like doin it. feelsgoodman.jpg.” Okaybro.png 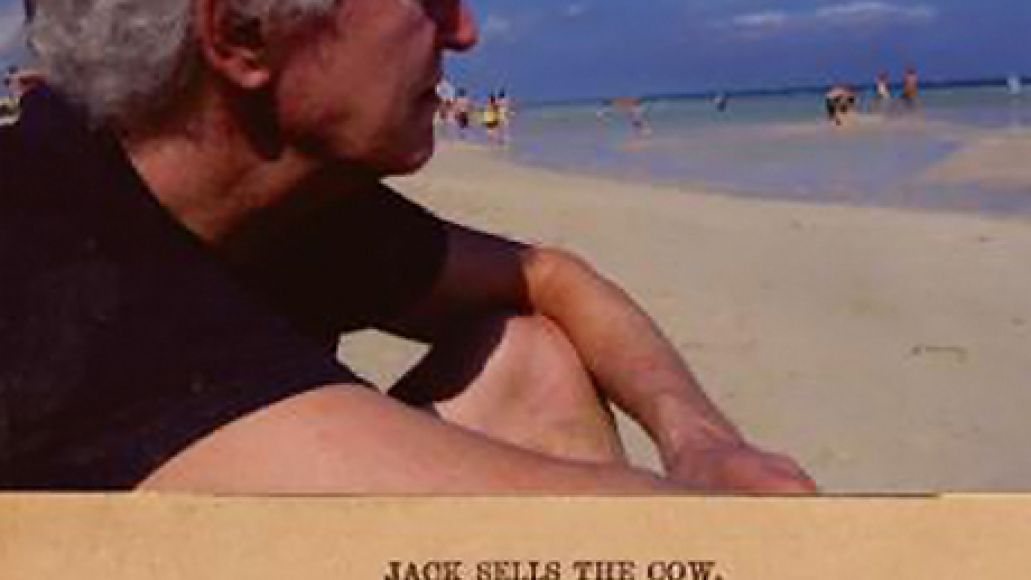 Robert Pollard releases too much music, but that’s why we love him. Prolificacy is his charm. The Guided by Voices frontman recently announced yet another solo album, Jack Sells the Cow, due out on September 18th (that makes two solo LPs and two GBV LPs in 2012 alone). Now, he has offered up the psych-rock track “Who’s Running My Ranch” as a preview for the album. It’s very much a Pollard composition, with its sampled radio transmissions, echoed vocals effects, and seemingly random lyrics, though the song’s production sounds cleaner and less lo-fi than the latest GBV material. -Jon Hadusek 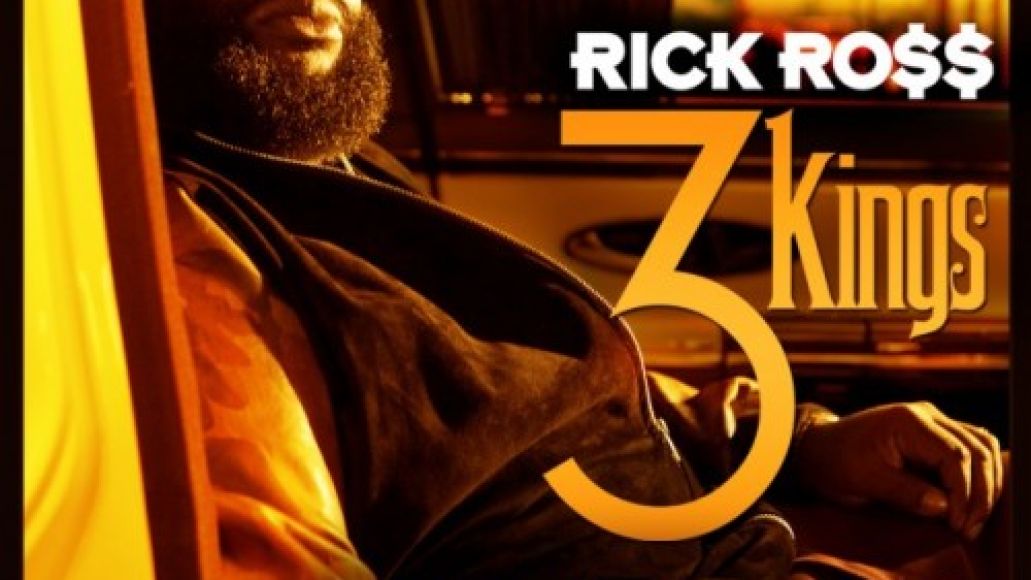 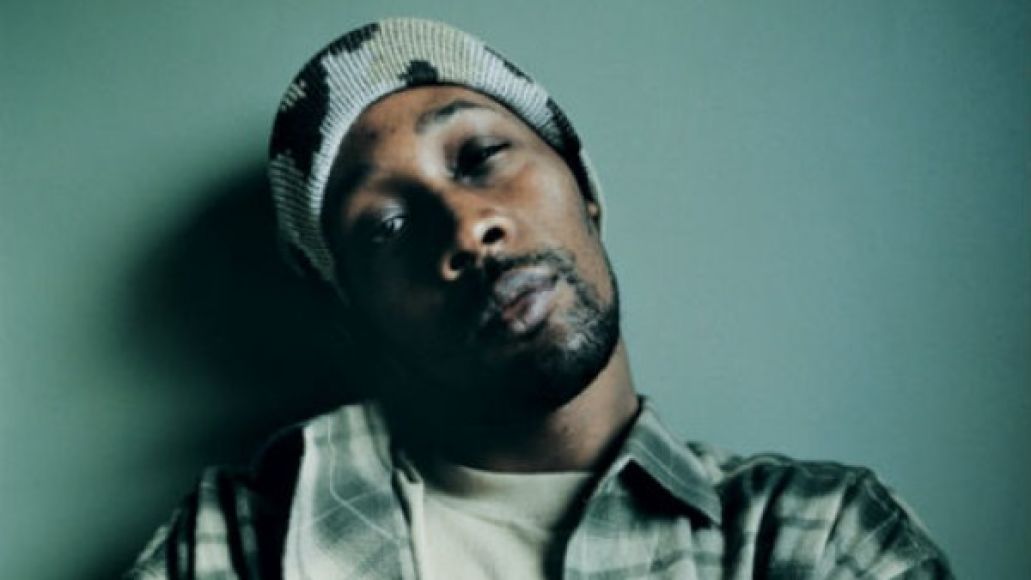 Thanks to the hashtag-tastic #WuWednesday, the world got a new track from Bobby Digital himself, the RZA. “Blowin’ in the Wind” finds the Tarantino-presented director himself dropping absurd lines (“quench your thirst like the ice cold Shasta/ in the stars like my boy William Shatner”) over samples of chilly breezes and rich, horn-like synths. While he’s been busy as a producer and dropping random tracks with the Wu Wednesday project, the big task is the aforementioned The Man With the Iron Fist, a film which he directed, stars in, and on which he contributes to the soundtrack. -Adam Kivel 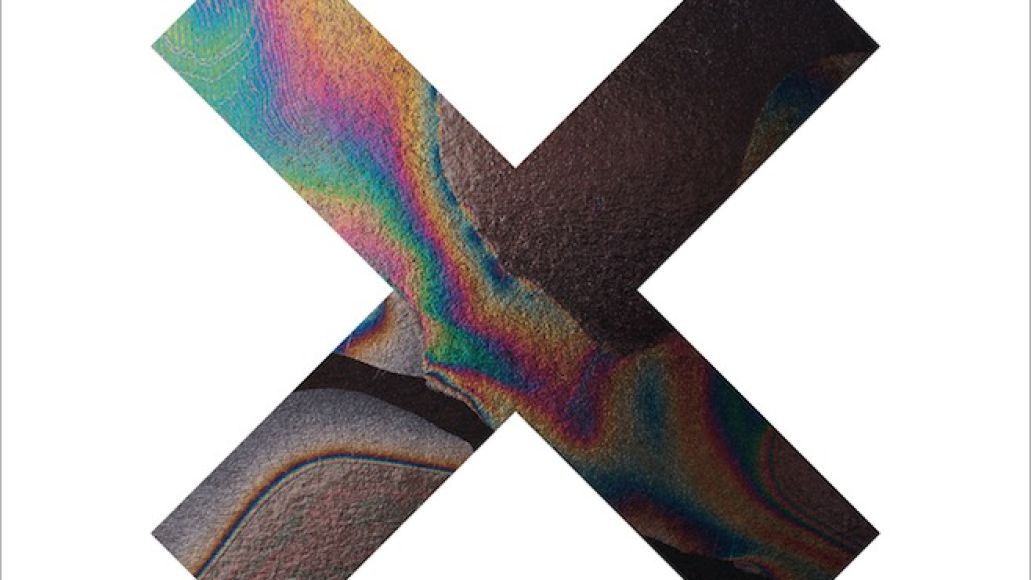 The demand for a new album from London indie pop trio The xx has been loud since, well, the day they released their self-titled debut back in 2009. Finally, though, we have the lead single from Coexist (due September 11th via Young Turks), and “Angels” is a wonderful drop of chill. “Being as in love with you as I am,” repeatedly croons Romy Madley-Croft over sparse synth plinks and heartbeat tom thumps. The track is a deeply emotional, icily affecting rush that should only prove to ramp that already massive anticipation up. -Adam Kivel