“The music is made first, and the interviews or photos to keep it alive come later as a necessary evil, I suppose.” -Jack White 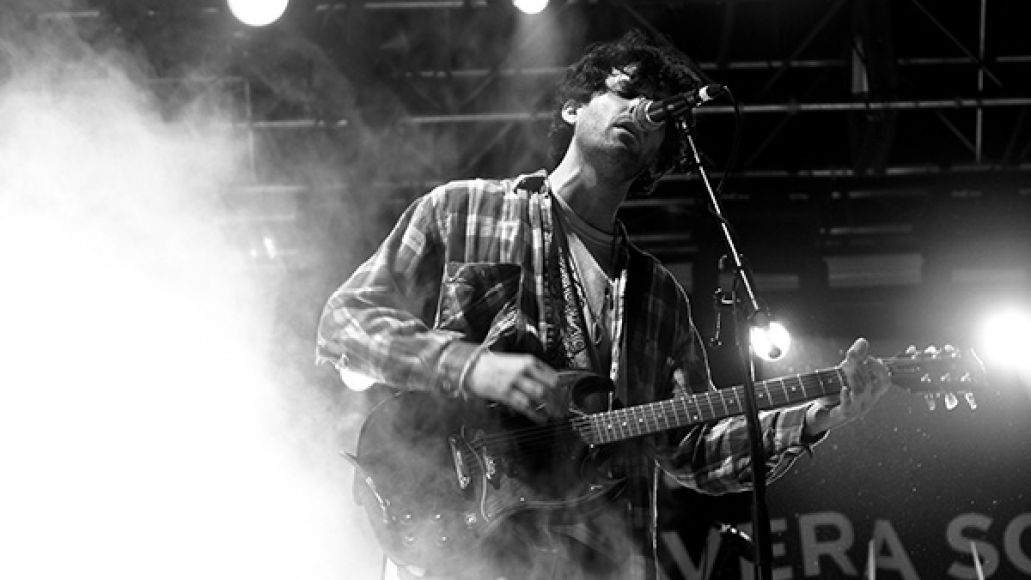 Event: The Men @ Primavera Sound 2012
Photographer: Colin Athens
What Colin Says: “Taking the stage after the highly controversial Norwegian black metal outfit, Mayhem, Brooklyn-based noise punk quartet, The Men, ripped through a few singles from their 2012 sophomore album, Open Your Heart. I wanted to hear Ben Greenberg scream, “NOW I CAN STAY OUT ALL NIGHT LONG,” well, all night long.” 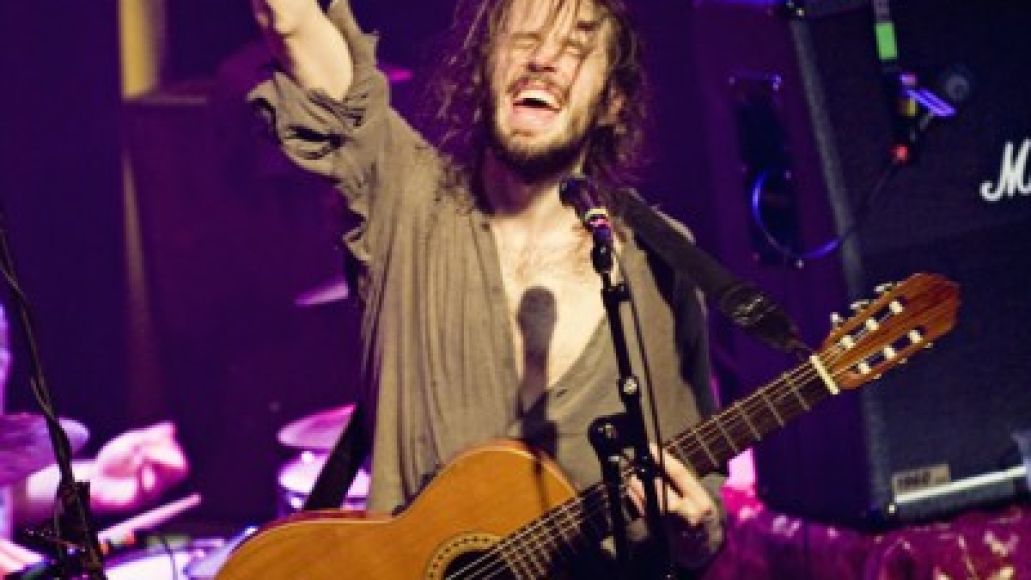 Event: Crystal Fighters Tour
Photographer: Meghan Brosnan
What Meghan Says: “The members of Crystal Fighters are constantly bouncing around on stage. I snapped this photo of Sebastian Pringle, lead singer, at the end of their set at The Independent in San Francisco. I think it captures the groups’ dynamic stage presence-triumphant and energetic.” 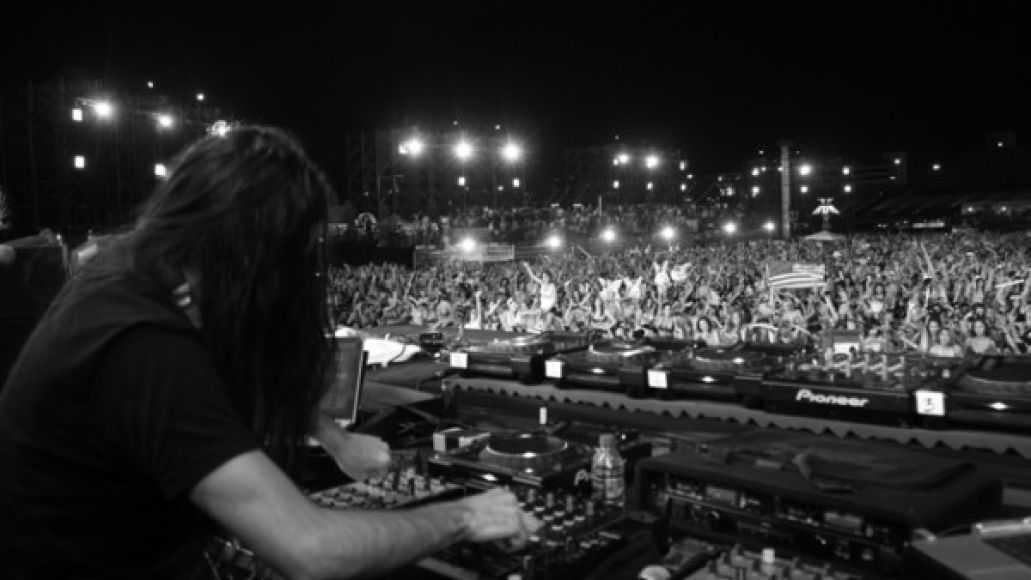 Event: Bassnectar @ Electric Daisy Carnival – Las Vegas 2012
Photographer: Ted Maider
What Ted Says: ”There are moments that you will remember for the rest of your life, and going in the DJ booth with Bassnectar on the EDC main stage will remain at the top for me.” 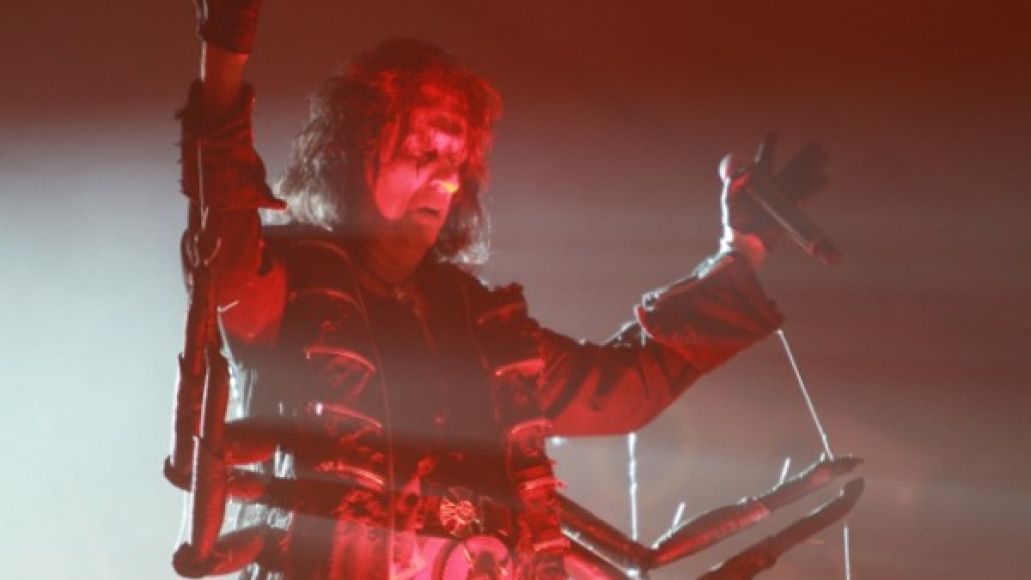 Event: Alice Cooper @ Bonnaroo 2012
Photographer: Nate Slevin
What Nate Says: ”Rushing over from the Superjam feat. D’Angelo and the RZA performing “Liquid Swords” I was met with a photo pit on lockdown and teeming with eager lenses hoping to grab a piece of the Halloween-party-store-themed Alice Cooper set. After hopping a gate or two I was able to snap the spider emerging from his creaky, yet still awe-inspiring web of antiquity.” 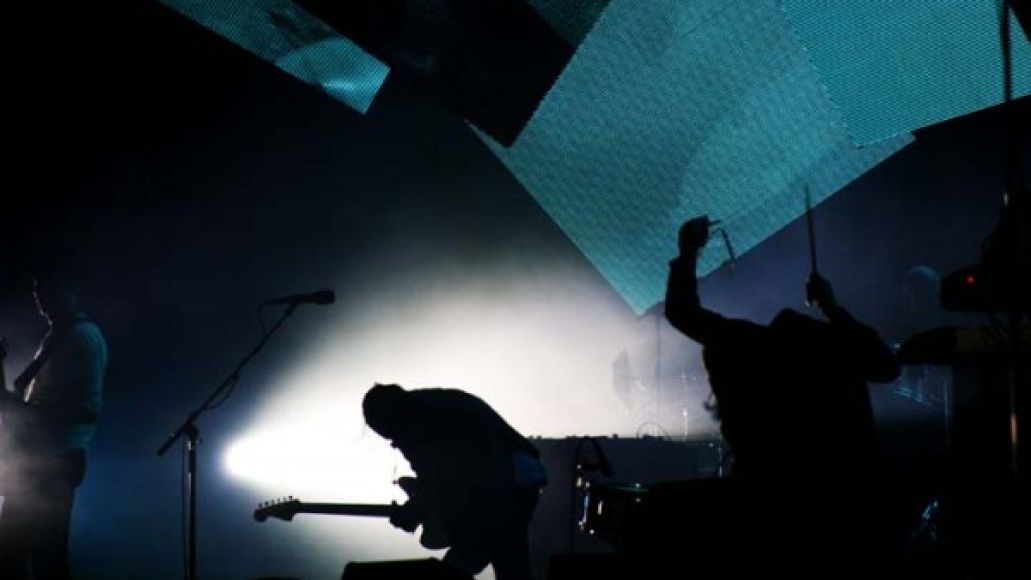 Event: Radiohead @ Bonnaroo 2012
Photographer: Lilian Cai
What Lilian Says: “Every person at Radiohead was absolutely mind blown by the astonishing visuals of the show, including altering close-ups of the band members faces on moving LED panels. As they kicked into ‘There There’, Thom Yorke jigged around on stage while still shredding his solo.” 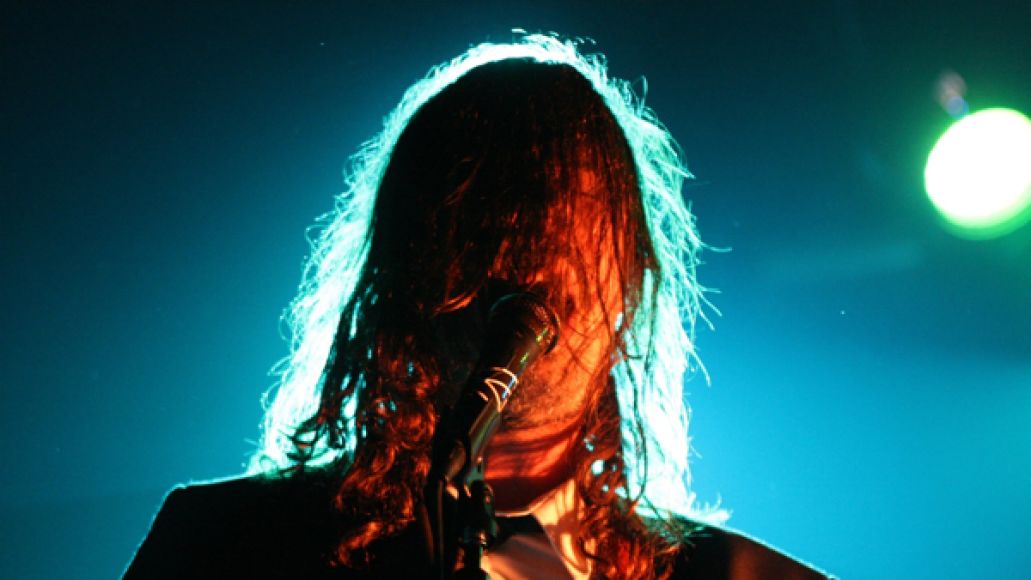 Event: Liars @ New York’s Webster Hall (6/20)
Photographer: Harley Brown
What Harley Says: “It was stifling in Webster Hall the night Liars played, and Aaron Hemphill’s mane of hair quickly soaked to a stringy mop over his face. Coupled with the eerie blue stage lighting, it made for a pretty creep-tacular shot.” 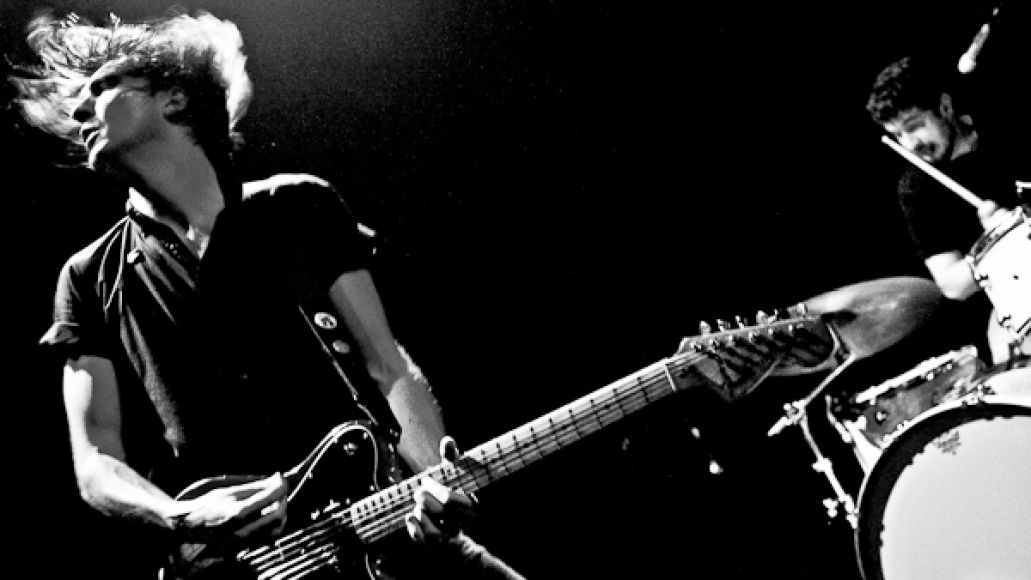 Event: Japandroids @ Chicago’s Lincoln Hall (6/21)
Photographer: Jeremy D. Larson
What Jeremy Says: ”I usually don’t like ’tilted’ photos, but when there’s no pit and you’re in the front row and people are elbowing you in the spine and spilling beer in your hair, sometimes you don’t have any other option but crook the camera sideways to get a two-shot. There’s a lot of technical things ‘wrong’ with this photo, but it’s punk and I love it.” 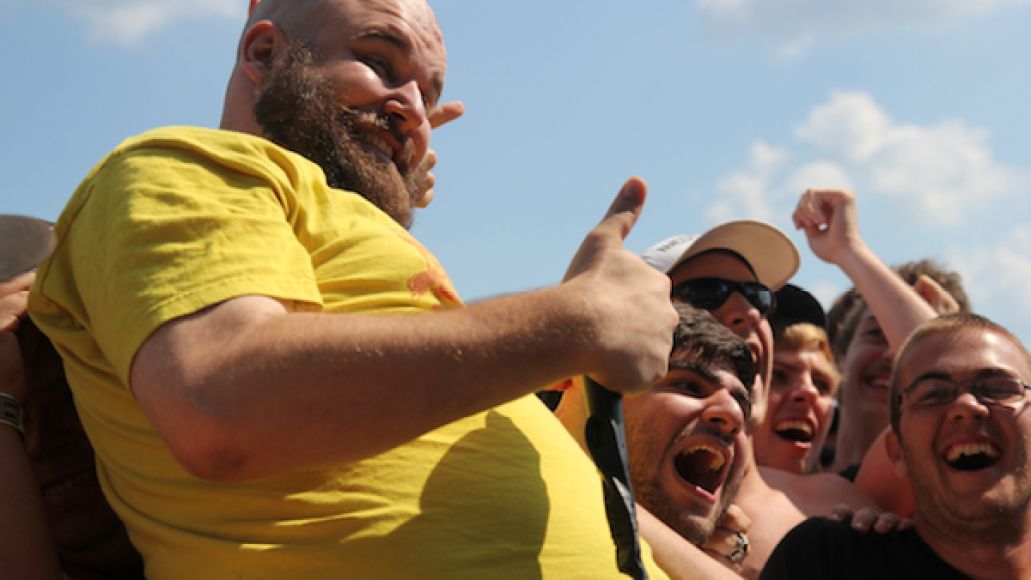 Event: Fucked Up @ Orion Music Festival
Photographer: Michael Zonenashvili
What Michael Says: “Probably the only time I’ve had too many photos to choose from! Moments like this were aplenty with Damian Abraham hugging audience members and involving them in any way possible.” 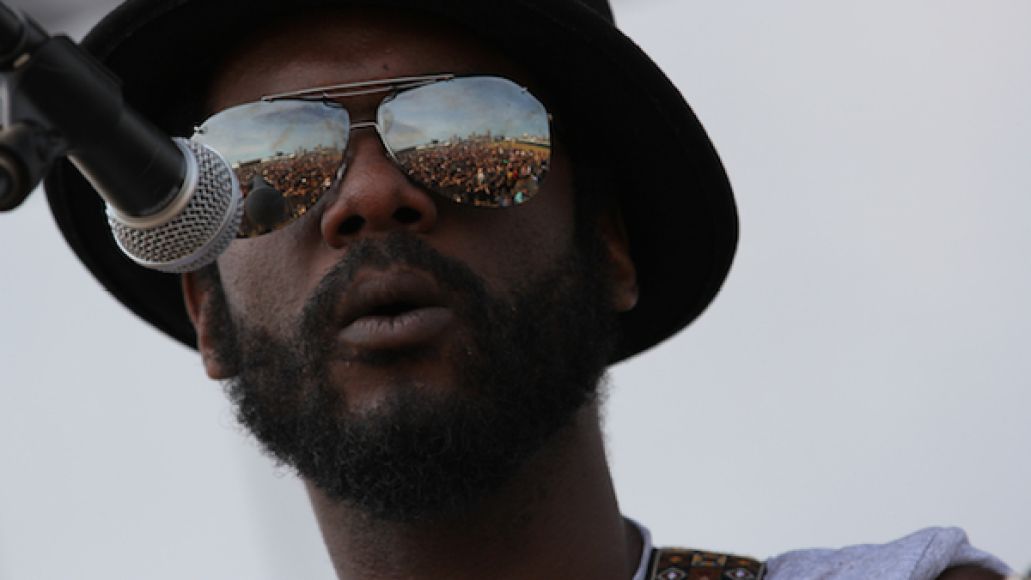 Event: Gary Clark Jr. @ Orion Music Festival
Photographer: Michael Zonenashvili
What Michael Says: “This man just exudes smoothness. You can’t tell in his glasses but the crowd was small, and he could not care less. Clark was smooth and unphased.” 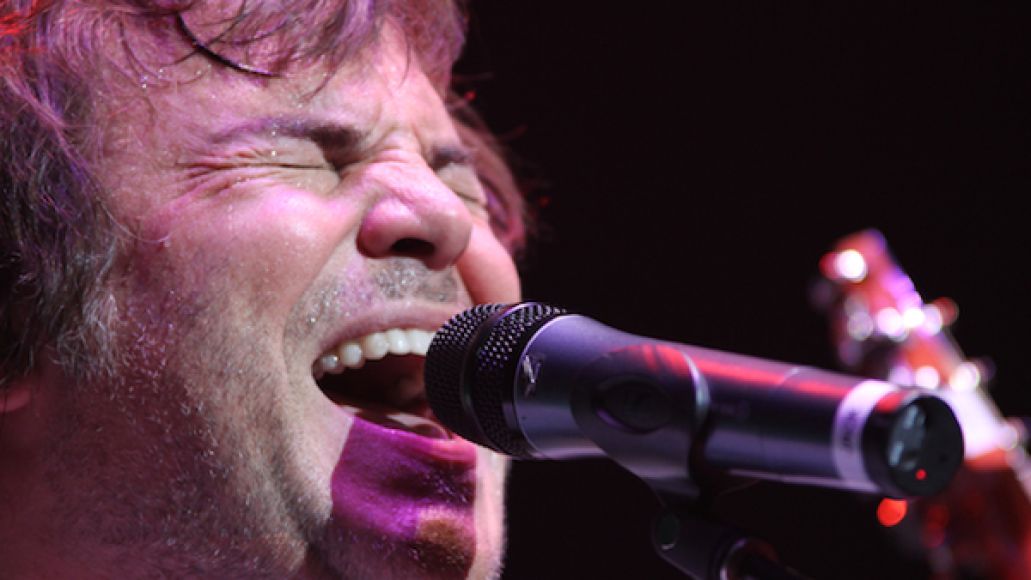 Top Photos of the Month (June)