Looking back at their early years, it’s hard to believe that Animal Collective would sound so comfortable sitting at the top of the indie music world. At one point, Feels sounded remarkably mainstream for the Baltimore four-piece, but their organic, space amoeba-like growth led to progressively larger audiences without losing any of their weird edge. They migrated all the way from manatee dancing and campfire singalongs to headlining festivals in trippy glory akin to the Grateful Dead. While no one would accuse them of resting on the laurels of Merriweather Post Pavilion — arguably their most accessible work — the follow-up, Centipede Hz, explores its own labyrinthine interior rather than take advantage of the intense anticipation generated by Merriweather’s newly massive, crossover footprint.

The biggest differences between Centipede Hz and the band’s earlier albums lie in tone. This is a band that can draw from gurgling synths and raga rhythms, from obscure Eastern European folk, Latin American psychedelic rock, and from packets of jam served with an airplane breakfast; which is to say, their tonal shifts are vast. While many of Merriweather’s most successful songs felt festive to the point of indulgence, the successive, building layers on tracks like Centipede‘s celestial, Beach Boys-y “Rosie Oh” seem to push deeper inward, much like Avey Tare’s Down There. Their latest album may not be quite as viscerally dark as that record’s production (the haunted house bridge on “Mercury Man” hits closest), but Tare’s solo claustrophobic musings still seem to be just as intrinsic, especially since Tare takes a large slice of the vocal spotlight. He doesn’t bark as hard as he has in the past, but he still noticeably leaves Panda Bear’s gliding, easily digestible moans on the sidelines.

Centipede Hz is upfront about its intentions of difficulty, announcing them with a tone equal parts self-aware and challenging. A mechanized voice opens the album– “This is the new centipede FM”– followed by bursts of gritty, rhythmic noise. The song that unfolds, “Moonjock”, establishes the ensuing futuristic textures and reflective lyrical themes. Tare’s discussion of road trips with his family is exactly the kind of bleary nostalgia for childhood ease that buoyed the band’s early material. However, while tracks like Campfire Songs’ blissfully eerie “Doggy” left space for wonder, here synthetic wobbles bounce insistently and distractingly from ear to ear, pushing into discomforting territory.

The bigger hooks on Centipede Hz similarly distinguish themselves with crowded propulsion. The stuttering of the word “let” in “Today’s Supernatural” is a fluorescent ear-worm backed by twisted versions of Tare’s own voice and hand-pumped, organ-like warbles, building to an explosion that decimates everything. On songs like “My Girls” or “Derek” from Strawberry Jam, the joys of family and new growth seem to lie at the forefront of the songwriting process, leading to the overwhelming positivity that many felt from Merriweather. Then Tare’s life took a dark turn, and it showed on the intensely personal Down There. Centipede, then, attempts to fight past that bleakness, finding a grayer area tinged with interior uncertainty. “Monkey Riches” perfectly captures that questioning tone: Tare wonders aloud “how I even wrote this song” as tides of concussive, rhythmic electronics pour over him. He’s singing about existential uncertainty so smoothly that the cluttered instrumentation does as much insisting as the question itself.

This blend of musical hyperactivity and worried vocals continues, luring the listener into the album’s anxious incertitude. The chilly, amorphous “New Town Burnout” haunts in its squeak-bloop electronics and blurred backing vocals, Panda Bear’s words fading into minor key echoes as the song closes.”Wide Eyed” marks Deakin’s debut as a lead vocalist on a proper Animal Collective album, and he sounds similarly comfortable in both the darkness of life and his attempts at getting past it. “I’m still finding what’s sure/ And not getting lost in my mind/ I know I can try,” he croons over heavy bongos, washing away in its repetition before finding an answer, a common trope on Centipede Hz.

It’s possible that some will have issues with the lack of a crossover mega-hit on Centipede Hz — especially after the last album was soaked in that potential — but that comes from an unfair place. Merriweather merits tons of “modern masterpiece” discussion, but it’s hard to believe that the band felt then (or feel today) that it’s anything but the moment they had to make in that specific moment in their lives. And that’s precisely how this album feels: another personal moment, another link in a chain leading into an as yet unclear ether. This link happens to be a little less certain, a little darker, but connected to all of the ones before it, and leading ever forward. 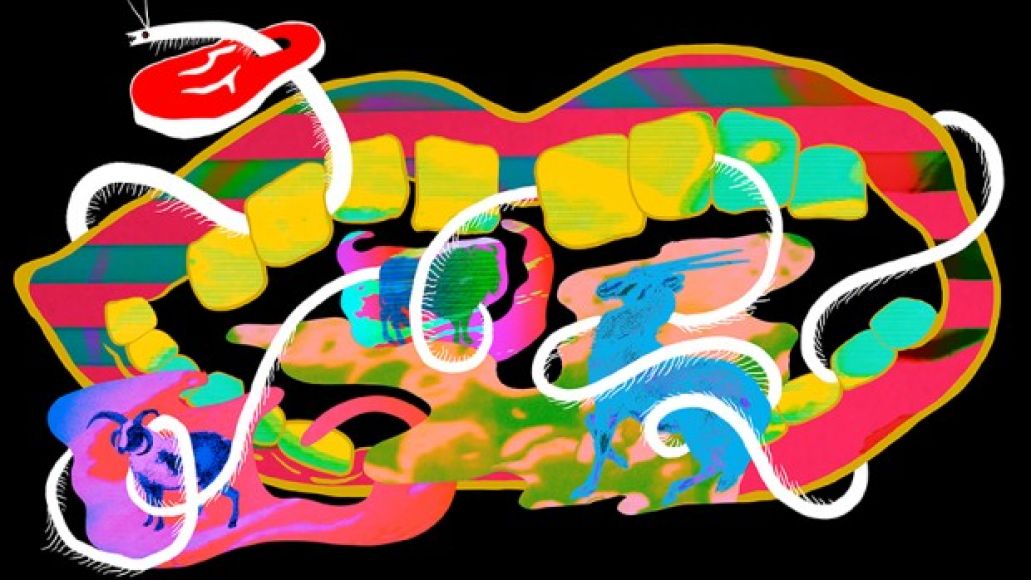