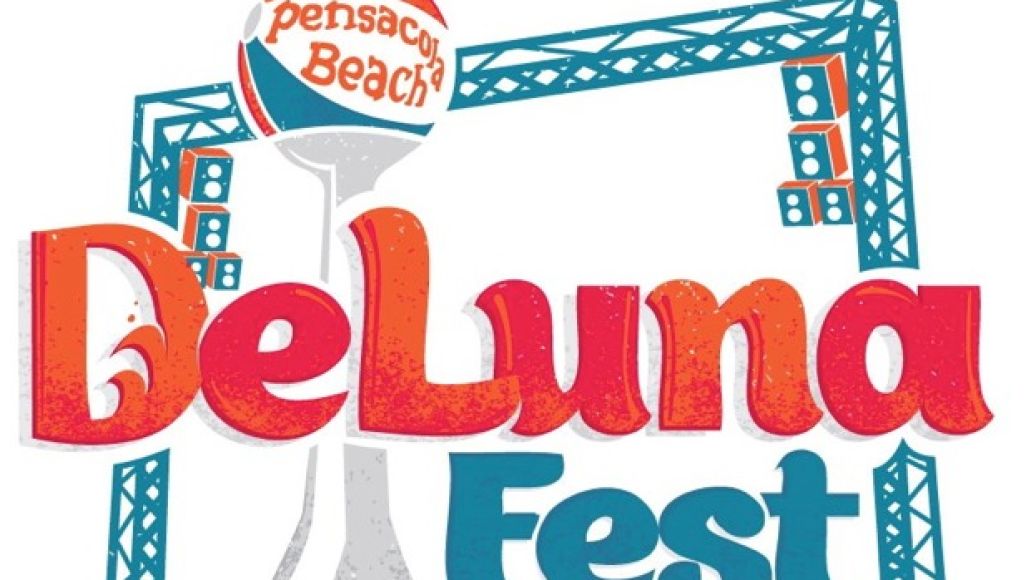 Gus Brandt, in his own words, sums up his life as “one great rock and roll swindle,” and he’s hardly kidding. From his earliest days as a small time punk rock promoter to his current lot in life as an in-demand tour manager, Brandt has seen, heard, and taken in as much of the rock ‘n’ roll lifestyle as any one person could possibly withstand over the past 20 years. But while he’s logged a lot of miles on the road, the Foo Fighters’ resident tour manager has circled back to his roots in recent years as the talent booker for the Pensacola-based DeLuna Fest, which now in its third year boasts a lineup featuring the likes of Pearl Jam, the Foo Fighters, Guided by Voices, Superchunk, and many others. We caught up with Brandt while on tour with Tenacious D to talk about life on the road, what it takes to book a summer festival, and living out every rock ‘n’ roll fan’s dream.

You’re on the road now, right?

We’re in Kansas City, and we’re about a week into the tour. It’s fun, easy, everyone’s nice, so no complaints. Life’s good.

And after this you’re hitting the road with the Foo Fighters.

Yeah. Foo Fighters are pretty much my mainstay. I’ve been with them since 1996, maybe early ’97. When we’re not working, I’m doing weird stuff to keep my tour managing skills up to shape. Tenacious D are friends of the band, and they’re a fun, easy bunch of guys. So when my schedule allows, they invite me on their tour.

The Foos seem like they’d be a fun band to work with.

It’s very familial and very fraternal. We’ve been together for so long that it’s kind of shorthand. We do what we need to do, when we need to do it. No one needs to tell me; it’s like ESP.

How has the culture on the road changed with those guys over the years?

Now, it’s all babies and families and wives. Back in the day, it would be the five of us, and we’d tour for eight or ten weeks, take a week off and go for another ten weeks. Now we stroll. It’s a couple of weeks here, some time off and a couple of weeks there. It’s more civilized. I mean, we all used to share rooms in seedy hotels, but once we discovered room service, free calls, and free HBO, it was all over.

How does being a tour manager work? Is there a stable of bands you typically work with?

I’m at the level now where I can pick and choose. If I don’t like someone’s music, I won’t work with them, which is nice. I don’t chase jobs like I did when I was 24. I can be picky now, which is fun. I just really enjoy the job.

I’d imagine it’s not worthwhile if you’re forced to work with someone you don’t like.

Totally. It’s a tough job, but I try to make it very easy. I try to make it like I’m not working, but I think I’m pretty good at it. I’ve never been fired or dis-invited, and I’ve worked with a lot of different bands like Blink-182, Nine Inch Nails, Cypress Hill, Rage Against the Machine.  I was Eminem’s tour manager on his first tour. So, I’ve been around. I’ve got some miles on me.

How did you get into tour management? I’m guessing it’s more than filling out an application.

I was a punk rock promoter growing up. I was living in Pensacola promoting punk rock shows. One day after a Bad Brains show, I thought, “Some of the guys who work for them were absolute dickheads.” I just thought I could do that job. I could do it better: I won’t be high, I won’t be mean, and I won’t make the people who work to make it happen hate the music because of the people who work for them.

You just saw a better way of doing it.

I thought so, yeah. And I think I’ve succeeded, I guess. Most people like me and like the bands I’ve led into battle. I don’t think there’s many enemies except for ex-wives and divorce lawyers. 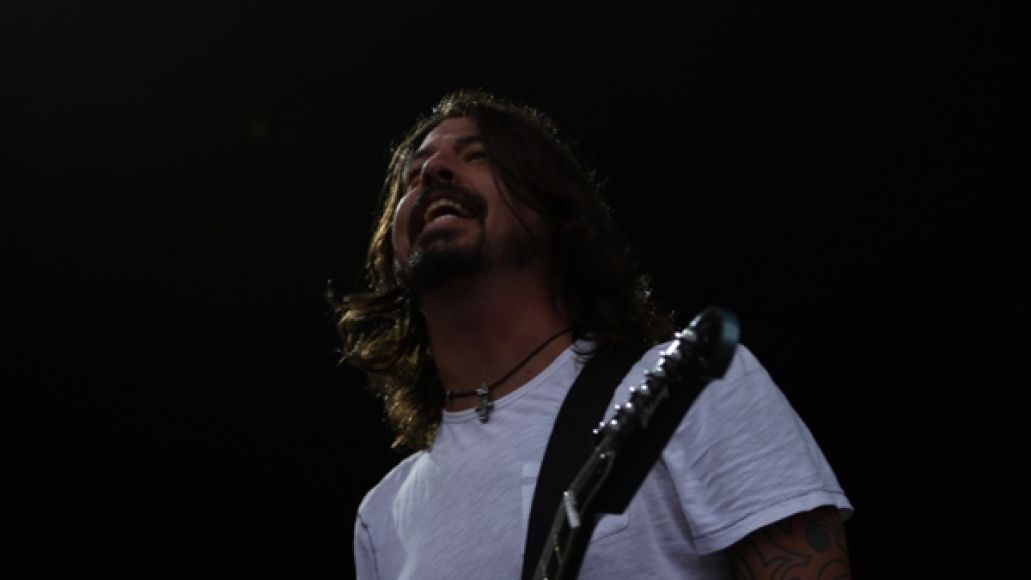 So, you just worked your way up?

Yeah. I was doing punk rock shows, or really just shows in general for bands like the Flaming Lips, Soundgarden, Social Distortion, Bad Religion, just all kinds of different bands. At the same time, I was working for the newspaper in town as a music writer; then I started working at the local radio station. So, I was doing all of these jobs that were all sort of on the nipples of music, and then I just went on tour for 13 weeks with Pennywise and Down by Law in Europe. We had a piece of paper with a list of dates; that’s it. There were no cell phones or Internet. It was just a bunch of guys driving in a van through Europe.

I think it was 1992, and it was my first time in Europe. I idolized those early SST bands like Black Flag and The Descendents. I used to follow them on tour and see what they did. They just did their thing and didn’t really care who paid attention. If you liked it fine, and if you didn’t, they just kept playing.

So, you identified pretty early on with that idea of toughing it out on the road, even before you got into tour managing?

Yeah. And I used to promote shows with those bands. They used to tell stories about how they played a show to four people in a pizza place or how skinheads stole their gear in Orlando. It was always interesting and kind of romantic to hear about.

And now with DeLuna Fest, you’ve sort of circled back to promoting. How long have you been booking for the festival?

Since its first year. My friends were trying to drive tourism back to Pensacola, and they needed help booking. And because I was the guy who worked with Pearl Jam and Redd Kross back in the day, I started booking the fest. I knew all these bands, and I figured I could do it pretty easily. And it was pretty simple. I called up Pearl Jam and said, “Hey guys, do you wanna play?” They said no. Then I called back and said, “Hey guys, do you wanna play?” Then they said yes. It’s been fun, even if it’s been 15 or 16 years since I’ve booked a band.

Does persistence pay off that way when booking a festival like this?

It does, but it also helps that we’re all friends. It’s a tiny circle of people that all know each other and all grew up at the same time.

Did you have prior experience booking festivals prior to doing DeLuna Fest?

I have experience going to festivals and telling people what’s wrong with them. I wanted to treat this lineup like a playlist… and just see who I could get to come to Pensacola. It’s got a nice beach, and it didn’t get quite the love it deserved in the whole BP oil spill. Our town was really hurt, so a lot of what’s happening with DeLuna comes back to civic pride. There’s a lot of civic pride in this for me. It’s a great bill. I think it’s one of the best bills this year, or maybe that’s just me being cocky. 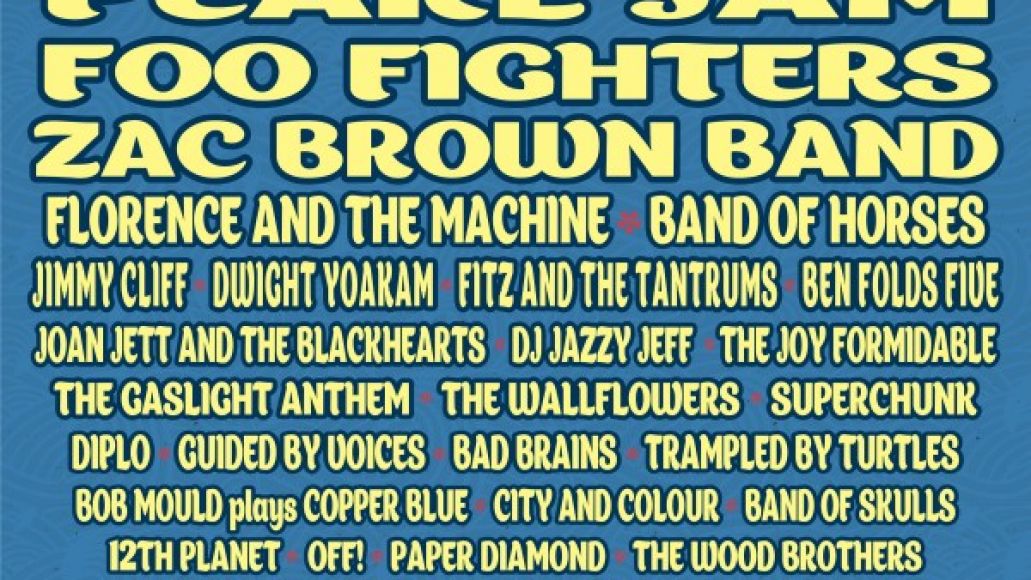 With many of the major summer festivals, there’s a lot of overlap in the lineups from one to the next. But DeLuna seems to have avoided that trap by providing a diverse offering of bands. Was that a goal of yours when you were booking this year?

Yeah. No offense to any of the bands, but you’re right. There’s so much overlap; it’s like the same four or five bands at each festival. Have you seen that joke poster that came out around the time of Coachella?

It’s on the Internet, but it had a list of bands playing like “The British band you’ve never heard of” and “The guy with the crazy hair.”

Yeah, like they’re booking to type rather than simply booking good bands.

Right. But for me, I look at it like, well, Steve McDonald from Redd Kross is in two bands. Why not book both of them? I like Dwight Yoakham. Maybe people would like to see Dwight Yoakham. Why not put him on right before Pearl Jam?

And I have to say, you guys might be the only ones to land DJ Jazzy Jeff.

Yeah, he’s a friend of a friend. And a lot of booking this festival has been just that, just me going, “I met this guy at a festival and let him use my toilet,” or “We got a ride from that guy at an airport shuttle.” I just get on the phone and call people.

What kind of time and energy goes into finalizing a lineup for this big of a show?

I started helping them in December of last year. It’s been that long, and now we’re already looking at booking bands for next year. The trick is finding out who is the one headliner everyone wants to see. For me, I’m looking for the guy that nobody’s thinking of. I want the headliner to be somebody that makes people go, “Whoa, they’re still around?” I’d love to talk to The Replacements or get HÃ¼sker DÃ¼ back together, but I know that will never happen.

Those guys still can’t be in a room together 25 years later.

No, and if you read Bob Mould’s book, you’ll understand why. Have you read his book?

When it comes to booking a festival like this, it seems like it comes down a lot to intuition, because it’s kind of an imperfect science. How much of it is a matter of following your gut?

You have to anticipate things almost eight months ahead. It’s a lot of “Who has a record coming out this summer?” “Who will people be paying attention to?” So, you get bands like Redd Kross and OFF!. Superchunk kind of got bullied into playing because I just love that band. Bob Mould wanted to play, and I love Bob. I toured with him once, and I kept him awake at night just geeking out with questions about HÃ¼sker DÃ¼ and Sugar.

Has booking the festival given you the urge to dive further back into promoting?

Yeah, for sure. It makes me miss it. It reminds me of the days helping Green Day and booking shows with them in little clubs. And seeing them now, it makes me miss the growth, you know? Just watching a band rise. Primus and 311 were a few other bands I worked with like that. So, yeah, I think about it and talk about it. I just have to see what my schedule is like for next year. My time is pretty much booked in years these days.

Do you ever have moments where you stop and take stock of everything you’ve done and seen over the years? As a music fan, it seems like a great way to live your life.

Oh, are you kidding? I pinch myself all the time. I’m always amazed when I get to go to dinner at Neil Young’s house for the Bridge School benefit or talking to Mick Jagger. I just geek out all the time.

This year’s DeLuna Fest is scheduled for Sept. 21-23 in Pensacola Beach, FL. Tickets are currently available at the festival’s official site.