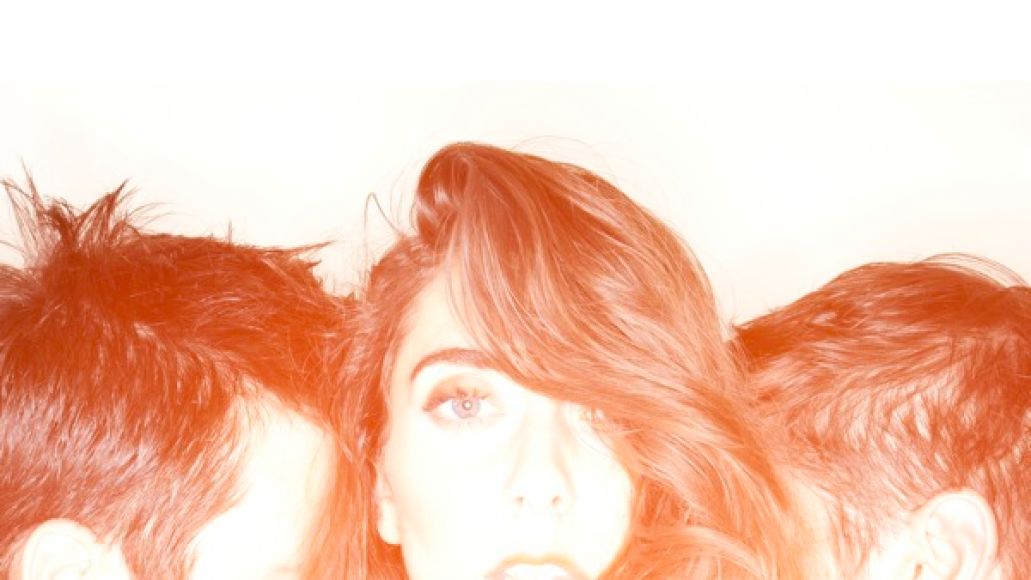 The story of ON AN ON is only a few months old. Earlier this year, brothers Jason and Baron Harper informed their bandmates in Scattered Trees that they would be departing the group. Hard as it was to see their friends go, remaining members Nate Eiesland, Alissa Ricci, and Ryne Estwing were now left in a bit of a bind: studio time had already been booked to record the followup to Scattered Trees’ Sympathy. Should the trio carry on with the name and find some new players? Or would the Trees be chopped down, with a new band sprouting up from the remains?

Two weeks before their trip to Toronto to record with producer Dave Newfeld (Broken Social Scene, Los Campesinos!), the three were waiting in line to catch Miike Snow at SXSW when the decision was made. Scattered Trees would play the remainder of their tour schedule, and then ON AN ON would begin. Eiesland, Ricci, and Estwing headed into the new project with caution tossed to the wind. They would break the boundaries of their previous band’s smooth indie-pop sheen, working with Newfeld to craft a sound strewn with scattered electronics and hazy atmospheres.

The end result is Give In – a fitting title for a band that has acceded to their musical impulses. With the album coming January 29th, 2013 from Roll Call Records, ON AN ON has released one of the ten tracks for early consumption. “Ghosts” has all the textures we can expect from this new outfit, haunted yet exquisitely exposed, and you can check it out below.

For a further preview of Give In, catch ON AN ON out on tour this September with Reptar and Rubblebucket, and you can check out the full itinerary below.