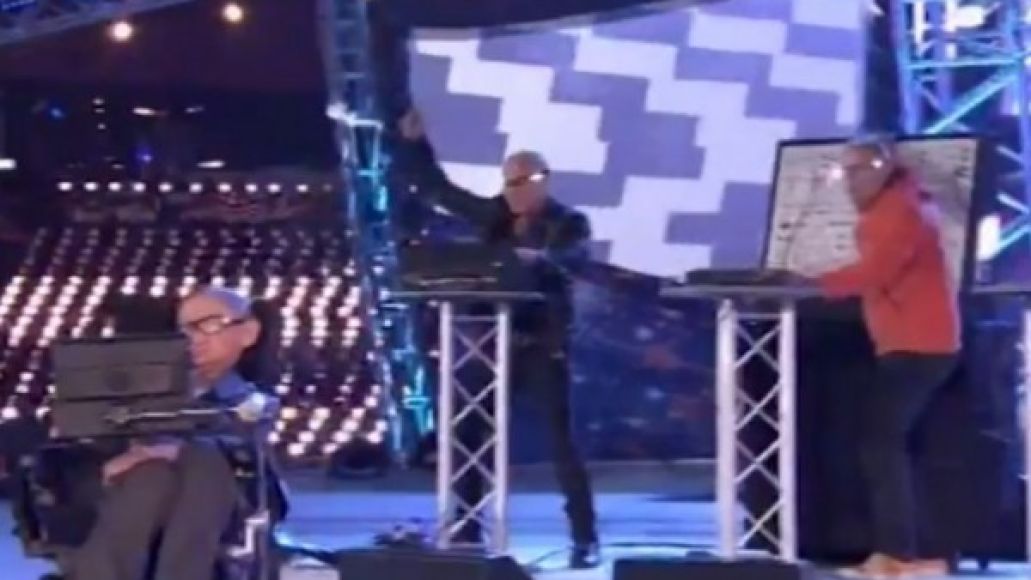 The opening ceremony of the 2012 Summer Paralympics took place in London yesterday, and featured seminal UK electronic duo Orbital performing their new song, “Where Is It Going?” The track samples Stephen Hawking, who appeared on stage with Orbital as a team of dancers transformed Stratford’s Olympic Stadium into the Large Hadron Collider. Orbital mashed their song up with a group of disabled musicians doing an awe-inspiring cover of  Ian Dury and the Blockheads’ “Spasticus Autisticus”. Sir Ian McKellen among many others danced along side, and presented something that’s pretty much one hundred times more powerful than anything Danny Boyle came up with. Check out the video below (via Stereogum).

Orbital performs "Where is it Going?" with Stephen Hawking at Paralympics Opening Ceremony