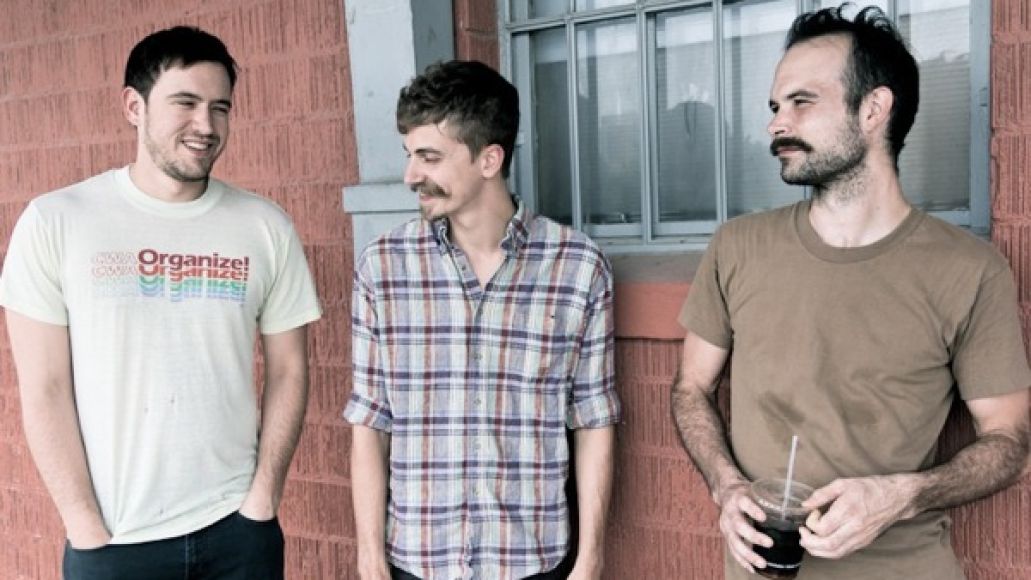 Chugging guitars swell into noisy crashes on the latest track from Boyfrndz’ upcoming debut LP, All Day Pass (set to be self-released on September 11th). The Austin trio recorded the album live in the studio, and “Hear Say” crackles with spontaneous energy, whether its Aaron Perez’ jittery drumming or Scott Martin’s all-over-the-place fretwork. Think early Jane’s Addiction: there’s spacey vocals and tinges of psychedelia, but it’s all thrown at the listener in heavy, bombastic doses. –Jon Hadusek 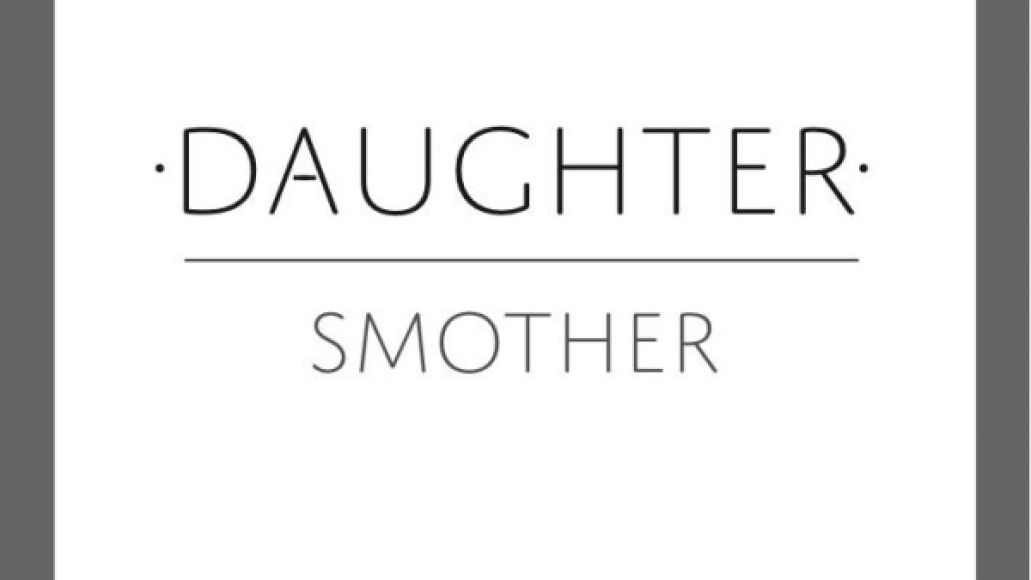 CoSigned English singer-songwriter Elena Tonra works under the name Daughter, and she’s set to show off her first musical offspring for Glassnote Records, namely in the swirling depth of “Smother”. Lyrically, the tune looks to the future, and the individual’s place in it. “I should go now quietly/ for my bones  I found a place to lie down and sleep,” she intones, simple acoustic guitar patterns layering in chilly wonder. Now a three-piece (thanks to the additions of Igor Haefeli & Remi Aguilella), Tonra’s haunting beauty is supported by a rich foundation of epic percussion and swarming effects. On October 2nd, you’ll be able to grab the tune, backed by a remix of previously released track “Run”. -Adam Kivel 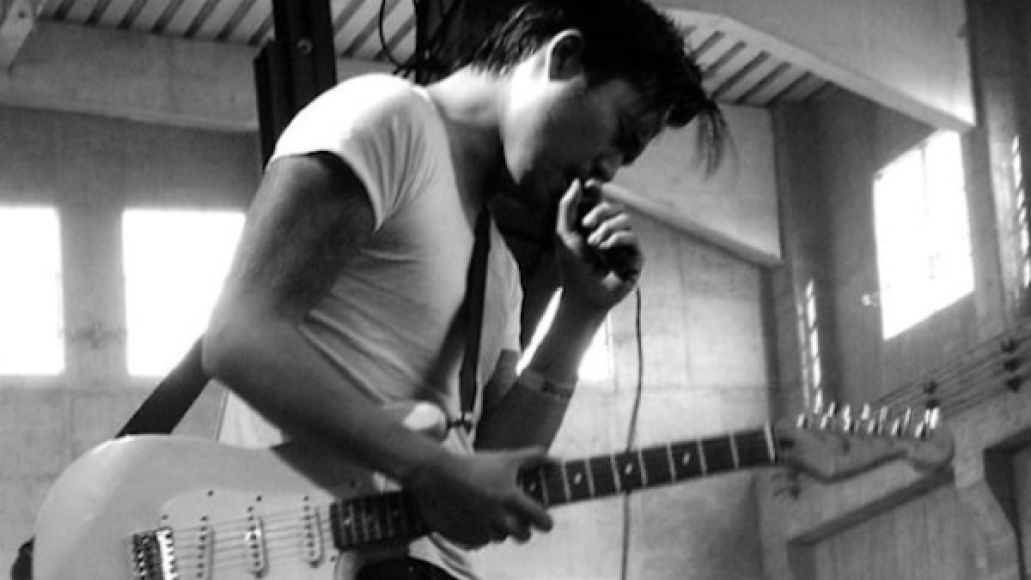 The murky recordings of Alex Hungtai (aka Dirty Beaches) sound like uncovered aural artifacts—music from another time and place. His latest single, “Elizabeth’s Theme” (from Kingfisher Bluez’s new singles series), is an instrumental track that evokes silent art films and antique phonographs. A vintage string sample meanders alongside Hungtai’s sloppy acoustic strumming, and the combined effect is bleak and colorless. He uses the lo-fi aesthetic as an instrument, a source for eerie ambiance. -Jon Hadusek

Flying Lotus feat. Erykah Badu – “See Thru to U” 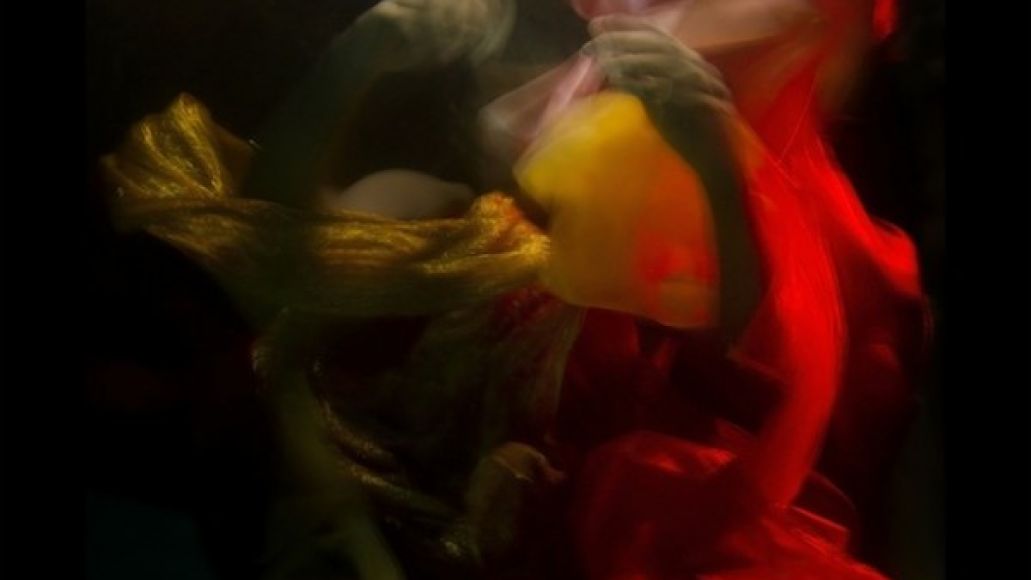 While Flying Lotus hasn’t exactly been quiet (releasing a tune with the Adult Swim Singles Program, as well as some instrumentals), the excitement for Until the Quiet Comes (due October 2nd via Warp) has been loud. “See Thru to U” is a long-awaited early taste of that record, and the cavernous percussion, tumbling synths, and Erykah Badu provided vocals meld into a trippy jazz wonderland. Badu’s effected delivery is less melody and more instrumental layer, while FlyLo’s instrumental twirls and dives majestically. -Adam Kivel 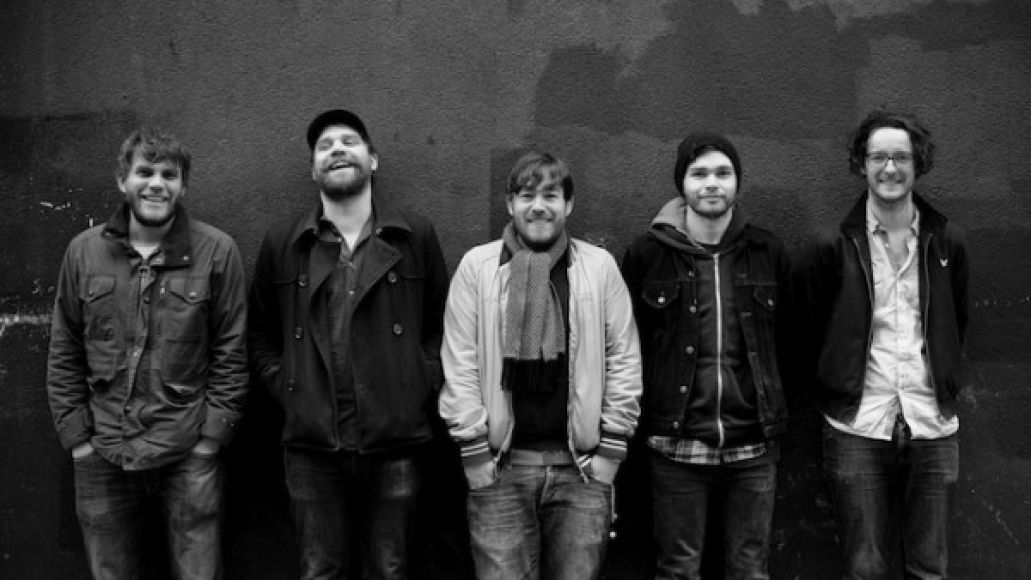 State Hospital, the new EP from Scottish folk-rockers Frightened Rabbit (due September 25th via Atlantic) marks the first time vocalist Scott Hutchinson has shared songwriting duties with the rest of the band. The title track’s loud-soft-loud structure shows off Hutchinson’s accent-heavy vocals; he hits the high notes and carries the long ones, all while guitars chime at seemingly random intervals. All the textural chaos works in Frightened Rabbit’s favor, creating a backdrop that reinforces Hutchinson’s yelps. -Jon Hadusek 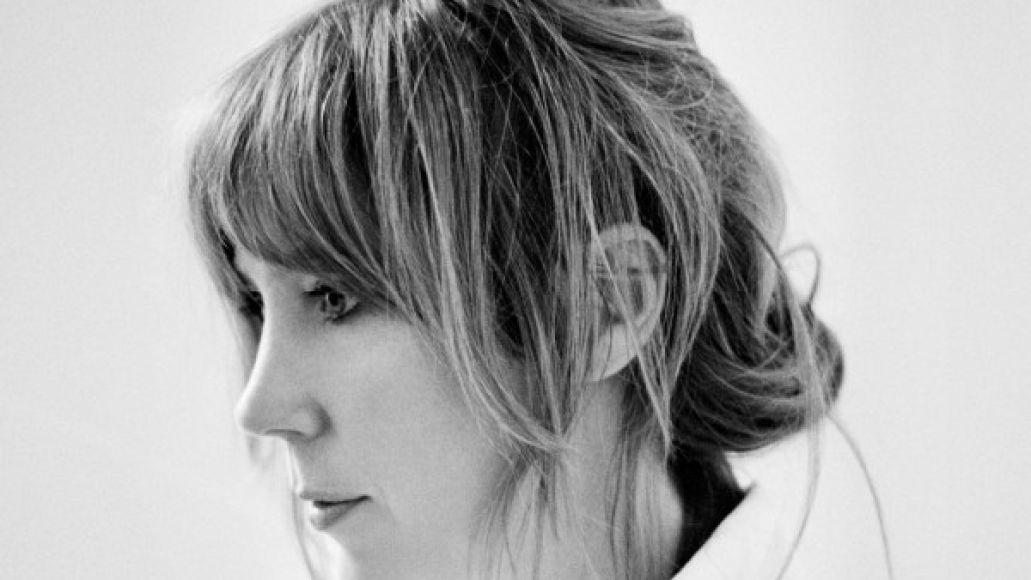 Beth Orton wrote “Magpie” after watching birds gather outsider her bedroom window. The opening track for her first album in six years Sugaring Seasons (out October 2nd via ANTI- Records), the song continues as they followed her throughout the day. “These birds hold wisdom for me,” she said in an interview with Rolling Stone. “They are also oblivious to the fear they raise in others.” There’s not a hint of the folk-electronica Orton patented on her early releases, only gentle acoustic picking, strings, drums, and her voice. The song slowly builds on these components before closing on Orton’s half-spoken delivery of “I won’t be here anymore.” -Jon Hadusek 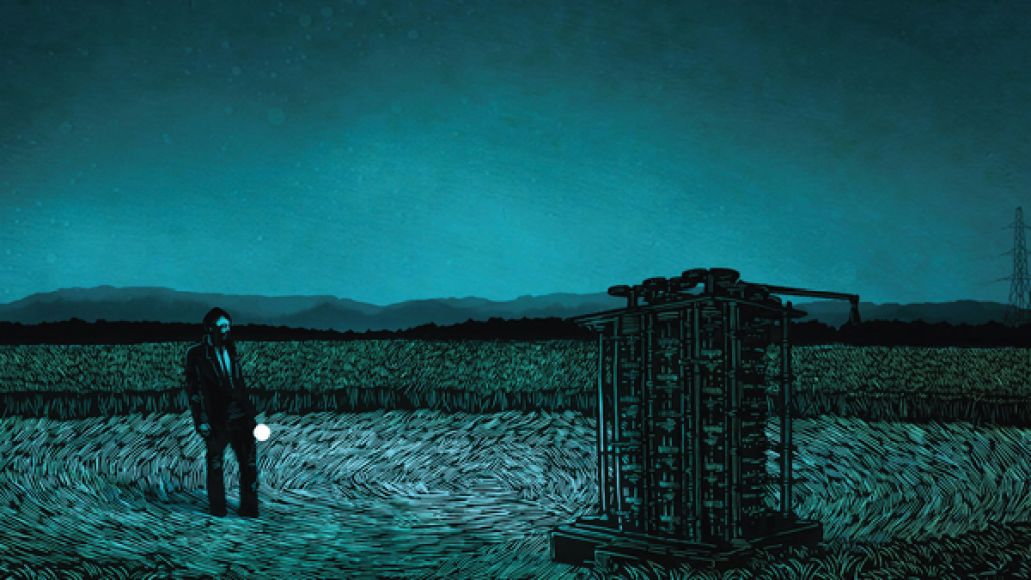 The lead track off of Pinback’s Information Retrieved (due October 16th on Temporary Residence Ltd.), “Proceed to Memory” lays back with pulsating bloops and bleeps (reminiscent of The Sophtware Slump era Grandaddy). This is the first new LP from the San Diegans in five years, and the preview track quickly finds momentum behind Rob Crow’s angsty vocals and chorus-drenched guitar. “You won’t even have that memory,” Crow shouts during the song’s climax. The instrumentation eventually drops out, and the dripping electronics resurface as an outro. -Jon Hadusek 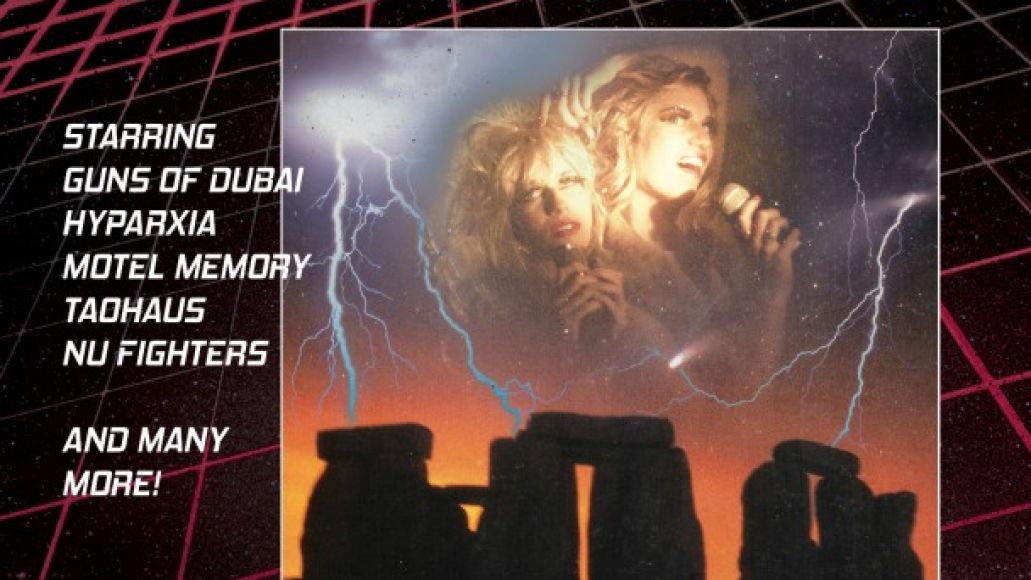 Even when they were being themselves, Prince Rama were a little weird, sisters Taraka & Nimai Larson drawing from their Hare Krishna childhood for their droning experimentalism. And now, for their next album, Top Ten Hits For the End of the World (due November 6th via Paw Tracks),they’re portraying 10 fictional, apocalypse-fueled bands that seem to be even weirder, including Rage Peace. The track under that band’s name, “So Destroyed”, sounds like some dubby, blown-out Bangles cut, the supposed “Bob Dylans of a whole generation of angry youth” chanting and cooing over limber synths and swanky bass. While the backstory may be a little bonkers, this tune is head-bobbingly fun enough to survive without it. -Adam Kivel

Swans – “Mother of the World” 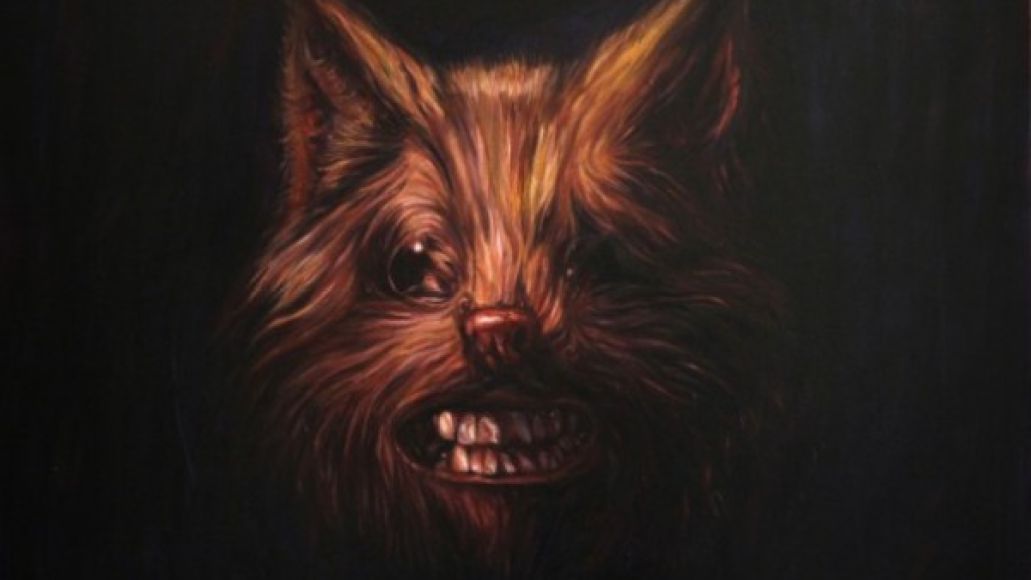 When a prolific artist like Michael Gira says that a new album is the “culmination of every previous” album he’s ever made, you should take notice. The recently reactivated Swans take up their leader’s legacy on The Seer (due August 28th from Young God), and early cut “Mother of the World” justifies that talk. The industrial, motorik groove rides on for over four minutes before Gira’s vocals kick into full effect, his sneer audible. The track’s raw, undeniable energy carries even into the acoustic fade, Gira eerily questioning, “and where are you now, oh mother of the world?” This is some dark stuff, and just as powerful as Swans back at their first creepy peak. -Adam Kivel 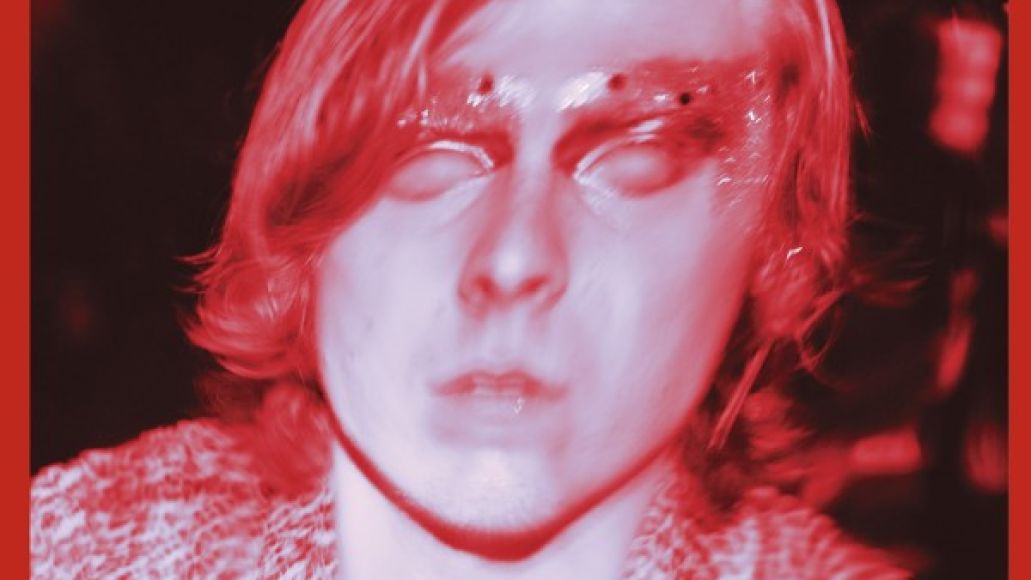 Last week it was The Fresh & Onlys taking inspiration from The Smiths, and this week another SF garage mainstay is looking to classic reference points. Ty Segall’s wild, energetic delivery echos some wild John Lennon territory on “The Hill”, a single culled from the prolific rocker’s third LP of the year Twins (due Oct. 9th from Drag City). After a breezy intro of female vocals, Segall’s always roaring chords and walloping rhythm build to a guitar solo rooted in intense vibrato and a squeal of feedback. While still rooted in traditional world, Segall manages to make everything sound fresh. -Adam Kivel