The odds were against this one from the beginning. When Kanye West founded label G.O.O.D. Music in 2004, it was just him, Common, and John Legend – three guys who, despite a few obvious differences between them, shared enough ground to make sense as a team. But in the years since, Kanye has added the likes of Pusha T, 2 Chainz, Big Sean, The-Dream, CyHi the Prynce, and Kid Cudi, some of whom are viable creative presences, some of whom seem to be on the team for mere commercial potential. Taking the lineup as a whole, though, it always seemed unlikely that Cruel Summer, G.O.O.D.’s first full-length group project, would turn out to be a classic, or even entirely coherent. Too many voices, too little camaraderie.

But it wasn’t just the album’s blueprint that foreshadowed how underwhelming Cruel Summer could be. In the run-up to the album’s release, six of its songs came out either officially or unintentionally. First was “Mercy”, the five-and-a-half-minute smash that starts with Big Sean using the word “ass” in five consecutive lines and ends with a quasi-trance suite that precedes a characteristically banal 2 Chainz verse. Then, about a month later, it was G.O.O.D.’s remix of Chief Keef’s “I Don’t Like”, a pummeling, now-ubiquitous disparagement of material and social mores, to put it cleanly. Neither of these songs were bad (B.A.D.?), but they came from nearly opposite ends of G.O.O.D.’s collective continuum, and made clear that Cruel Summer wasn’t going to touch anything like the thematic concision of, say, Kanye’s My Beautiful Dark Twisted Fantasy or Common’s Be.

With the entire 12-track album now available, it’s safe to say such a premature evaluation was valid. But it’s not an embarrassment to all involved – not even close. For starters, the beats here are uniformly great. Kanye had a hand in producing nearly every instrumental on the album, but he also brought back guys like up-and-comer Hit-Boy who produced “Niggas in Paris”, and found new producers like Warp Records-signed Glaswegian Hudson Mohawke to get to sonic properties that might otherwise have been unreachable. These were smart moves.

Single “Clique” doesn’t quite sound like the “center-of-the-universe-type shit” Pitchfork‘s Ian Cohen recently brought up, but its bass-slurs and monstrous opera samples prove worthy of the song’s reunion of the Throne (that is, it features Jay-Z as well as Kanye). Other productions of note include “New God Flow”, the piano-powered charge that is, easily, the best song on the album; John Legend and Teyana Taylor’s “Bliss”, whose twinkling guitar licks and massive synth hits are reminiscent of MBDTF’s most blown-out passages; and “To the World”, which has stuttering drums and several keyboard sounds – plus a to-the-moon, to-the-stars R. Kelly hook – amounting to something like this album’s version of Watch the Throne’s “Lift Off”.

And thank goodness for all that, because musical touches like those salvage some of what’s lost due to all the unpredictable rapping. Kanye’s takeover on “New God Flow” is one of his best, most impassioned performances ever, with lines about everything from “three dreams: Biggie Smalls’, Dr. King’s, Rodney King’s” to Chicago’s ongoing youth-violence epidemic; but just a few minutes later, there’s CyHi, possibly G.O.O.D.’s weakest link, babbling about how, “By 21, they said, I’d be inside a graveyard,” as if that premature-death notion were still interesting in rap. Then, after Kanye’s kinetic solo “Cold”, an out-of-nowhere Mase ushers in the album’s second-half slide on the underwhelming “Higher” with what must be some of the most lethargic, monochromatic lines and cadences ever laid out on a rap record this big. Rule: For every fiery, self-serious verse here, you’ll find at least one maladroit dud.

What’s more telling than those misfires, though, is that even Kanye doesn’t always sound totally aligned. About midway through “To the World”, he comes in and growls a pre-verse “Motherfucker” (italics audible), like he’s about to hop on some of that center-of-the-universe-type shit– but then an entire minute goes by before we hear from him again, and the moment becomes unintentionally funny. And on “The One”, a few bars of Ye’s appearance from “God Flow” are repeated entirely (albeit slower), suggesting he wasn’t feeling determined enough during the track’s gestation to come up with a fresh verse. These are minor moments, sure, but when Kanye, probably the most creative figure to emerge in popular music’s last decade or so, has problems assimilating himself to his surroundings, it should be pretty clear how tough everyone else has it.

Cruel Summer was always too big to fail entirely. Even if some of the voices here (Common, Jay, R. Kelly) are as much as a decade past their prime while some (2 Chainz, Big Sean) are probably here for commercial intentions only, too many great songs and albums have been made between them for Summer to be deprived of artistry as a whole. Couple that with the obviously enormous budget that was used to make this thing, and there are times (“Clique”, “New God Flow”, “Cold”) when the album connects somewhere on the level of grandeur it should. Even Pusha T manages to come out unscathed, spouting widescreen narratives and pop-culture references faster than you can say “rap game Tarantino.”

But more often, the songs become too jammed-up with so many moving parts that it sounds like they’re actually immobile (see “The Morning”, minus Raekwon’s verse). This dilemma isn’t uncommon in team releases like this – it’s roughly what happened to Odd Future back in March – but that doesn’t mean it’s excusable. If we ever get a Cruel Summer sequel, let’s hope it’ll be a little tighter in focus and a lot more exclusive about what and whom it allows in. 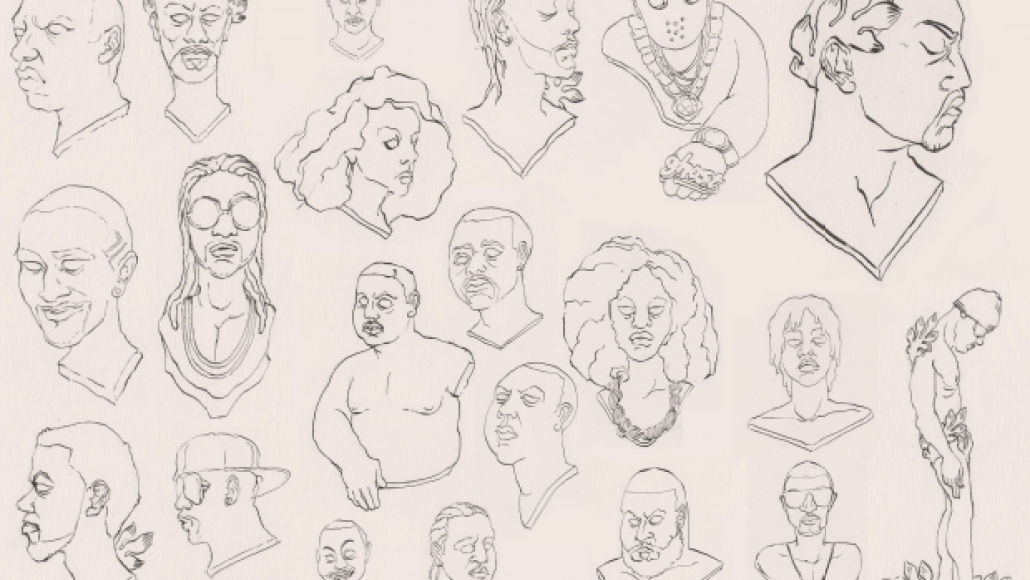