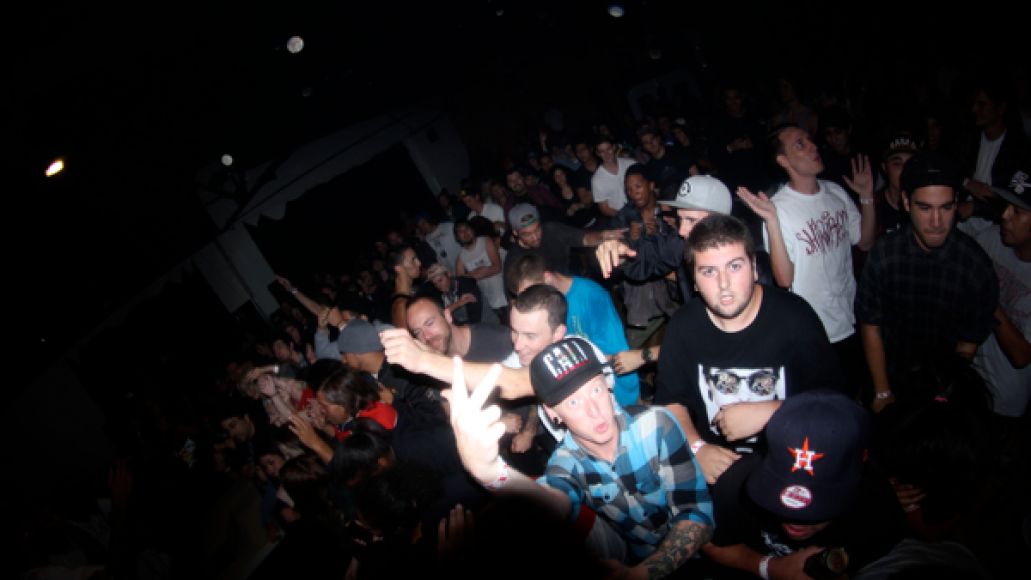 The youth of America has spoken very highly of Odd Future. Suffice to say, they flock wherever they go, and there’s really no demographic the rap collective can’t reach — or anything they can’t do, for that matter. Whether it’s charging $160 for shirts or taking over Adult Swim, Tyler, the Creator & Co. are unstoppable at this point. Their Camp Flog Gnar Tour, alongside fellow riotous buddies Trash Talk, only paints this quasi-apocalyptic picture.

When the two outfits announced a show at Santa Cruz’s Catalyst, there was little doubt it would be anything short of diabolical. With the town’s rich skating and surfing history and the town’s close-knit, DIY music community, it was the best environment for either party. Kids lined up around the venue four hours before doors opened, which only bred anticipation that would fuel the night’s deadly mosh pits.

Now, Odd Future’s smoke-laced set without a doubt annihilated the crowd at the Catalyst, but it was Trash Talk’s intimate gig shortly after at the hole-in-the-wall 418 Project that really scared everyone. Courtesy of local hardcore promoters, Bane Shows, this latter event thrilled Santa Cruz’s hardcore scene with fists and boots to the face. Sweaty, bloody, and beautifully chaotic — not even Odd Future’s fanbase of troublemakers were ready for it.

Check out some snapshots of the night below, courtesy of Ted Maider.