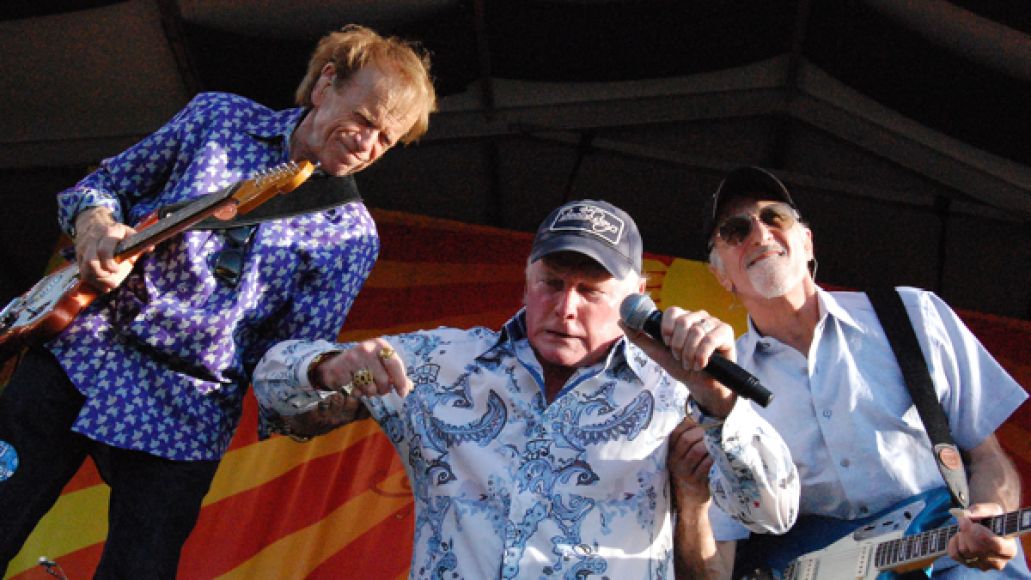 Last week, The Beach Boys issued a statement announcing that their 50th anniversary tour would conclude following their last UK tour date on September 28th, while Mike Love and Bruce Johnston continue on under the Beach Boys banner. As it turns out, this news caught the band’s other three surviving members — Brian Wilson, Al Jardine, and David Marks — completely off guard

“I’m disappointed and can’t understand why [Love] doesn’t want to tour with Al, David and me,” a surprised Wilson told CNN. “We are out here having so much fun. After all, we are the real Beach Boys.”

Love, who owns the rights to The Beach Boys, argued that this was always the plan. “You’ve got to be careful not to get overexposed,” he explained in a publicly released statement. “There are promoters who are interested [in more shows by the reunited line-up], but they’ve said, ‘Give it a rest for a year.’ The Eagles found out the hard way when they went out for a second year and wound up selling tickets for $5.” To be fair, The Eagles didn’t write two of the top songs ever.

It’s unclear whether this move will be sweet nectar or a Neptune Cocktail. Rolling Stone reports that a post-50th Anniversary show booked for October 6th at Nutty Jerry’s in Winnie, TX has already been canceled due to the lineup not being “the same lineup as the current ‘Beach Boys 50th Anniversary’ tour.”

For his part, Jardine has tweeted his support of an online petition asking Love to reinstate the axed members. “It’s the right thing to do,” the petition ends, “and it’s what the fans want.” If it’s what you want, head here to sign; as of this writing, only 7,103 signatures to go.