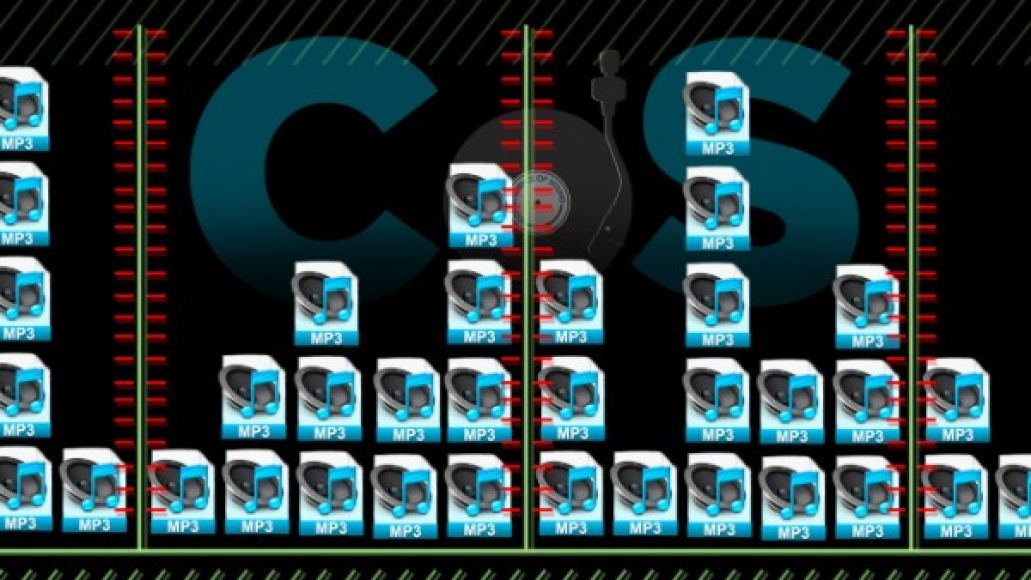 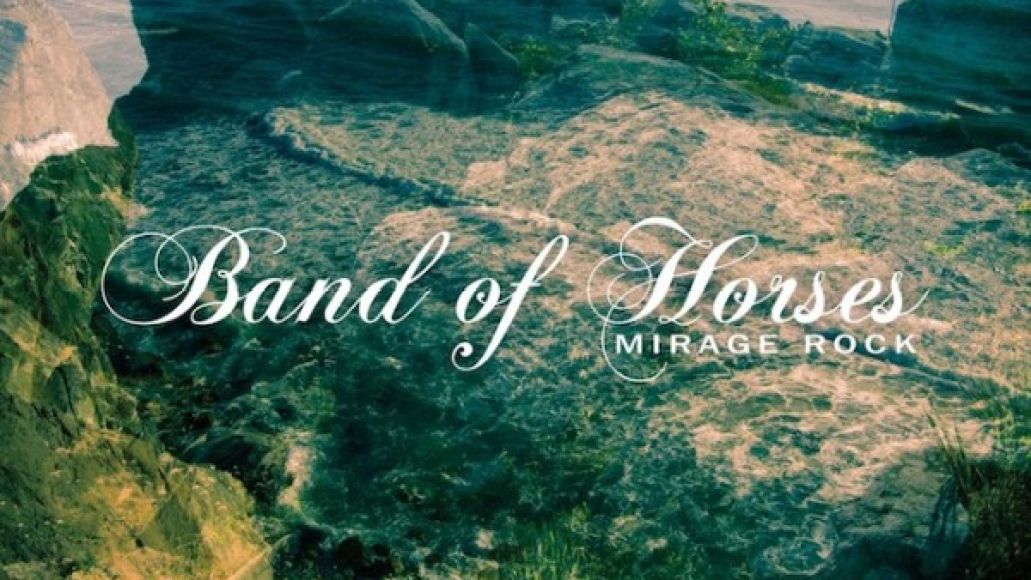 Ben Bridwell’s nostalgic storytelling is set against frail, jangling chords on the latest track from Band of Horses’ upcoming Mirage Rock (out September 18th via Columbia). Visiting his childhood neighborhood and hometown, Bridwell retraces the landmarks of his past, noting the abandoned buildings, the mountain roads, the people he scuffled with in high school. All of that has melted into memories over time, dripping into a fleeting nostalgia. Everything about this song (the subtle twang, the harmonized vocals) yearns for those bygone years. –Jon Hadusek

Danny Brown collaborations and features proliferate across the Internet week after week, but “Change” isn’t just another random track. Diehard hip hop heads have been waiting years for Danny Johnson, the collaboration between Brown, Blu, and producer Mainframe (the latter two known as Johnson&Johnson), and this is the first cut to be released from that upcoming disc. Plus, Brown’s never sounded quite this calm, and the walking strings and synth washes produce a lithe, noir-y rhythmic bed for his braggadocio. While the due date for Danny Johnson is still forthcoming, New World Color should have it out “soon” (which can never be soon enough). –Adam Kivel 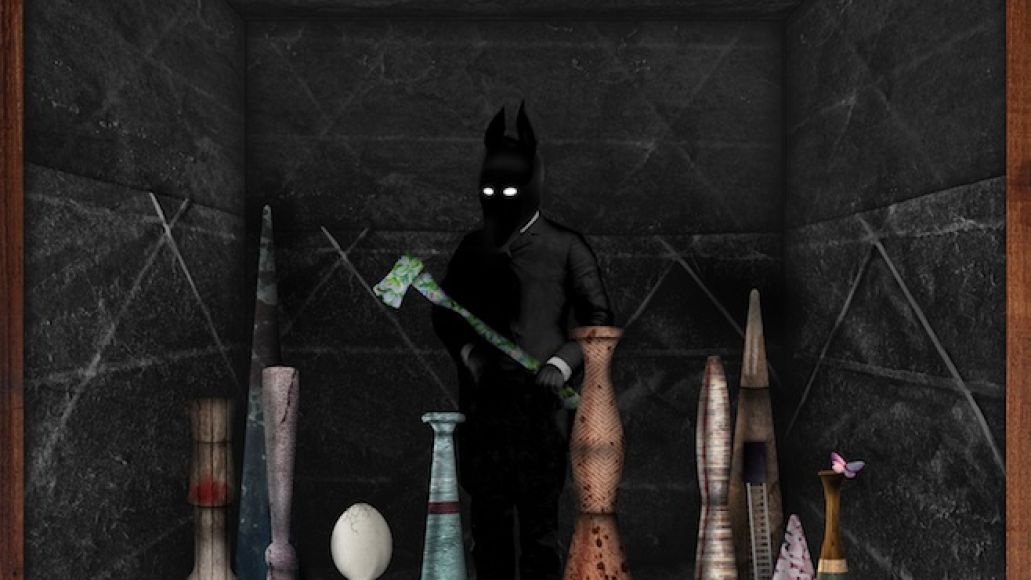 Death Grips provided the final installment in Adult Swim’s Singles Series with “@DEATHGRIPZ”, which, yes, takes its name from the band’s Twitter handle. On the track, the riotous punk-rappers slice and dice a vocal sample and pulse it in a blender with some bass-dropping electro-beats, only to pour out a delightfully trippy headrush. While this is explicitly not from their upcoming No Love Deep Web (due maybe possible sometime in late October hopefully via Epic/Columbia), it should fuel the flames that their last disc, The Money Store. –Adam Kivel

Legendary composer Philip Glass turned 75 years old this year, and to celebrate, an eclectic range of musicians including Beck, Dan Deacon, and Amon Tobin have come together to re-invision some of his pieces for Rework: Philip Glass Remixed (due October 23rd from Orange Mountain Music/Ernest Jenning/The Kora Records). Former Battles vocalist Tyondai Braxton pitched in a glossy, minimalist techno reworking of the spiraling orchestra on Glass’ “Rubric” (originally released on 1982’s Glassworks). Chopped samples of the strings and horns pulse throughout, but Braxton’s bouncy synths do the heavy lifting. –Adam Kivel 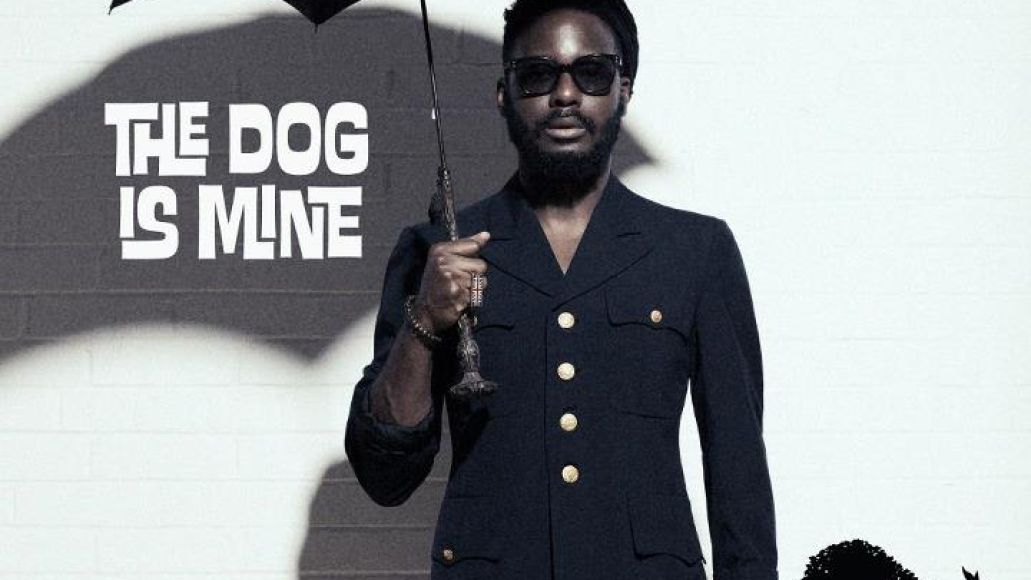 Toronto’s k-os trades rapping for singing on “The Dog is Mine”, the lead single from his new LP BLack on BLonde (out November 27th). Equal parts Black Keys and Black Eyed Peas, this breakup anthem is built around a dirty blues riff and k-os’ tenacious insistence on keeping the dog if the relationship crumbles. Also, there’s an off-kilter verse that comments on our technology-driven society and how we all stare at monitors and follow each other on Twitter. But this is mostly a breakup song about slamming the door as you leave your girlfriend’s apartment for the last time. –Jon Hadusek

of Montreal – “Our Love is Senile” 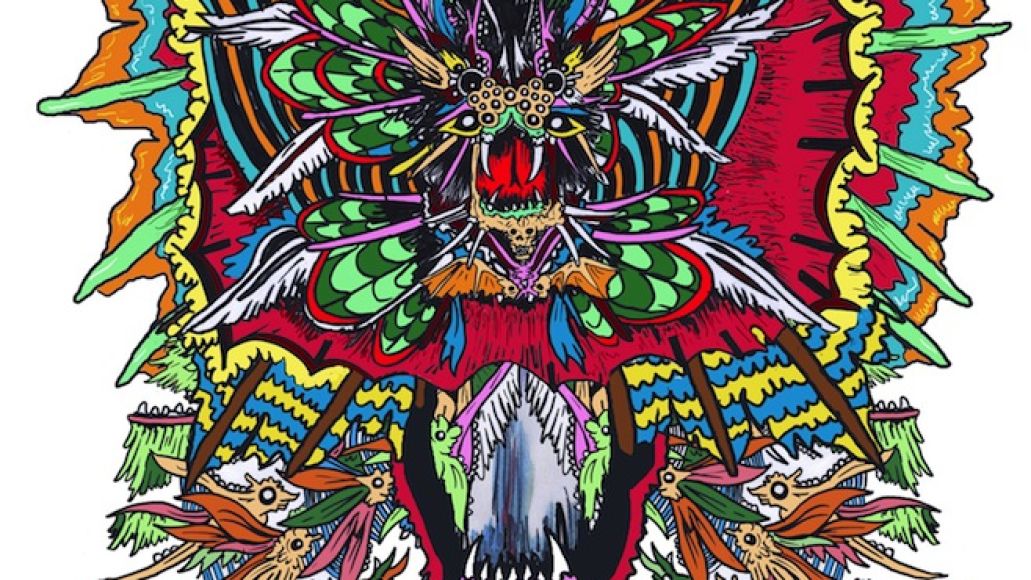 Usually ones for glam pomp and psychedelic dabbling, of Montreal sever their flowery trappings on “Our Love is Senile”, a track from the band’s upcoming rarities compilation, Daughter of Cloud (out October 23rd via Polyvinyl/Joyful Noise). Funky guitars shimmy as frontman Kevin Barnes teeters in a quavering relationship. No quirky metaphors here; Barnes is direct, layman: “We need laughter, happiness, madness…everything.” Those are the correct ingredients, but Barnes sings as though they’re missing, exposing this song’s poignant underbelly. –Jon Hadusek 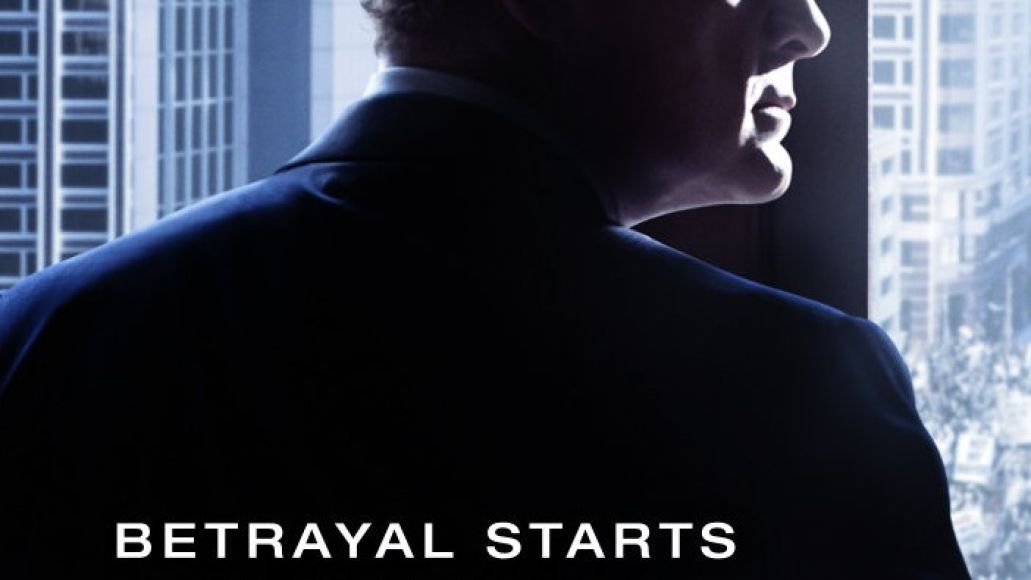 For those of us who don’t get the Starz network, there is apparently a show called Boss (which features Kelsey Grammer as a ruthless Chicago mayor). And lo and behold, who soundtracks Dr. Fraser Boss’s probably underhanded political maneuverings? Oneohtrix Point Never, of course. The artist also known as Daniel Lopatin provided “Ceiba” to the fourth episode of the show’s second season, and its eerie synth plinks and haunted moans seem perfect for some backroom paranoiac dealings. You can stream this track (plus a new one from Air) here. –Adam Kivel 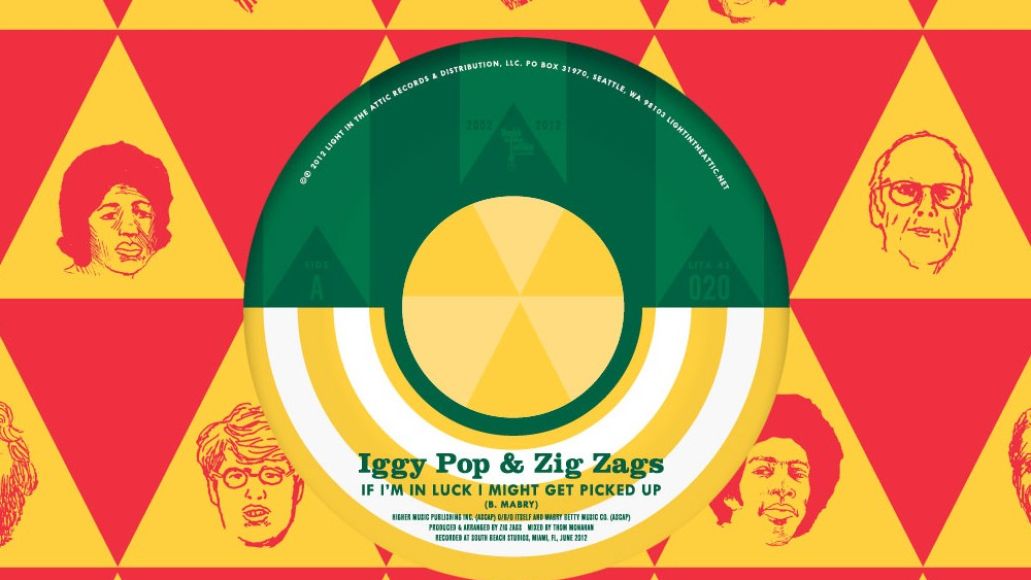 Punk superhero Iggy Pop and L.A.-based sludge rockers Zig Zags teamed up recently for a 7″ single to celebrate the 10th anniversary of Light in the Attic records. Whoever guessed that they would cover a Betty Davis tune, come forward and collect your $20. I didn’t think so. Pop’s leathery grin and the super-fuzzed guitar give some serious darkness to the sultry lyrics (plus, now we’ve heard Pop talk about “wigglin’ my fanny,” so there’s that). Those interested in hearing how this stacks up with the original can pick up the single, which pairs this version with Davis’ newly remastered track. Its not due out til’ October 2nd, but you can pre-order here. –Adam Kivel 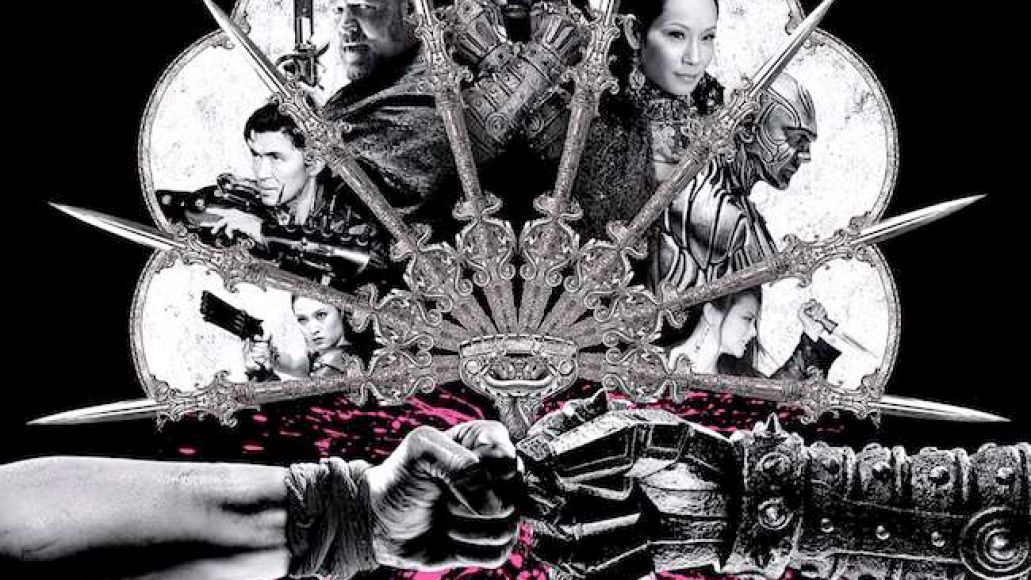 RZA is directing a samurai movie and Quentin Tarantino is involved? I’m there. And check out the loaded soundtrack and its many all-star collaborations. One of which is “Tick, Tock” featuring Pusha T, Raekwon, and Joell Ortiz. Pusha opens the song, rapping over a skittish beat and evoking all kinds of samurai movie archetypes, including this anecdote: “Your traitor is your neighbor/ at your front porch, he’s handing you your paper/ bathrobe on, but the sword’s underneath/ and he wants to see your blood as it pours in the street.” Raekwon follows with a few verses (which have been consistently stronger since Cuban Linx…Pt. 2), and Ortiz spits relaxed as he intellectualizes the drug game. –Jon Hadusek 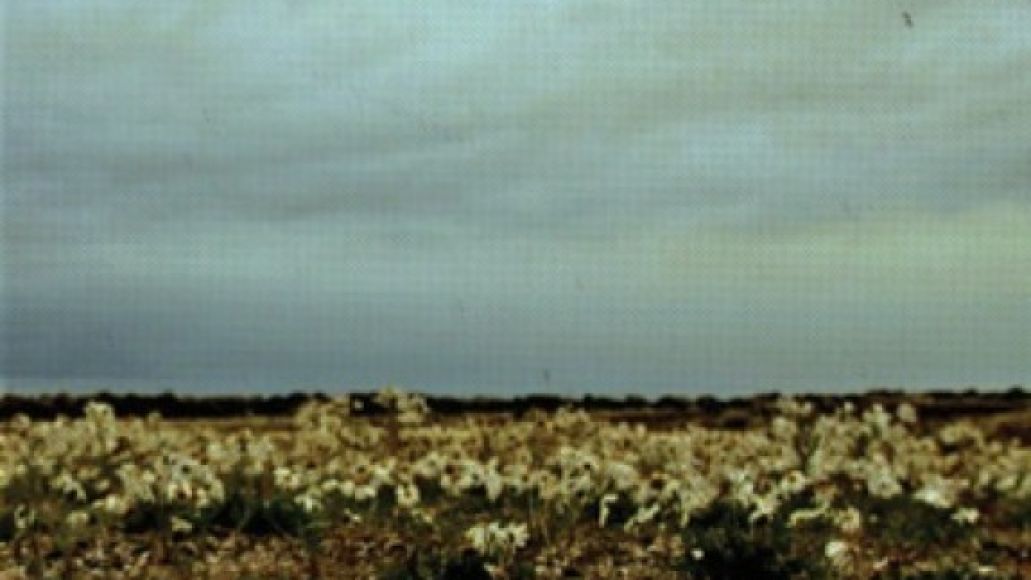 Rambling rhythms propel “Another Dollar Rainy Day”, a track from WEINLAND’s upcoming LP, Los Processaur (out November 6th via Woodphone Records/Jealous Butcher Records). Taking cues from fellow Oregonians The Decemberists, M. Ward, and Blitzen Trapper, WEINLAND plays a speedy brand of folk rock that rides on large melodies and rollicking acoustic guitars. Here, the band throws in a scratchy electric and piano to match singer Adam Shearer’s call-and-response vocals. He hits the song’s ultimate hook during the chorus, repeating “To prove you wrong…” with a hint of sass in his voice. –Jon Hadusek