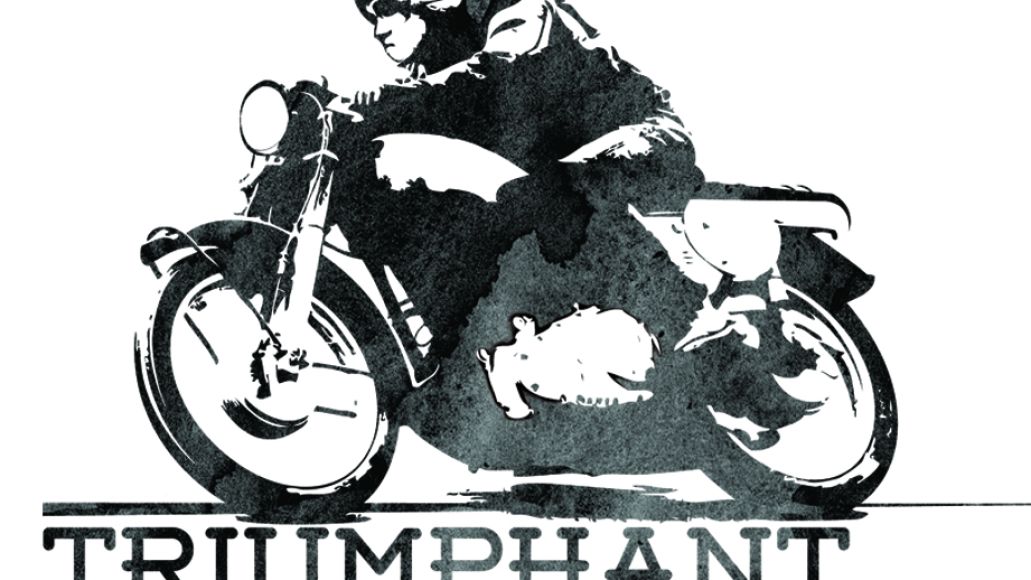 Triumphant Vision is the name of a new documentary following Thomas Bowins and his Triumph motorcycle across North America. A few years ago, Bowins was struck by the realization that he’d been living life as if it were Groundhog Day – as a predictable and stagnant routine. He yearned for change, for the freedom and adventure he’d never experienced. He yearned to explore America.

Soon after, Bowins came across a man selling a 1972 Triumph motorcycle. He bought the bike on the spot, pledging to build it from the ground up. But Bowins didn’t want to just travel on his motorcycle across America – he wanted to create something tangible from the journey, to pay homage to cultural figures like Hunter S. Thompson and Che Guevara. He decided to recruit a team of filmmakers to document his travels, and to use his skills as a graphic artist to meet and collaborate with other artistic folk along the way.

Triumphant Vision is about the literal and figurative journey of its characters, and also a creative endeavor in and of itself. Bowins and the Triumphant Vision crew (which includes Consequence of Sound staff writer Summer Dunsmore) plan to travel from Miami to Montreal to Chicago, stopping along the way to interview and work with musicians, artists, photographers, and foodies. The goal is to dig into the diverse mediums of the artistic mind, to pioneer America’s Next Frontier, its “creative cache.” Genius comes in many forms, and Triumphant Vision wants to document those at the forefront of North American ingenuity.

Consequence of Sound will provide coverage of the Triumphant Vision team while they’re on the road, including access to live sets, interviews with musicians, and collaborative artwork.

The tentative tour schedule for Triumphant Vision is as follows:

Already slotted to join: musicians from boutique label Relief in Abstract Records, located in Orlando, as well as an exclusive interview with Consequence of Sound‘s President and Editor-in-Chief, Michael Roffman, in Chicago.

The Triumphant Vision team is currently raising the full production costs of this documentary through their Kickstarter page. They’ll be meeting your favorite musicians, and those you’ve never heard before. They’ll be traveling through the Smoky Mountains of Tennessee, and maybe even your own backyard. If you’ve always wanted to see a film that documents contemporary youth culture and creativity in America, then help make it happen: make a pledge of $25 or more. In return, you’ll receive a digital download of the documentary, customized apparel and silk screens, and even the opportunity to join the crew on one of their tour stops.