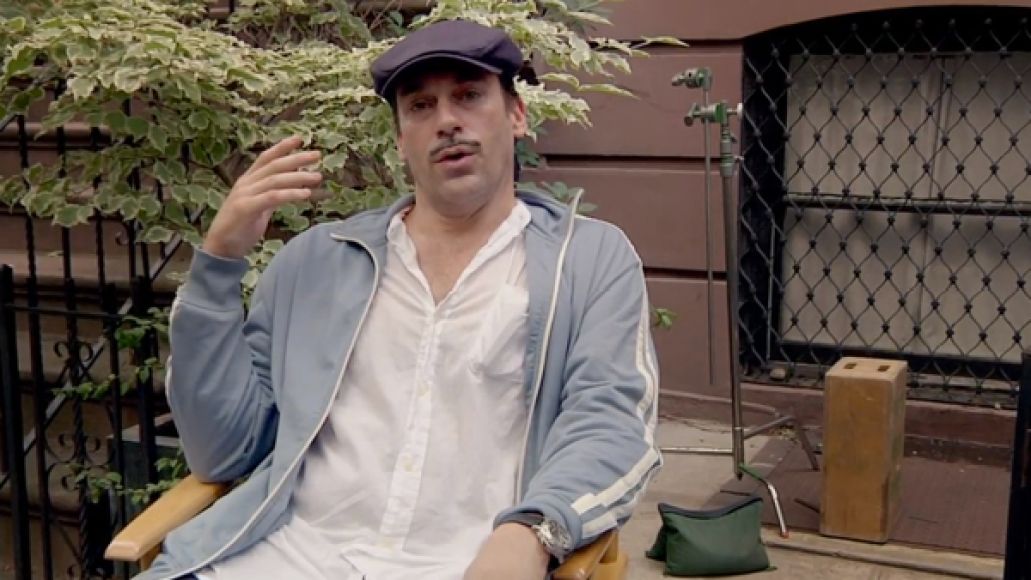 Aimee Mann has dropped an incredible new video in support of her latest LP, Charmer, out today via Superego Records. Starring Jon Hamm, The Mountain Goats’ Jon Wurster, and Mann herself, “Labrador” finds the acclaimed singer revisiting her past with former outfit Til Tuesday, though not of her own volition. It’s her tasteless director Tom Scharpling, parodied by Hamm, who insists that remaking the video for ‘Til Tuesday’s “Voices Carry” is a swell idea. We’ll leave the comedy to them, but check out the video and its original “counterpart” below.