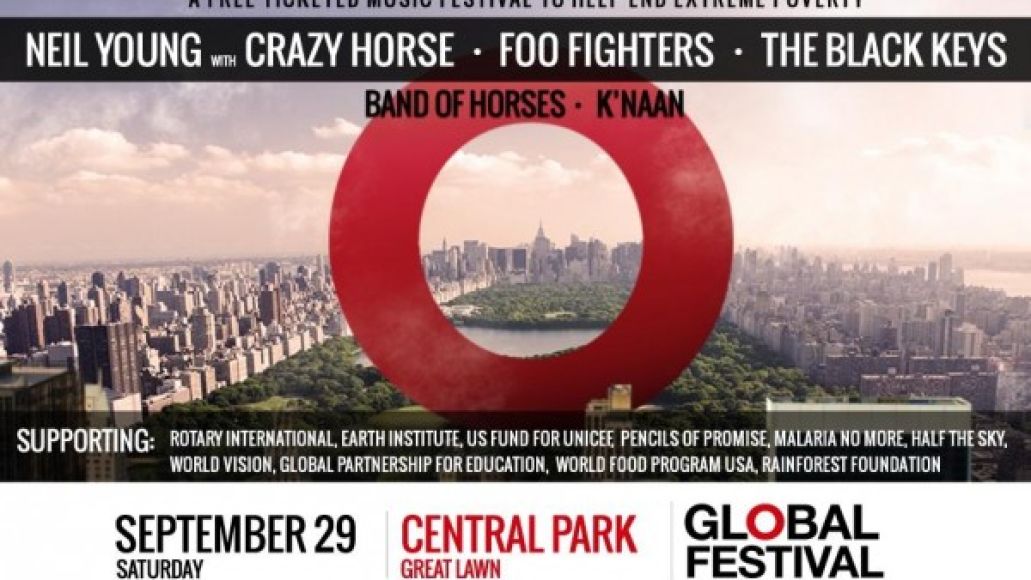 Today, New York’s Central Park plays host to Global Citizen Festival, a landmark charity event that features Neil Young and Crazy Horse, Foo Fighters, The Black Keys, Band of Horses, K’Naan, and, um, 60,000 rock fans. The event acts as a big wake up call to world leaders, championing for the end of poverty by uniting both the biggest heads in entertainment and some of the most integral non-profits across the world.

Stream below at 4:30 p.m. ET to join in on what will be the largest syndicated charity concert in online and broadcast TV history. If you’re unable to make that time, there will be replays happening at 12 a.m. and 8:00 a.m. ET starting Sunday, September 30th.