Let’s just get this out of the way right now: Yes, that’s Natasha Khan in the nude, standing like a valkyrie, carrying a wounded soldier on the cover of The Haunted Man. Why has an artful nude that’s not explicit proven even remotely controversial in the 21st century? An answer to the question is not found within the long-awaited album, but it does hint toward the stripping down of the sound and style of Bat for Lashes.

Though The Haunted Man features certain pruned features, a minimalist work this is not. “All Your Gold” is reminiscent of similarly lush singles such as “What’s a Girl to Do?” and “Sleep Alone”, thanks to its hypnotic vibe and the way Khan’s melancholia still manages to be infectious and wholly danceable. On “Horses of the Sun”, Khan enlists the aid of Portishead’s Adrian Utley, layering machine gun clatter and tribal, organic rhythms, all while vocally leaping back and forth between subdued whispers and buoyant choruses. The results match Bat For Lashes’ best, but crafted with a decidedly wild, unpredictable abandon. If The Haunted Man is the baring of Bat for Lashes, then Khan’s penchant for lavish soundscapes is too strong to be cut.

Khans’ signature flair for the dramatic similarly remains. Traditionally, this aspect manifests in string section bursts, as when it accompanies the choruses to “Lilies”, or as a cinematic undercurrent to “Winter Fields”. On the album’s title track, a stuttering synth throb provides the histrionics, giving way to a militaristic drum march that drives a ghostly male choir home. The multitude of voices is stopped dead in its tracks by Khan’s commanding voice, which soars to a never before seen height. The theatricality behind this buildup and chilling climax give “The Haunted Man” an icy poignancy.

Coming as a shot of chlorpromazine after the schizophrenic three song get-down-and-trip-out succession that precedes it, “Laura” brings the most immediately apparent sonic distillation, offering the stark intimacy foreshadowed by the album’s cover. Co-written with Justin Parker of Lana Del Rey’s “Video Games” fame, “Laura” finds Khan dropping the synths and percussive richness for a traditional approach to the heart-wrenching piano ballad. Lyrically, Khan’s lament of the title character’s extended adolescence comes as a sobering reality check. Just as the party life has ended for Laura’s peers, Bat for Lashes has moved on in life, drifting away from the mysticism of her last records.

After the power of “Laura”, the new directness and clarity of Khan’s voice makes its essential power known, the focus suddenly pulled in its direction. These vocals are the most powerful and versatile instrument in the Bat for Lashes toolbox, and on The Haunted Man, they are at the forefront like never before, no longer soaked in layers of reverb. While this clarion definition is most marked post-“Laura”, early tracks carry some of that power. As Khan exclaims “thank God I’m alive!” on opener “Lilies”, her delivery is clearly stronger, more confident, easing the low, rumbling synths of their portentous bite.

“Oh Yeah” and the Beck-featuring “Marilyn”, which blend pop, electronic psychedelia, and a hint of spookiness to fantastic effect, remain terrestrial rather than otherworldly, due in part to this vocal straightforwardness. Judicious changes, such as the absence of the formerly prominent marxophone and lyrical themes of light conquering dark combine to abet that presence.

The Haunted Man may not reveal a drastic stylistic shift, but the subtle difference is a nonetheless compelling documentation of the process of metamorphosis. Khan seems, here, to be making peace with both convention and her own idiosyncracies. The raw transparency of Bat for Lashes is primarily an emotional one, and despite staying grounded in reality rather than the arcane, The Haunted Man can still whisk the listener away. This newly focused take, though, forces the listener to take in the myriad details of the voyage and leave the destination largely out of focus.

Essential Tracks: “All Your Gold”, “Horses of the Sun”, and “Laura” 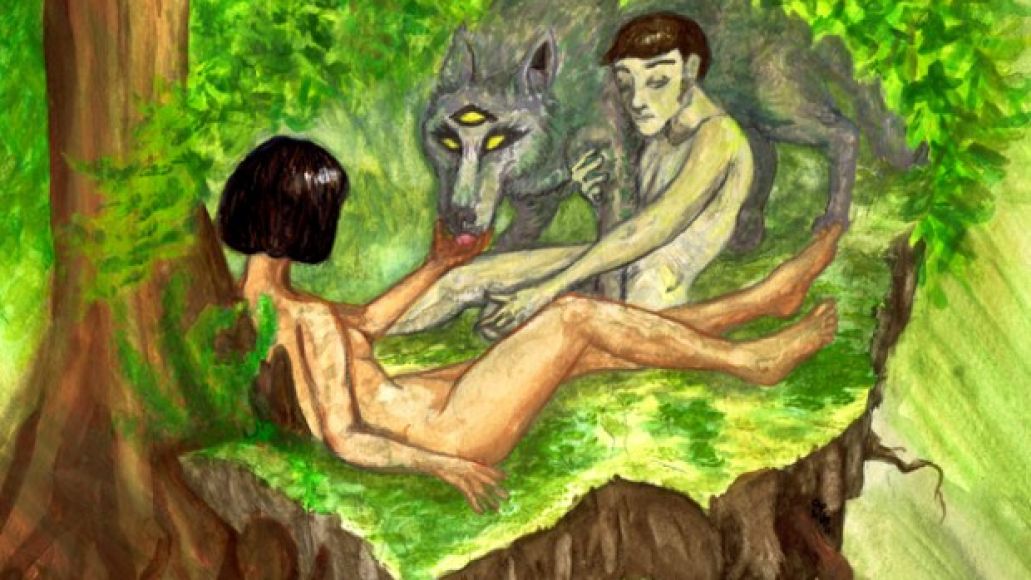