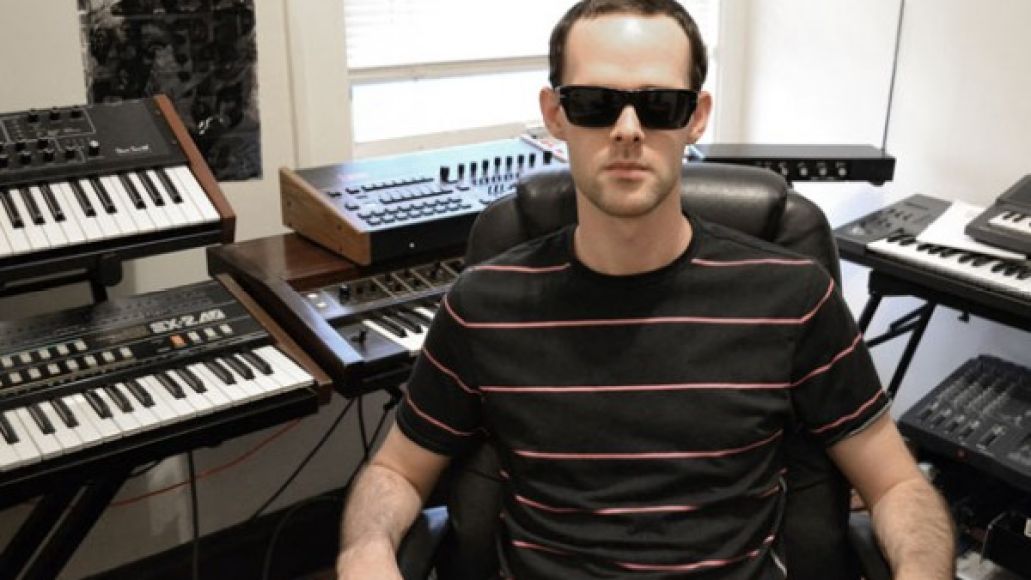 Emeralds mastermind Steve Hauschildt will follow up last year’s exceptional Tragedy & Geometry with Sequitur on November 12th via Kranky. Similar to his previous outing, the new LP will utilize an array of vintage equipment — synthesizers, drum machines, and effects — that span from the 60’s to the present. He also melded these dusty arrangements with more modern techniques on the computer, which he insists offered a “much wider palette.”

“I was very interested in the arti?ciality of vocal or choir-like sounds that emulate a person or group singing, and how this has evolved with the advancement of musical technology over the years,” Hauschildt explains in a statement on the album. “I also sang myself, and used a vocoder, not to sound robotic, but to remove the connotations of gender.

“Those sounds are androgynous because they carry both masculine and feminine characteristics,” he continues. “I was inspired to carry this idea into music mainly because of the work of Camille Paglia and Donna Haraway. I feel that the album in a sense treads the imaginary boundary between Nature and Arti?ce. It is postmodern, but not necessarily a post-Freudian statement on cyborg theory or feminism. Rather it is a musically mimetic domain where these ideas freely collide and coalesce.”

For a clearer understanding of what that entails, stream two snippets off the album below prior to its tracklist. Also, don’t forget that Emeralds will release their latest LP, Just to Feel Anything, on November 5th.