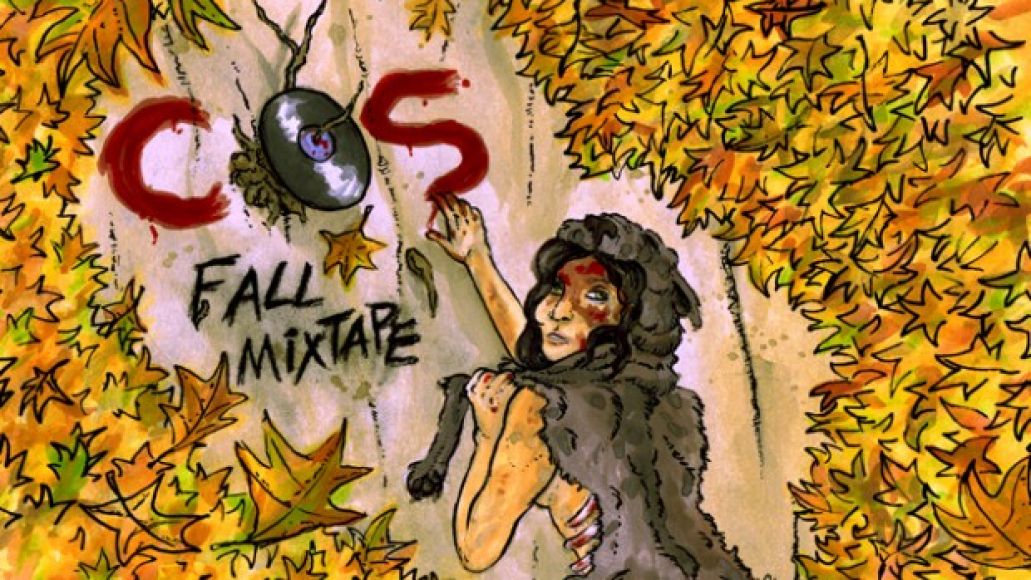 I tend to romanticize the fall season. Sweater enthusiast aside, I find great solace in the season’s shifting energies, the blotches of oranges and reds and yellows on neighboring streets, the way everyone’s so adamant in “getting together,” and how there’s this overall appreciation for the macabre and supernatural. I usually attend at least one 24-hour horror movie marathon, I go through at least two bags of candy corn, and everything I eat or drink has something to do with a pumpkin. I’ve tried to explain why I feel this way, or give credence as to what the hell this obsession stems from, but I lack any real coherent answer.

Whenever anyone’s asked I’ve always credited the great (and late) Ray Bradbury. After all, it was he who shaped the way I came to look at the season — well, he and Charles Schultz — with his timeless stories, specifically 1962’s Something Wicked This Way Comes and 1972’s The Halloween Tree. A native of Waukegan, IL, the landmark science fiction writer based his stories’ fictional setting of Green Town on his picture perfect hometown, painting streets baked by the sun and caressed by the moon, where leaves and children’s sneakers would sing on the hottest days and the coldest nights.

With Something Wicked…, Bradbury starts off the book by calling October a “rare month for boys,” and further describes a time of year that’s “smoky-smelling” with “the sky orange and ash gray at twilight.” His Halloween Tree bookmarked a similar scene, one where “the houses shut against the cold wind” in a “town full of cold sunlight.” Then, of course, came the ominous forewarning: “Night came out from under each tree and spread.”

Here’s the twist: I’ve never been scared of his premonitions; rather, I’ve revelled in them. There’s something so strictly homely about his work that I’ve forever tied this idealistic, personalized account of small town America to past memories of mine — even if they’ve never happened. Crazy, huh? Even so, that’s why I guess I’ve long been obsessed with this time of year.

To amplify my excitement (literally), I decided to turn to music. Rather than create a playlist stocked with traditional autumnal classics, or spooky songs, or fuzzy feel-good numbers, I assembled a goodie bag of some of this year’s most fitting soon-to-be favorites and a handful of old relics that typically surface around this time. Here’s the thing: I’ve kept it all fairly topical and every name on here has at least some sort of relevancy as we inch towards the end of the year. So, what are you waiting for?

Subscribe to the playlist at Rdio and check out the liner notes below.

Paul Westerberg – “Love You in the Fall”
I’ve always adored the shuffle to this one, and especially that guitar line. Westerberg recorded this alongside pal Tommy Stinson for 2006’s Open Season, and they’ll return with an EP of covers before this year’s end. I’ll probably have a heart attack.

Japandroids – “Evil’s Sway”
Nothing more telling of fall than its opening line of “The sun lays low on a solemn city,” or that beauty of an image: “A candle’s pulse is no companion.” Good news: We’ll be hearing it live soon as the Vancouver duo will be touring this fall and winter in support of this year’s toe-crushing Celebration Rock.

Smashing Pumpkins – “The Celestials”
Billy Corgan’s one of those artists I just can’t quit — like ever. This year’s Oceania was an aural uppercut to my face, and this single here is one of the finest. Can’t wait to see it live in a couple weeks.

Yeasayer – “Demon Road”
Agreeable track off Fragrant World, and aren’t we all “just waiting patiently for nasty weather” right now? Yes, and if you’re like me, looking very forward to it.

Twin Shadow – “When The Movie’s Over”
Dear George: Please start adding this one in your setlists. I haven’t shaken this song off since Confess hit over summer. I’ve seen you twice and you’ve refused to play it. How about next time?

The xx – “Sunset”
Can’t tell you how many nights I’ve lost myself on the train to that heartbeat rhythm. It’s wild how easy it is to get lost in such minimalism. It’ll be intriguing to see how their set fares at Treasure Island.

Frank Ocean – “Pink Matter”
For some reason, I can’t think of anything else but zombies with this R&B gold mine. I know, I know, it’s nothing of that sort — and something far more sensual, sexual, etc. — but yeah, brains, brains, and brains here. Hey, at least it gives me a reason to add ol’ Frank, right? You’ll see him popping up on a gazillion year-end lists.

Crystal Castles – “Suffocation”
Halloween and Alice Glass go hand in hand; it’s all in the violence. Lately, I’ve been revisiting some of their oldies in preparation for their third self-titled album, due out November 5th. This one’s mood clung to my skin a couple years back and stayed there — sort of like a parasite.

‘Til Tuesday – “Voices Carry”
I’m a longtime subscriber to Mann’s work, but all the fees go back to this ’80s staple. The alien synths, the gloomy muted guitar, and that washy reverb undulate to Mann’s falsetto that soars into the night. She recently revisited the video with Jon Hamm, but fingers crossed she’ll play it on tour.

Miguel – “Where’s The Fun In Forever”
This one’s more of a recent obsession, but here’s my excuse: You’ll want to spin this — or any song of his — at many a holiday party coming up. Suitable mantra for future lovers? “We’re the minute in tomorrow.” Nah, more like a presidential sign off. Anyways, get his latest album — Kaleidoscope Dream — now.

Wu-Tang Clan – “C.R.E.A.M.”
I’ll play this at every Halloween party, and here’s why: That goddamn beat. The piano sample just sends shivers down my spine, and I’m still creeped out by it nearly two decades later. Maybe the Wu will have another creeper on the forthcoming Wu-Block, due out November 13th.

Yo La Tengo – “Autumn Sweater”
I’d like to think of myself as a hapless romantic, and I too sympathize with Ira Kaplan on this strange ballad here. Literature points to other seasons for love — summer, for example —  but I’ve always found it in the eerie weekends of late September or mid-October. It doesn’t hurt that this song’s one of the greatest tracks ever, and I’m further jazzed to get even more YLT material following their recent single, “Stupid Things”.

The Lemonheads – “Rudderless”
“Hope in my past” is a tagline I can really get behind. (I’m even willing to bet Ryan Adams’s a fan of it.) It’ll be nice to sing it loud and proud at one of their upcoming reunion gigs with Juliana Hatfield tagging along, too.

Elliott Smith – “Everything Reminds Me Of Her”
His October 2003 death forever cemented his reign of the month. That soft spoken cry, the way he tumbled his fingers over those wooden frets, and that reverb-soaked space — this one was the first track I turned to after his death, and then the one I played again and again after the most torturous November in my life. This year, it’s hard to ignore the great bard, what with Kill Rock Stars’ recent string of digital releases. That’s not a bad thing at all.

Joni Mitchell – “Blue”
Other than Taylor Swift playing Joni (!), there’s no real excuse to include her. Well, except for the mere fact that Blue remains one of the most somber and reflective collections of songs ever put to vinyl. So, there’s that.

Grizzly Bear – “The Hunt”
My old college buddy used to strum “Street Spirit” on the guitar, stop about 20 seconds in, and sigh, saying, “That’s such a depressing song.” I’m pretty sure he’d say the same about this barnyard yawn. I also think that this is a pretty swell lick of line: “Whether you are you, and I stay me.” Did you read Nitsuh Abebe’s expose on them?

Scott Walker – “It’s Raining Today”
Like certain whiskeys or cognac, Walker’s sort of an acquired taste, and admittedly he’s a loose canon on this playlist. Having said that, this psychedelic chunk of baroque pop has certain elegiac and foreboding qualities fitting for any morning over the next few months. Something tells us he’ll conjure up this magic again on his next effort, Bish Bosch, due out December 3rd.

Fiona Apple – “Werewolf”
Oh, come on, she name drops a “werewolf” here — what better ode for All Hallow’s Eve!? Silver bullets aside, it’s also one of the more delicate, playful tracks off Apple’s dynamite LP this year. She’s been hiding her own inner demons all throughout 2012 — arguably she could do better – but that’s made her such a unique character; one to champion, one to fear, one to love.

Neil Young – “Harvest”
If you’ve noticed, the last five to six tracks have been slower, lighter fare. That’s because as wild and adventurous the fall may be, there’s also this meditative aura underneath, which carries over into winter. I decided to let the great Mr. Young lead us into the next season with his sincere autumnal hymn. Why not? He’s not going anywhere, especially since his second LP of 2012 is just around the corner (November 23rd). We’re helpless, helpless, he—that’s enough.