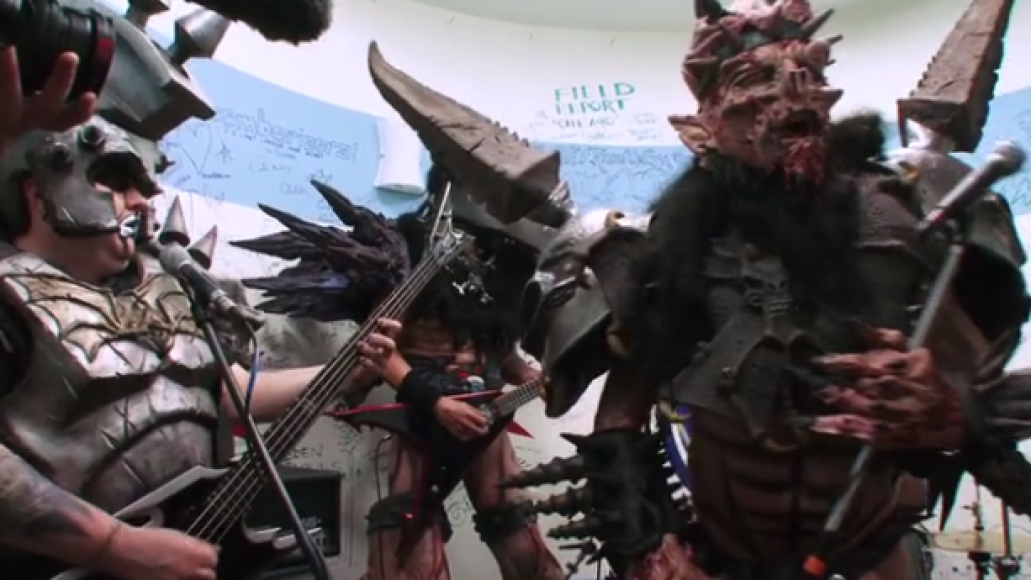 The A.V. Club’s A.V. Undercover series regularly touts that “the later a band comes in, the fewer songs they’ll have to choose from.” Never before was this correlation more apparent than when GWAR was forced to close out this seasonby covering Kansas’ 1976 hit “Carry on My Wayward Son”.

In their more than capable hands/claws, the song transformed from cheesy ’70s rock anthem into something uniquely primordial, with improvised lyrics about getting a job, even heavier riffs than the original, and some impassioned scatting from frontman Oderus Urungus. Enjoy a musical marriage made in the Slave Pit when you click play below.

That’s not the only feat Oderus Urungus accomplished lately. Did you see his recent meet ‘n’ greet with Andrew W.K.?

GWAR covers Kansas' "Carry on My Wayward Son", and it's the best thing you'll watch all day