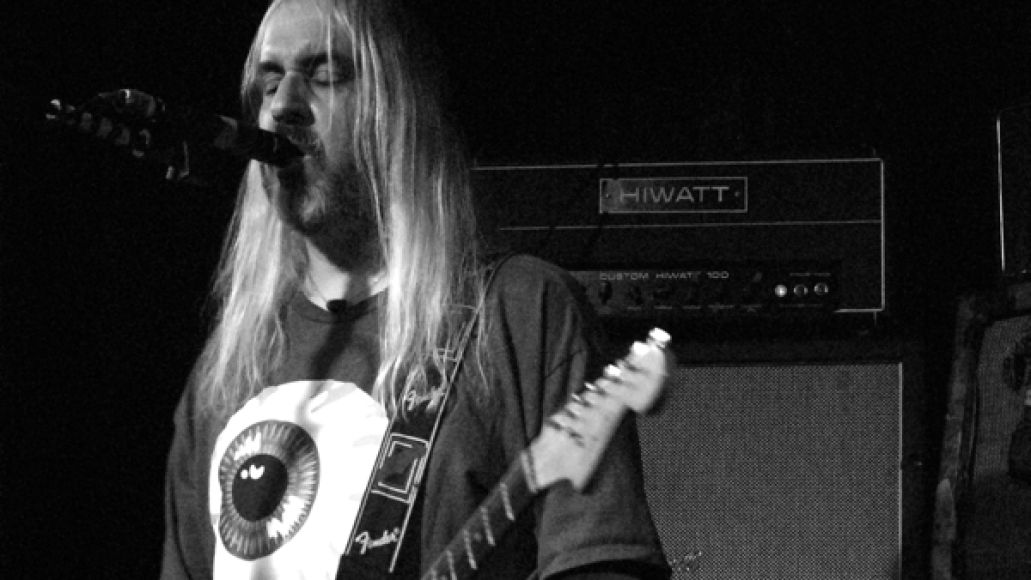 “Watch the corners!” Each wall of DC’s Black Cat reverberated as wild-eyed fans at Dinosaur Jr.‘s sold out gig sung the rallying cry of the band’s lead single off their recent full-length, I Bet On Sky. Diehards arrived with a contagious case of Dinomania, which spread within minutes, resulting in a sweat-drenched, autumnal haze.

With manic drumming and space-age synthesizers, openers Shearwater set the tone for the heady, white noise cacophony ahead. One song and I promptly walked up to the bar, semi-shamefully purchasing a pair of earplugs. Wearing them makes you feel as though your head is in a fishbowl, but without them the show would have been impossibly loud. 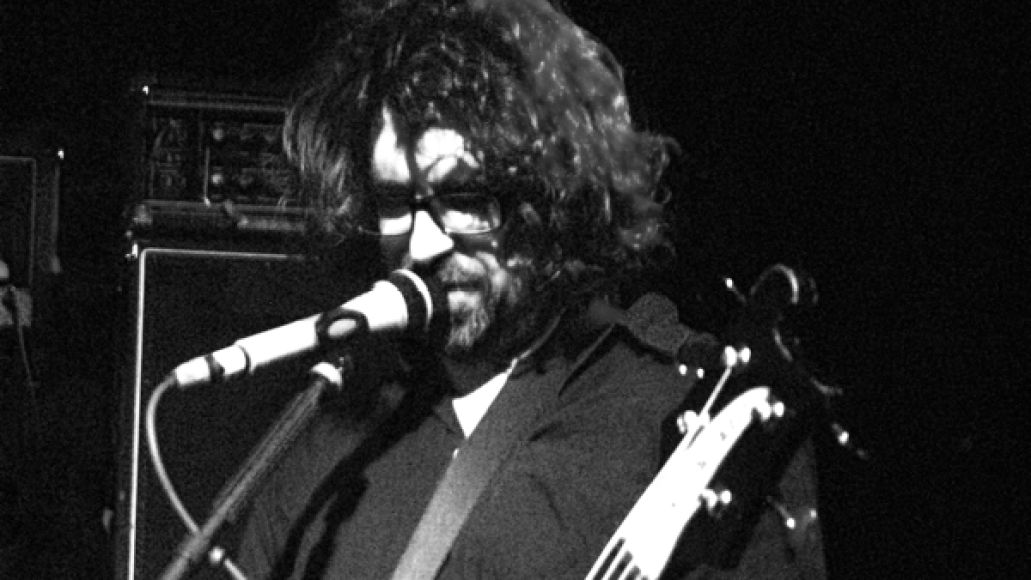 Kicking off the set with I Bet On Sky’s “See It On Your Side”, seamlessly swelling into the swirls of “Budge” from Bug, Mascis and the crew delivered what the audience wanted. With his giant eyeball-emblazoned blue tee and casual stage presence, J Mascis concentrated entirely on shredding with raw, gritty riffs, particularly frenetic on Without a Sound’s golf-toting single, “Feel The Pain”.

With his famous snowy hair, Mascis resembled a sort of Saruman-esque bastion of noise, surrounded by a personal wall of mic’d amplifiers (five mics total, countless amps) — but only in the sense of musical wizardry, not evil. Barlow, burly and dressed in all black, held together the set with pulsating bass lines.

While the majority of the night consisted of tracks off their latest effort, J and the gang didn’t disappoint the veterans huddled at the front of the stage, headbanging in succession particularly during “Don’t Pretend You Didn’t Know”. Although they only performed one track off their landmark album, You’re Living All Over Me, opener “Freak Scene” from Bug snaked its way into the distortion, as with the rarely performed “Wagon” from Green Mind. 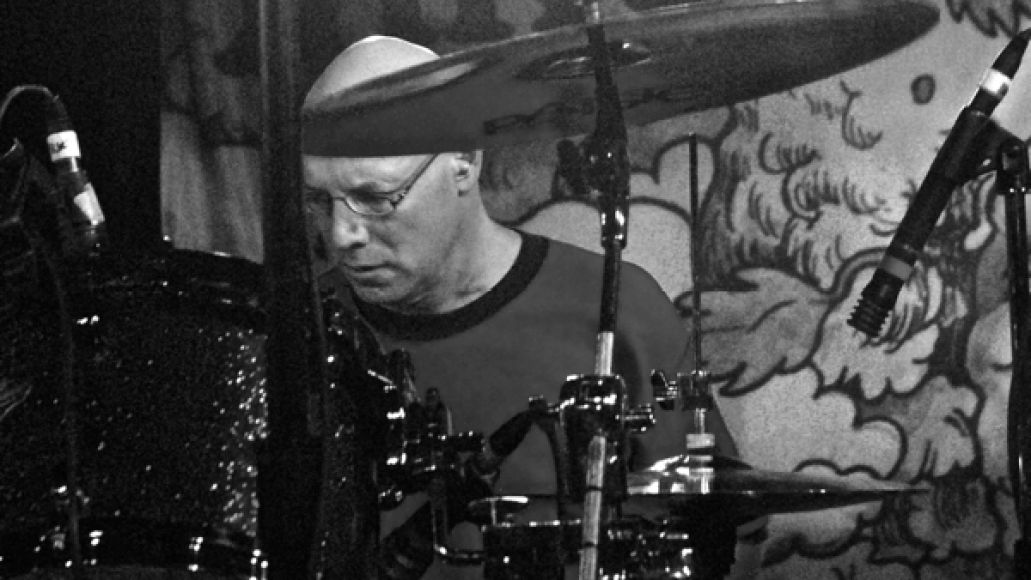 Later, the band traced their hardcore punk roots through a sludgy cover of Deep Wound’s “Training Ground”, though left their grungy beating hearts on nearby amps amidst their always predictable yet surefire cover of The Cure’s “Just Like Heaven. These two opposing forces more or less represented the band’s genetic traits: hard, soft, and always angsty.

There’s a series of perception-altering questions left to handle: At what point does noise become a ballad? Is a crescendo defined by propulsion or the eventual explosion? The melodic crunches and swells that Dinosaur Jr. performs live — a blend of hardcore punk, post-punk revival, and the deepest recesses of garage — manipulate noise with sheer pop brilliance. Nearly three decades later, the guys got it down. Don’t pretend you didn’t know.

Setlist:
See It On Your Side
Budge
Rude
Almost Fare
Start Choppin
Don’t Pretend You Didn’t Know
Watch the Corners
Feel the Pain
What Was That
In a Jar
Training Ground (Deep Wound cover)
Freak Scene
Wagon
Forget the Swan
Encore:
Out There
Just Like Heaven (The Cure cover)