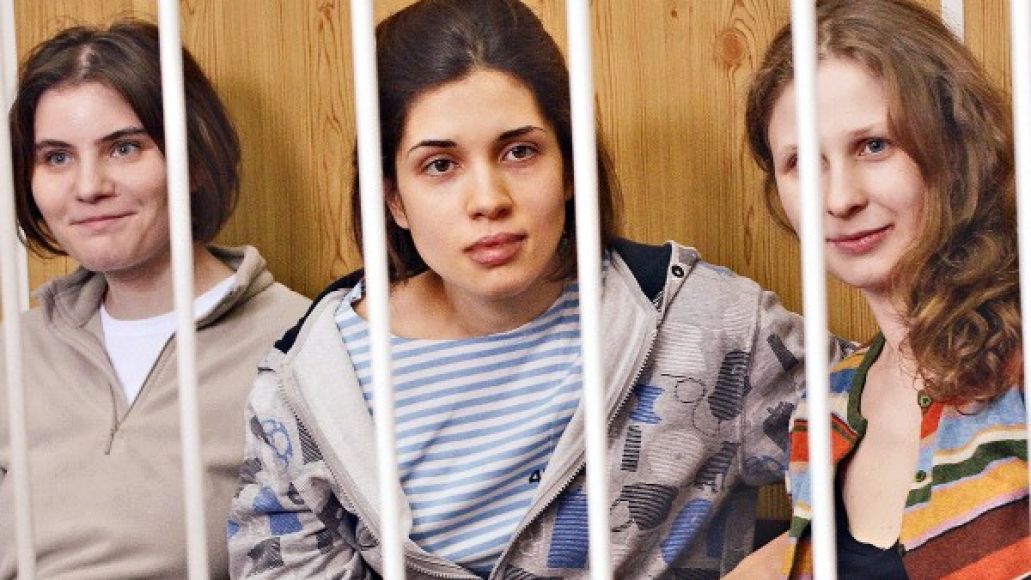 Pussy Riot members Nadezhda Tolokonnikova, Maria Alyokhina, and Yekaterina Samutsevich appealed their case before a Moscow court earlier today. Samutsevich, who recently fired her defense attorney, was freed after her two-year prison term was suspended. Alyokhina and Tolokonnikova will complete their remaining sentences. As previously reported, the three were each found guilty of “hooliganism motivated by religious hatred or hostility” in August after performing a protest song at Moscow’s Christ the Saviour Cathedral.

According to a report by Reuters, Samutsevich’s lawyer argued that her client was nowhere near the ”punk protest,” given that police had escorted her out of Moscow’s Christ the Saviour Cathedral before it took place. That wasn’t the case for Alyokhina and Tolokonnikova, however. The two women were quite vocal in their appeal, contending that their protest was “political.” At one point, Tolokonnikova rallied against the court’s judge, insisting that Russian President Vladimir Putin is “doing everything for the development of civil war in this country.”

In an interview with Putin on Sunday, the Russian President commented on the case, stating, “It is right that they were arrested and it was right that the court took this decision because you cannot undermine the fundamental morals and values to destroy the country.”

One Pussy Riot member freed, two others remain in prison