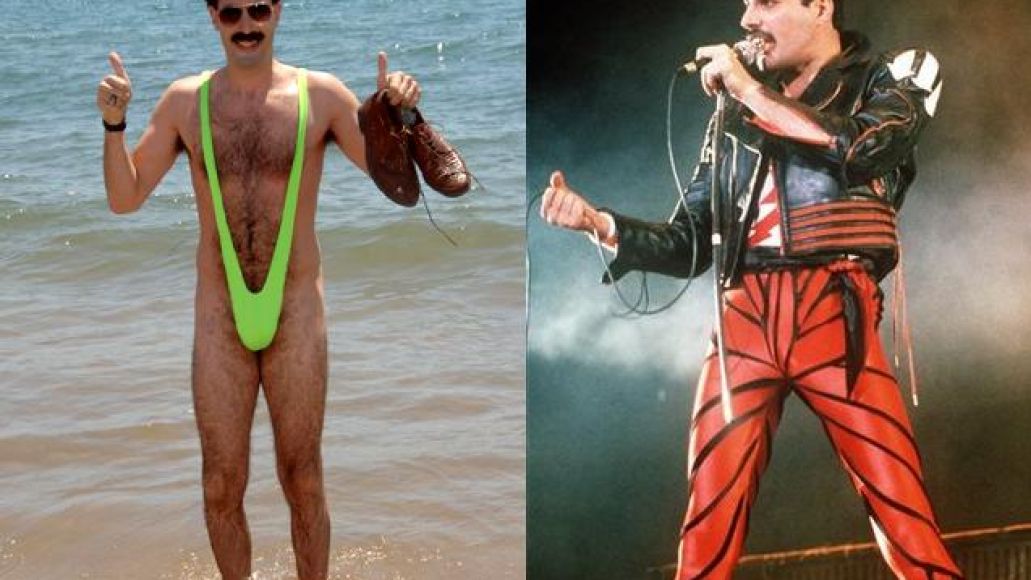 Mark your calendars now for the greatest occurrence in cinematic history: in a post on his official site, Queen’s Brian May has confirmed that the Freddie Mercury biopic starring Sacha Baron Cohen will hit theaters sometime in early 2014. “The pieces are all falling into place, though we are now on a slightly later schedule – filming is now scheduled to start in the Spring (of 2013),” May wrote. Announced back in September 2010, the film was, according to May, delayed thanks to standard bureaucratic red tape. “Much of our discussion was about contractual things.. it’s pretty complex; determining who is responsible for what.”

The film will be scripted by Peter Morgan (The Queen, Frost/Nixon), with production by Queen’s remaining members (May, John Deacon, and Roger Taylor) and Robert DeNiro’s TriBeCa Productions. As previously reported, the narrative will cover “the band’s formative years, leading up to Queen’s appearance at Live Aid in 1985,” with focus on Mercury’s sexuality and status one of the first famous AIDS victims. Several Queen songs have already been cleared, including “You’re My Best Friend”, “Another One Bites the Dust”, and the jam streaming below, “Fat Bottomed Girls”.