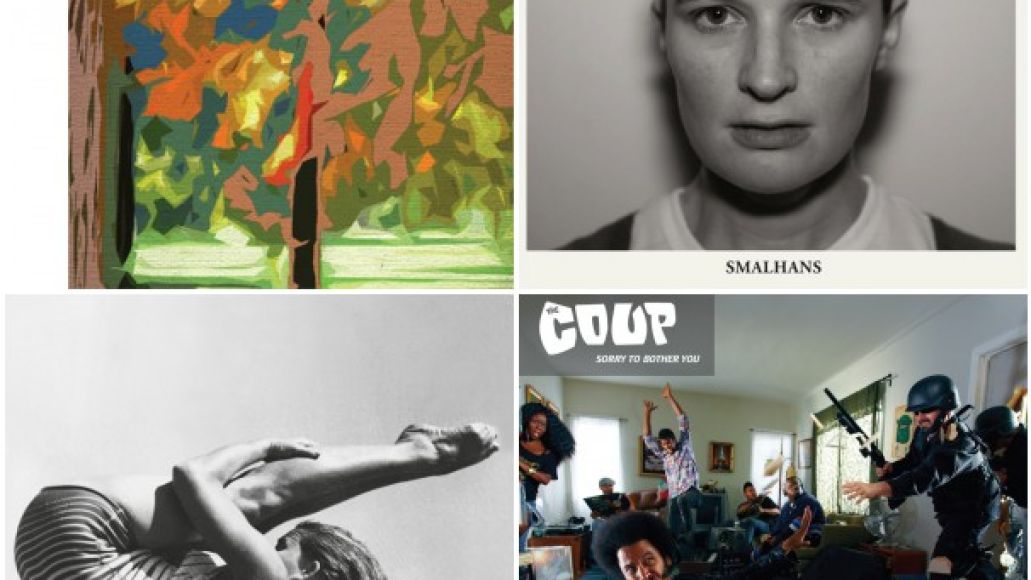 — Acclaimed musician and producer Brian Eno is streaming his new album, LUX, in full at QtheMusic.com. The album marks his first solo album since 2005’s Another Day On Earth, and his third effort released through Warp Records following 2010’s Small Craft on a Milk Sea (with Jon Hopkins and Leo Abrahams) and 2011’s Drums Between The Bells (with Rick Holland). The album officially arrives on November 13th.

— Manchester-based producer Andy Stott is streaming his new album, Luxury Problems, in full at NPR.org. Recording took place over 12 months and five of the eight tracks feature vocals from Alison Skidmore, Stott’s onetime Piano teacher whom he hadnt seen since he was a teenager back in 1996. The album is out this week via Modern Love.

— Boots Riley and The Coup’s new album, Sorry to Bother You, is available to stream in full below. The follow-up to 2006’s Pick a Bigger Weapon was produced by Riley and Damion Gallegos, who worked together to combine “danceable beats, punk urgency and the astute social commentary of hip-hop to craft a refreshingly unique sound that draws from the past but never sounds anything but futuristic.” Guest contributors include Das Racist, Killer Mike, Anti-Flag, Jolie Holland, Japanther, Vernon Reid, Joe Henry, and more. The album is out this week via ANTI-.