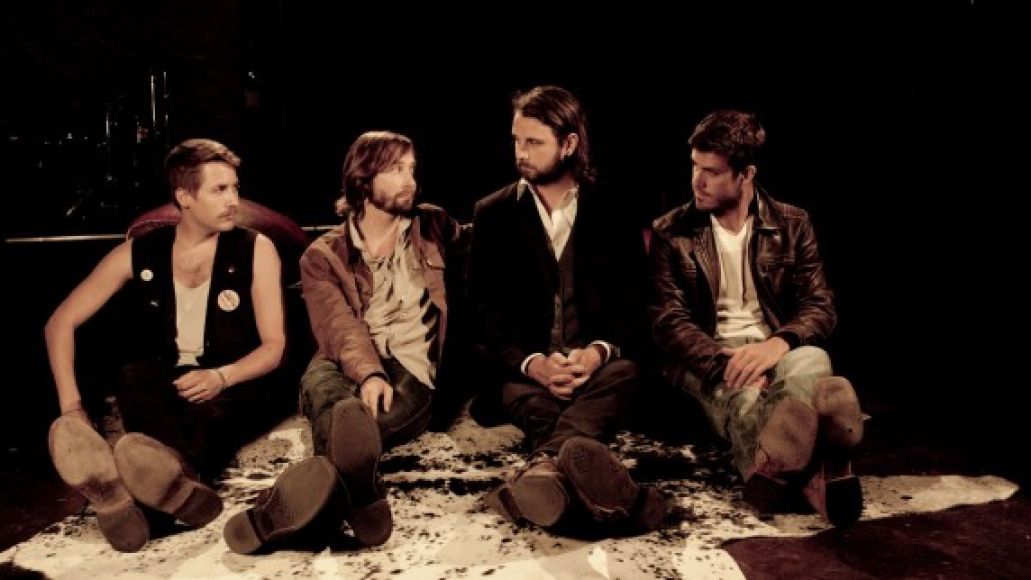 From the crunchy mountains of Vermont, Chamberlin are just now regaining their footing after a turbulant 2011, awash with bad blood in the band, personnel changes, and tour exhaustion. Their self-released EP, Look What I’ve Become, reflects on those moments of shame, regret, and trying to mend relationships between a band.

Filmmaker and director Megan McDonough aimed to capture the tenor of the band while she spent a week with the band earlier this year, filming a video series titled ”Above the Valleys”. You can check out the first two installments, “Theif” (Part 1) and “Maryland” (Part 2), both from the Look What I’ve Become EP.

McDonough says the goal’s “to have the chance to see a tangible space attached to a band’s creativity goes a long way toward understanding all the thought and emotion that went into its album.” McDonough, who spent a week with the band continues, “All the footage we captured that weekend documents a very specific time and a very specific place, and all of the videos produced reflect exactly who Chamberlin is right now, at this very moment, after over a year of dealing with intense situations.”

Part 3, “A Pleasant Conversation Over Drinks”, is below. How much bittersweet irony you’d like to add to the mix is entirely up to you.

Also below are tour dates for Chamberlin, along with a great Rubblebucket remix of ” Thief”. Keep your eyes peeled for a new feature on Rubblebucket’s live show this week!

Video: Chamberlin - "A Pleasant Conversation Over Drinks" (CoS Premiere)