Announcements that Daniel Lopatin and Tim Hecker were preparing a collaborative album had the Resident Advisor-faithful buzzing and Watch the Drone zingers abounding, and for good reason. As Oneohtrix Point Never, Lopatin joins undulating synths and an innovative form of plunderphonics – early recordings consisted of miscellaneous sounds and loops that Lopatin excavated from YouTube while bored at a 9-to-5 – to form some of the most powerful, and most unnerving, electronic music of the past few years. Hecker, meanwhile, has taken a much less intricate approach – his sound is founded in massive synth waves and, usually, not much else – but has proven just as immersive, thanks to his virtuosic sense of how even the most homogenous sounds can shift and build to create something mesmerizing. Idiosyncrasies and differences aside, though, expecting anything less than one of the year’s best electronic albums to emerge from their partnership seemed out of the question.

And yet. It’s always been easy to figure that both Lopatin and Hecker are meticulous, theory-minded artists, but Instrumental Tourist is anomalous in that it came together through improv-based sessions that were, according to Lopatin’s recent interview with Exclaim!, “divorced from any idea or concept.” This might be why the album never quite touches either artist’s best work. Given that Hecker, particularly, has been using full-blown concepts as framework for his records (last year’s great Ravedeath, 1972, for instance, was “about” sonic decay), it’s unsurprising that the use of a more freeform approach keeps this music from situating itself into an atmosphere as addictive as that of, say, Hecker’s 2004 Mirages or Lopatin’s 2011 Replica.

A few spots exemplify this. Following its 50-second alpha version, “GRM Blue II” opens with a ringing borderline-industrial cacophony, but eventually devolves into a more formless state, where arrhythmic chord-pounding and buzzing unmelodic notes funnel in seemingly without direction. On the other hand, it feels like half of “Whole Earth Tascam” was left out of the mix in post-production – you just keep waiting for something to come in and flesh the track out, giving it some semblance of an identity. Unfortunately, these are the moments where the album is most dependent on improvisation (that is, where the drones at the base of it all are at their most inconspicuous and in need of complements), and Hecker and Lopatin don’t quite deliver as dynamically as you’d like.

That said, it’s difficult to imagine either of these guys producing a bad album, and there are moments here that hold Tourist together respectably. Opener “Grey Geisha” is the one point on the record where the digital almost gives way to the organic, with thick yet just-barely-there flutes breathing their way into the mix and lending the synth-cloud beneath an impenetrable placidity. “Racist Drone” achieves a similar lushness through pervasive pads and bird-chirps, yet it lasts over a minute and a half longer, upping the level of absorption that much higher. And while the especially drone-heavy “Uptown Psychedelia” might have faced the same problems as “Tascam”, some rather simple elements (subtle, melodic keyboard flourishes and a static crunch that alternates between channels) keep it from becoming too indistinguishable from other tracks.

In that same Exclaim! interview, Lopatin cited Miles Davis’s In a Silent Way as an inspiration for the improvisation here. Silent Way is an excellent album, yes, but also one that was set up much differently than Tourist, both in terms of time (both of Miles’ songs top 18 minutes, allowing plenty of room for build; not one here reaches beyond six) and in terms of the number of moving parts behind it (eight primary musicians were involved). Taking those things into consideration, it’s questionable whether Hecker and Lopatin ever had the wherewithal to mimic what was happening during the creation of that album, technique-wise. Either way, Tourist could have benefited from more calculation and an emphasis on the things that have paid dividends for these guys in the past. If they have to compromise their approaches this much in order to work together, it isn’t quite worth it. 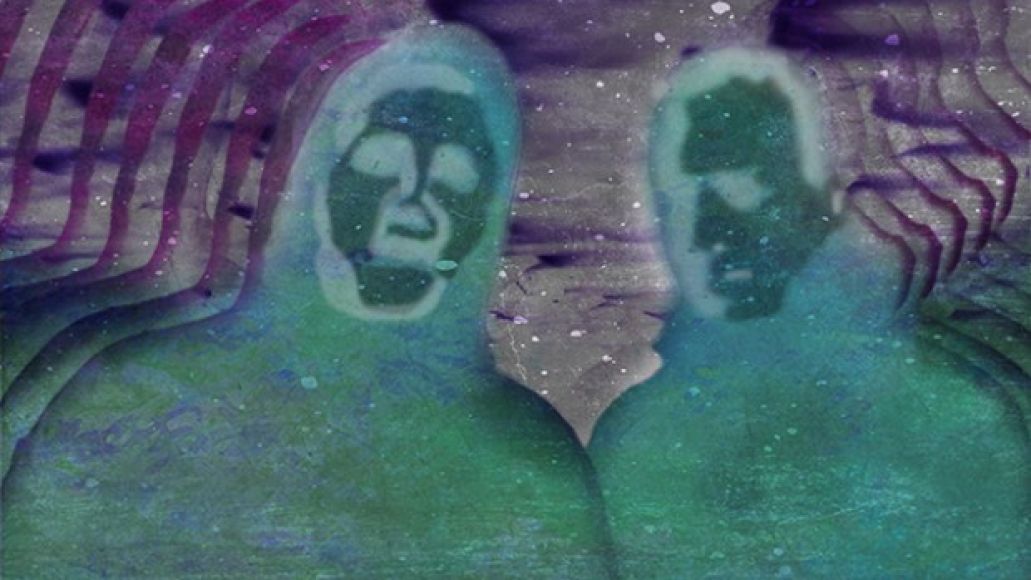