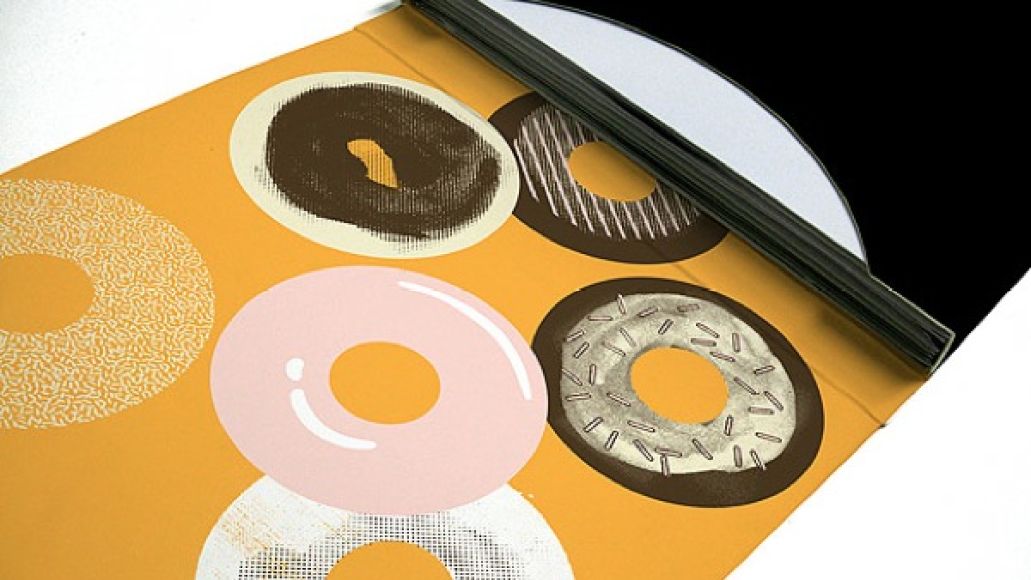 One of Detroit’s most renowned hip-hop producers, the late J Dilla, will have his most acclaimed work reissued early next year. Donuts was released in 2006 just three days before Dilla succumbed to a rare blood disease. Now, after a series of posthumous releases, the iconic album is being presented in a new 7″ box set from Stones Throw Records.

The 30 tracks comprising Donuts, including the instrumental intros/outros, have been disperesed over seven 7″ 45s. Also included is a bonus eighth 7″ featuring “Signs” from the ‘Fan Club 45’ series backed with the Dilla-produced “Sniper Elite & Murder Goons” by DOOM and Ghostface Killah.

Filled with Motown soul, this “rap album without rappers . . . transcend[ed] the rigid definitions of what a hip-hop album could be.” You can snag the reissue when it’s released during “the second week of 2013,” or pre-order it now at Stones Throw. Below, sample Side D with “The Diff’rence”, said to open with “Donuts Outro/Intro” as per the album’s original sequence.