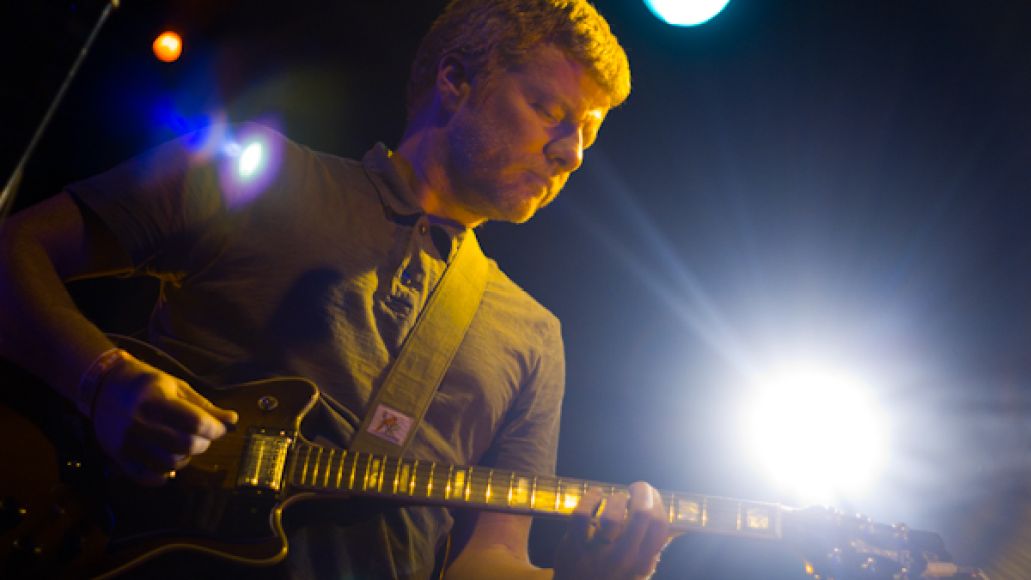 Between his solo tours and his dates with The New Pornographers, it was hard to believe A.C. Newman (or Carl to his friends) when he noted early in his Tuesday night set that he thought this was his first time in Echo Park. But, if he had indeed managed to avoid playing until yesterday in the area’s primary venues, the Echoplex and Echo, it was for the better. These two havens for up-and-coming indie, dance, and hardcore artists are generally suited for loud bills, where start times are often past midnight, the majority of the young crowd smoke outside until the headliner begins, and the sound issues can plague large percentages of sets. For some shows, these factors make the Echoplex great, however, on this night Newman and his band were playing against rather than at The Echoplex. Thankfully, what might have sunk a less experienced act could not get the best of the songwriter and his five touring associates, as the strength of their material and the sheer talent of the crew made up for the inappropriate setting.

Also making their Echoplex debut were Los Angeles’ locals Harriet, who after just one year of being a band seem to have attracted their share of dedicated fans who both show up early and stand up close. And, it’s easy to see why, as singer Alex Casnoff has an undeniable voice, confident in its blues and country roots, and simple enough for listeners to get lost in its boozy drawl. As a former member of Dawes, Harriet seems like a logical side-step away for Casnoff. Though they seem content on letting the music speak for itself, their snoozy stage presence needs to improve if the young band wishes to make a leap on the back of their catchy sound. 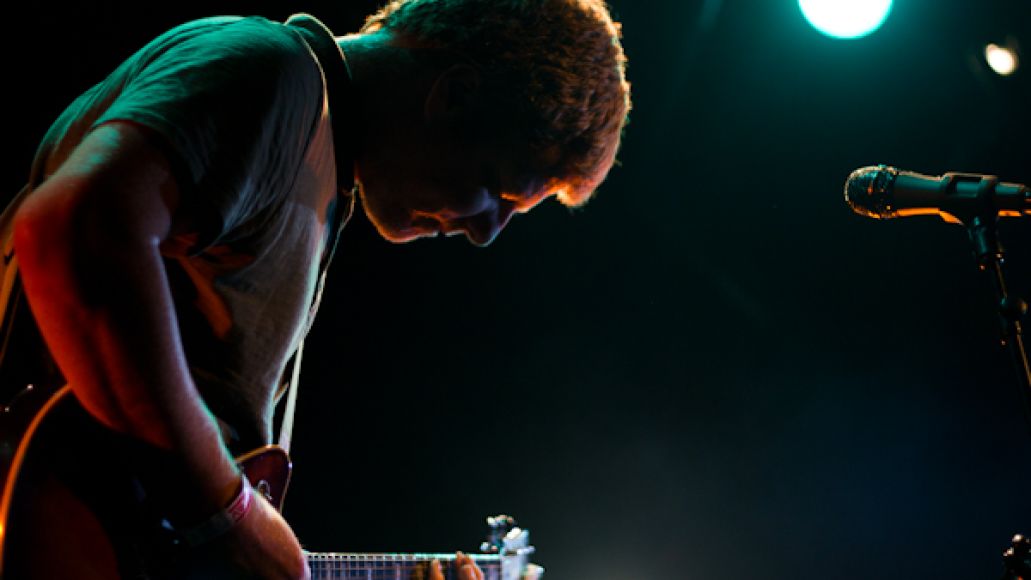 Though A.C. Newman offered up a few memorable quips with his onstage banter, anyone who’s previously seen him over the years could recognize that the usually chatty singer was uncharacteristically mum. This was a slight disappointment, as hearing Newman riff with his bandmates and share stories from the road is a distinct pleasure that he usually provides. However the focus of the evening was placed not on Newman’s ability to engage between songs, but on the music. And, rightfully so, as the new songs from the recently released Shut Down the Streets seemed like a challenge to execute.

Over the course of the set, Newman’s gang of multi-instrumentalists incorporated an impressive artillery — even showcasing dual clarinets at one point — and indulging upon a steady diet of horns, flute, melodica, and various percussion accents. Often with six instruments playing at once, and frequent switches within songs, some details seemed to get lost in the mix, but when it worked, the results were striking, best exemplified on the bridge of “Drink to Me, Babe, Then”, which saw Newman’s whistles matched by a pair of woodwinds, detached drumming, and a whining slide guitar working both together and apart, building a more complete and affecting vision than the sketch made on Newman’s solo debut, The Slow Wonder. 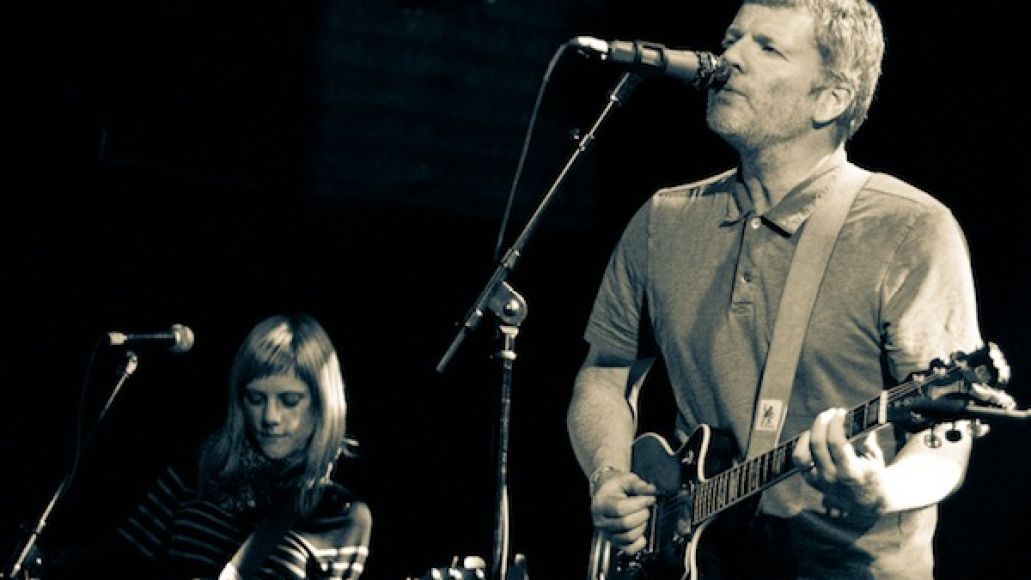 But, the band’s biggest strength on this night would be in moments that relied less on subtlety and those that gave in to the space’s demands for loud, muscular rock. Selections from Newman’s second album, Get Guilty, excelled in this setting, with “The Palace at 4 A.M”, “Prophets”, and “The Heartbreak Rides” supplying the highlights of the evening. This allotted Newman and company some reprieve from the intricate arrangements that fill Shut Down the Streets.

And while the crowd remained attentive and courteous throughout, the atmosphere in the audience bordered on comatose, not giving Newman much to work with when he did try to poke his head from his shell. In the end, the audience and musicians both seemed content to share this well-chosen mix of old and new tunes, in an unspoken understanding that next time would be better — at a venue with a balcony somewhere more familiar than Echo Park.

Setlist:
I’m Not Talking
The Palace at 4 A.M.
On the Table
Encyclopedia of Classic Takedowns
Prophets
Secretarial
Strings
The Changeling (Get Guilty)
You Could Get Lost Out Here
Drink to Me, Babe, Then
Do Your Own Time
They Should Have Shut Down The Streets
Like a Hitman, Like a Dancer
Come Crash
The Heartbreak Rides
Hostages
Miracle Drug
Encore:
There’s Money In New Wave
Town Halo