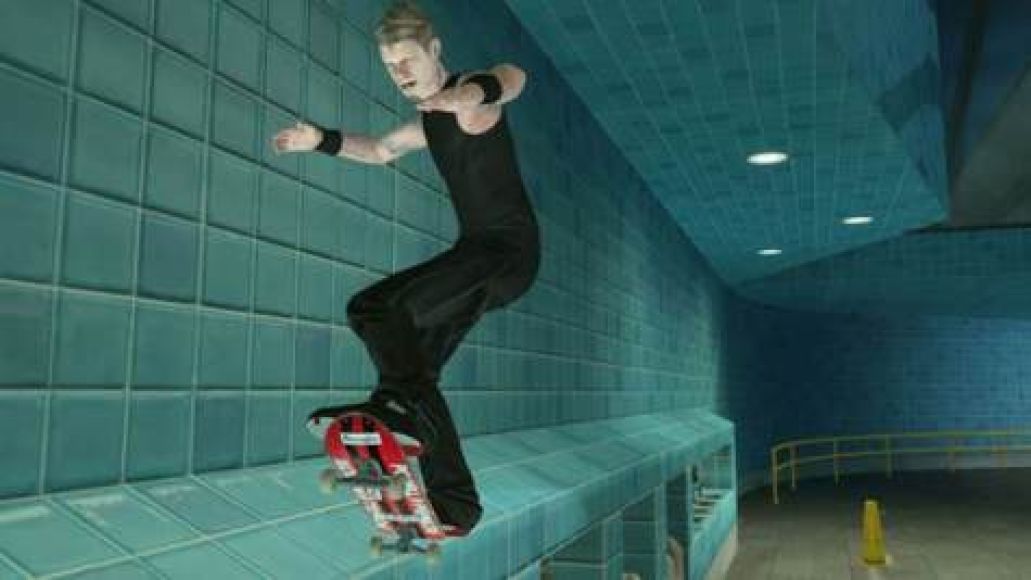 Whatever strange space-time phenomenon caused Metallica and Vans to unite for a signature line of shoes has now unleashed its radioactive waves on video game publisher Activision. As Blabbermouth points out, frontman James Hetfield and bassist Robert Trujillo are featured as playable characters in a new expansion for Tony Hawk’s Pro Skater HD. Above is a screen grab of “Hetfield” busting out a kickflip. Or is that an ollie?

The “Revert Pack” also includes the band’s song “All Nightmare Long”, the revert move, and pro skaters Steve Caballero and Geoff Rowley. It will be available on December 4th for Xbox Live, PlayStation Network, and Steam for only $4.99.