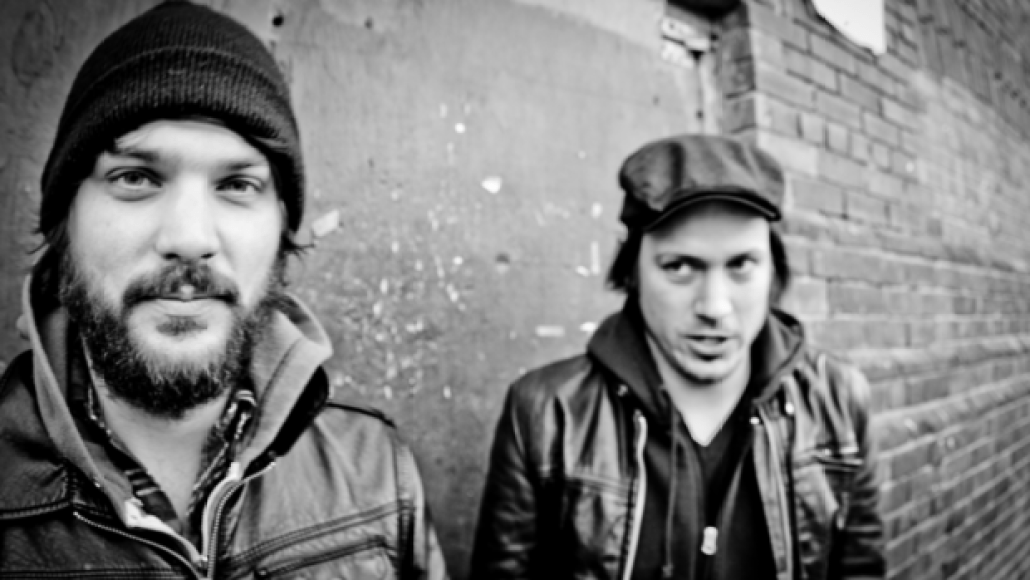 The Ontario duo Indian Handcrafts are riding in the cab of their suped-up album Civil Disobedience for Losers, a riff-metal funk-blasted gem. Brandyn James Aikins Daniel Brandon Allen (that’s five first-names for the two of them) offered up this playlist of wicked peaks (Indian, Celtic Frost) and some surprising valleys (that Horseback song just sprawled itself all over my “calm the hell down” playlists) that have been tumbling through their heads of late. Check out the liner notes below, and subscribe to the playlist on Rdio.

KISS – “Under The Rose”
Why.. Because its the greatest song off of one of their greatest albums and if you think otherwise you’re just wrong. I’m still waiting for the movie to come out!!

Hank Williams – “Kaw Liga”
Why.. Because it’s the best god damn song he ever wrote and I’m biased.

Funkadelic – “Super Stupid”
Why.. It wakes your ass up when you’re driving.

Indian – “Guiltless”
Why.. It’s a good song to digest fast food to.

Celtic Frost – “Into The Crypts Of Rays”
Why.. Because you cant always drive the speed limit and its a good song to practice your high kicks to.

Horseback – “Blood Fountain”
Why.. Sometimes you want some peace

Venom – “In League With Satan”
Why.. The pace of this song has a purpose

Lalo Schrifrin – “The Big Battle”
Why.. Best pre-show song ever!!

Alice Cooper – “Long Way To Go”
Why.. Because you always do.