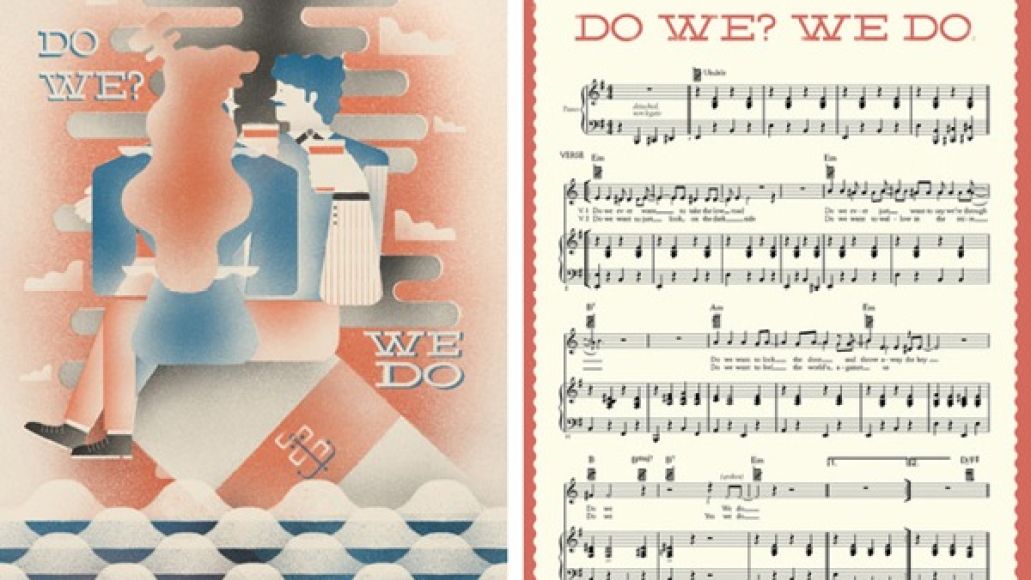 Next month, Beck will release his new album of sheet music, aka Beck Hansen’s Song Reader, through McSweeney’s. On Tuesday, The New Yorker published Beck’s preface to the album in which he addresses the genesis of the project, how sheet music functions next to MP3s, what he hopes individuals will bring to the songs, and more. While you can read the whole thing over at The New Yorker‘s website, we’ve selected some choice excerpts below.

What good is Song Reader if I can’t play an instrument?


Writing the songs included here, I began to wonder: How do you ask people to take the time to learn to play them? Part of the answer involves acknowledging that some people won’t be interested in making that leap. We’ve attempted to make a book that’s able to stand alone as an object, aside from the music. Traditional album releases can have a self-contained value in their physicality; the photos and art and titles can draw you in before you ever hear the songs. This is a book that takes inspiration from that feeling. The art, the ads, and the other text hopefully convey something all by themselves.

But actual, playable songs were still a necessity. I started to think about what kind of songs have a quality that allows others to inhabit them and to make them their own. What is it about a song that lets you sing it around a campfire, or play it at a wedding? Is it the simplicity of the sentiment? A memorable melody? What makes certain songs able to persist through any era, and adapt themselves?

The songs I would write for one of my own records began to seem less appropriate than songs written in a broader style. At times, I struggled against my own writing instincts—where was the line between the simplistic and the universal, the cliché and the enduring? Classic songs can transcend and transform a cliché, magnifying a well-trodden phrase or sentiment and making it into something elemental. But often that approach descends into banality and platitudes. My appreciation for the ability of songwriters to avoid those pitfalls drove a lot of the writing here; still, I have little idea whether any of these songs managed to find that line. In the right hands, maybe they’ll be able to come a little closer to it.

On “the risks of the inherent old-timeyness of a songbook”

I know I have friends who will dismiss it as a stylistic indulgence, a gimmick. There’s a way of miniaturizing and neutralizing the past, encasing it in a quaint, retro irrelevancy and designating it as something only fit for curiosity-seekers or revivalists. But although the present moment can exclude the past from relevance, it can’t erase its influence entirely. Each era finds something new to return to; things that seemed out of date have a way of coming back in new forms, and revealing aspects of themselves we might not have noticed before. I think there’s something human in sheet music, something that doesn’t depend on technology to facilitate it—it’s a way of opening music up to what someone else is able to bring to it. That instability is what ultimately drew me to this project.

You can continue reading the preface over at The New Yorker. Below, get a sample of what Song Reader can sound like as staffers and a cartoonist from the magazine perform “Old Shanghai”.