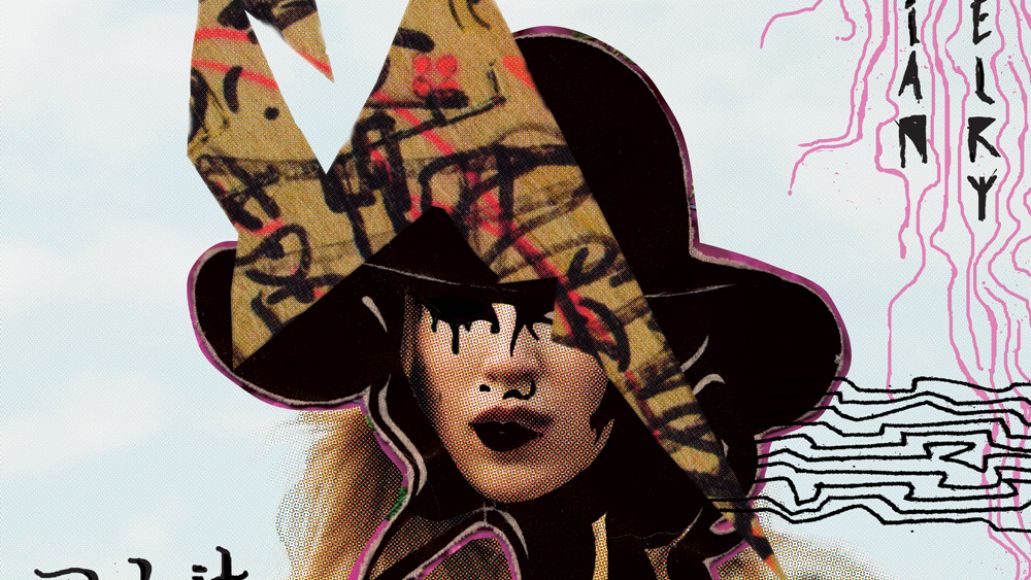 Houston noise rock outfit Indian Jewelry returns this week with their sixth studio album, Peel It, via The Reverberation Appreciation Society. The follow-up to 2010’s Totaled was recorded after the band spent some time living in New York earlier this year, during which leaders Erika Thrasher and Tex Kerschen became parents. In an interview with Free Press Houston, Kerschen remarked how their daughter “brought him back” to a more centered, musically-focused place after being “spoiled” by the every day tediousness of life on the road.

That sense of returning to basics has informed the entire 11-track effort, as it finds the band exploring the “darklands of noise, psych, dub, and experimental rock” and utilizing “fractured melodies, whitenoise, and heavy rhythmic energy” to tap into a so-called “primal consciousness”. With fellow Texas rock outsiders like Butthole Surfers, Red Krayola, and Jandek serving as inspiration, the album never settles on one sound for long, ferociously darting between emotional highs and lows and varying volumes while somehow maintaining a level of cohesion and a single-minded focus. Highlights include “Eva Cherie”, “Don’t Fear The Future”, and “Guns”.

We don’t do genres. We’re not a psych band nor an industrial band nor what have you. Never were. This album is mostly the sound of electric guitars running through amps, but we’ve done shows without guitars too. We’re barely a band by the usual definition. But we are dedicated people and we have ideas about music and we’ve been working to realize those ideas for years now. The only metaphor I can come up with for the Indian Jewelry journey is that big pile of spiraling trash in the Pacific Ocean. Surely we must also float back and forth.”