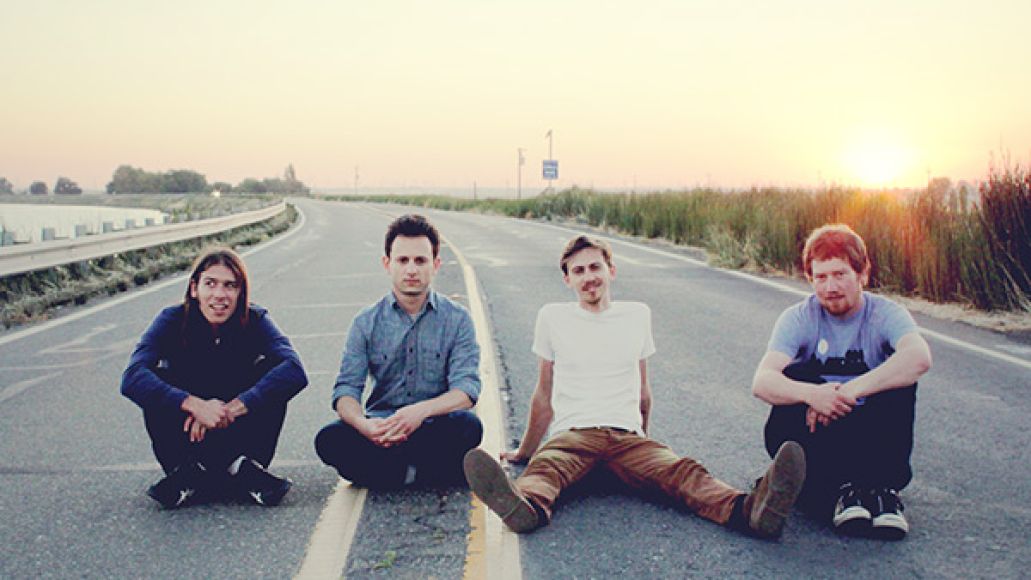 San Francisco blues-rockers The Stone Foxes spent much of the past year on the road supporting 2010’s Bears & Bulls, playing festival gigs at Wakarusa, Outside Lands, Voodoo Music Experience, and beyond. All the time, the quartet were writing songs, even reportedly on stage, documenting their growth as a unit and increasing critical acclaim. The group will share some of those numbers with the release of their third LP, Small Fires, on February 12th via INgrooves Fontana.

Recorded at the Carriage House in Los Angeles, the LP was helmed by the band’s dream producer, Doug Boehm (Dr. Dog, Drive by Truckers). Working with a musical hero freed the band to explore new and exciting creative grounds. “It feels like we finally made the record we set out to make,” said multi-instrumentalist Shannon Koehler. “The sound feels like us. We said what was on our minds, whether it was political, about a relationship, or anything else. It’s darker than our first few records, but making it put a big old smile on my face.”

For evidence of where their travels have landed them aurally, the band has released lead single “Everybody Knows”. Musically, the band lay down a grimy blues groove, one where every note from the harmonica and strum of a guitar string feels like a tiny knife to the heart. But it’s the lyrical content that delivers the deathblow, detailing a man who is losing his mind, and possibly his life, and can do nothing but sing about it to a cold, bitter world. Download it below.

The band will also be on tour later this winter in early support of the record. Check out the full itinerary below.