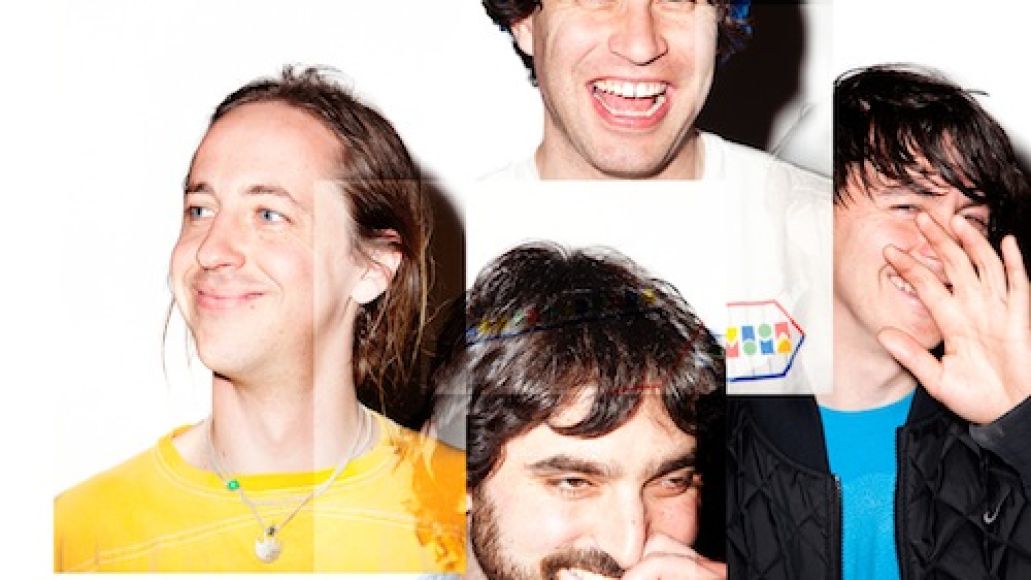 Apparently recorded in the sessions for Centipede Hz, Animal Collective are dropping “Crimson” as the B-side to their new 12″ single of “Applesauce”. It’s been a live staple for a while, but the deep, melancholy, Avey Tare sung tune gets even more concentrated in its studio form. It might be a stretch, but the chorus of “I’m sorry I cut you with my knife/ I’m hunting and I don’t know why” leading to his heart taking over and a hope that he can sit and talk to someone suggest that this might be one of those tunes angling at a reconciliation with a lost love. Or maybe it’s about a “sad and lonesome eagle.” Decide yourself by picking up the single, available November 11th via Domino. -Adam Kivel Mark Oliver Everett will return on February 5th with his 10th album as Eels, and the dark, stompy “Peach Blossom” is our first taste of Wonderful, Glorious (which comes via Vagrant). “Open the window man and smell the peach blossom/ the tiger lily/ the marigold,” he croons, his gravelly vocals ramping up the Beck-echoing combination of squared-off synth tones and guitar chug. Everett’s swagger is turned to 11 (“you gotta love what’s happenin’ here”), and the exuberant rhythm certainly matches his enthusiasm, a grand return after three albums down the high concept rabbit hole. -Adam Kivel 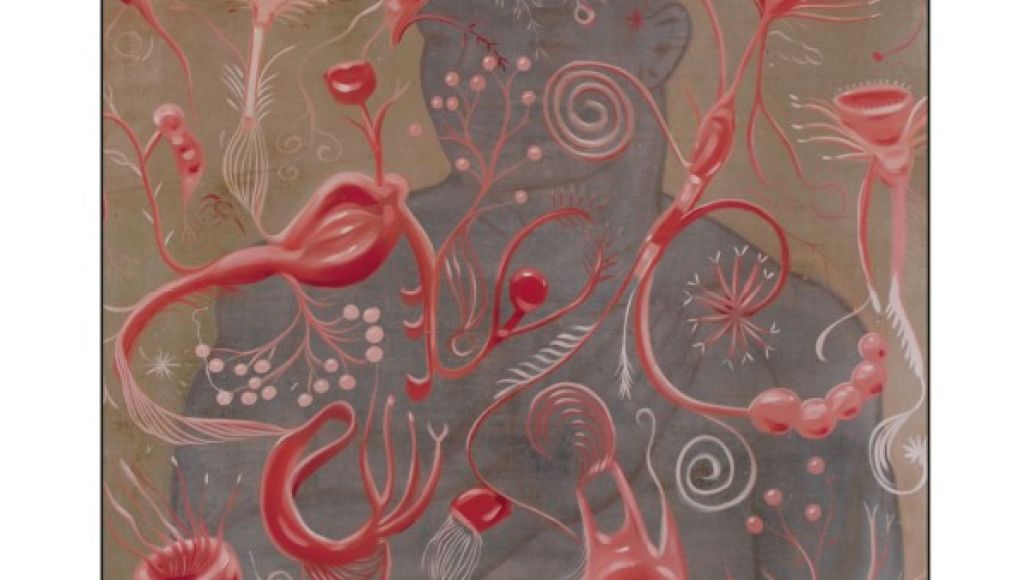 Board Steve Hauschildt’s spaceship. Travel through time with him. There will be vintage synths pulsing, tiny beats ticking and tocking. It will sound like “Constant Reminders”. Reminders of your past, but not those life-defining memories or revelations. Instead, Hauschildt evokes the subtleties that dwell in the repressed part of your brain. You’ll recall architecture that no longer exists, obsolete technology — spontaneous snapshots that you can’t place chronologically, but which warm your heart nonetheless. The journey continues on the rest of Sequitur, due November 12th via Kranky. -Jon Hadusek

The Hood Internet – “Goooo In Paris” 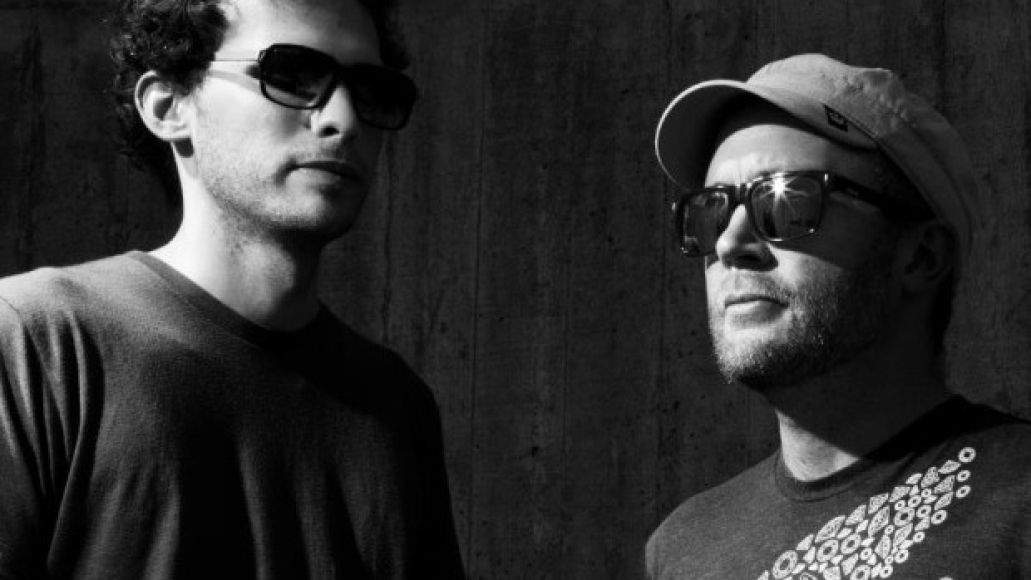 Lots of people have been messing with The Throne’s “Niggas in Paris” since its release, remixing, freestyling, and the like. Lots of people have been waiting for the promised addition of MC verses to the excellent electronics of TNGHT. Up to their usual tricks, Chicago mashup mavens The Hood Internet combined these two flurries of internet intensity, producing the infectious “Goooo In Paris”. Taking out Hit-Boy’s massive, iconic beat might seem blasphemous, but subbing in the squeal/stomp bravado of TNGHT makes up for it, especially when you get to the hyperspeed rave-up conclusion. -Adam Kivel 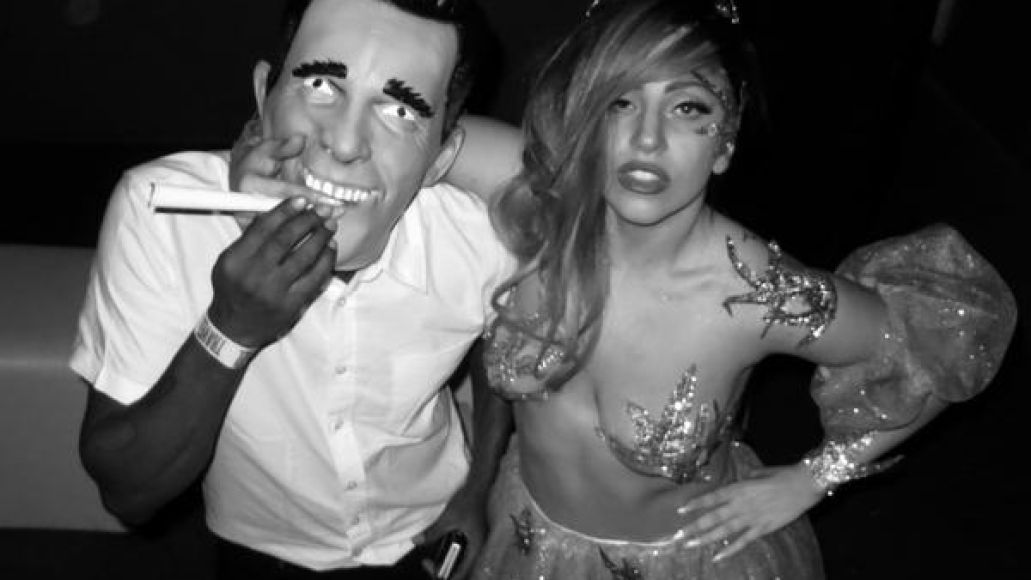 So, we’ve been pretty high on Kendrick Lamar’s good kid, m.A.A.d. city, but imagine if this version of “Bitch Don’t Kill My Vibe” made the cut. This version, with Lady Gaga’s vocals on the hook, was reportedly intended to make the cut, but conflicts with labels and deadlines meant you’ll have to get it via a tweet instead. Lamar’s verses about difficult love gain some extra drama with the female perspective involved, and the pairing of Lamar’s lightly nasally delivery of the song’s title with that silky lead bodes well for the pair’s other unreleased collaboration. -Adam Kivel 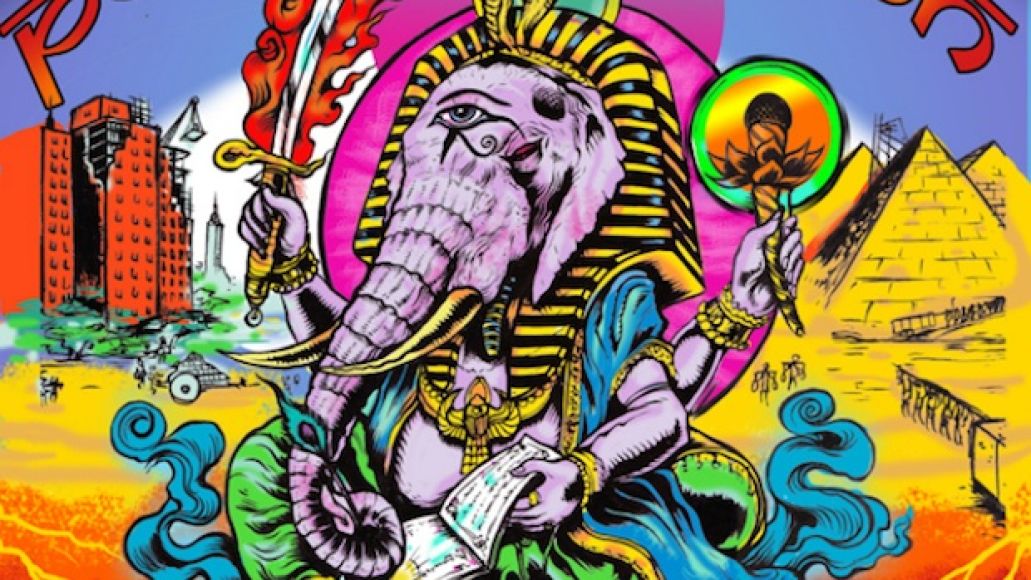 Mr. Muthafuckin’ eXquire follows no template, only his own conscious-by-way-of-crazy intuition. For example, he opens “The Message 1 & 2” relatively calm, his flow restrained and simple. But then part two kicks in, and we hear the ruthlessly untamed emcee ranting, dissing, saying “nigga” about 100 times — all over the course of a minute and a half. Produced by Seattle duo Blue Sky Black Death, “The Message 1 & 2” is the closing track off his major label debut EP, Power & Passion. -Jon Hadusek

The Rolling Stones – “One More Shot” 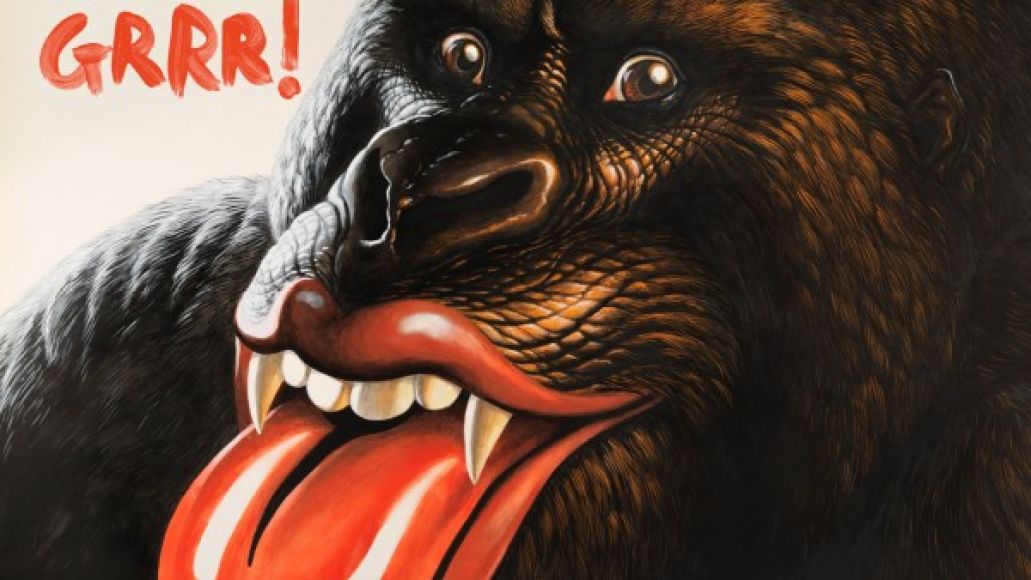 I’m curious: How much alcohol does Mick Jagger need to consume before he’s actually intoxicated? It must be gallons at this point. So what’s the harm of pounding “One More Shot” for the road? Taken literally, this track echoes those sentiments, though it’s more than likely a metaphor for the band’s apparent invincibility, their unwillingness to do normal old-people things like not making rock ‘n’roll. But the Stones will die before they stop rocking. Even their career-spanning compilation, GRRR! (due November 13th), will feature two new songs (this track and the previously released “Doom and Gloom“). -Jon Hadusek 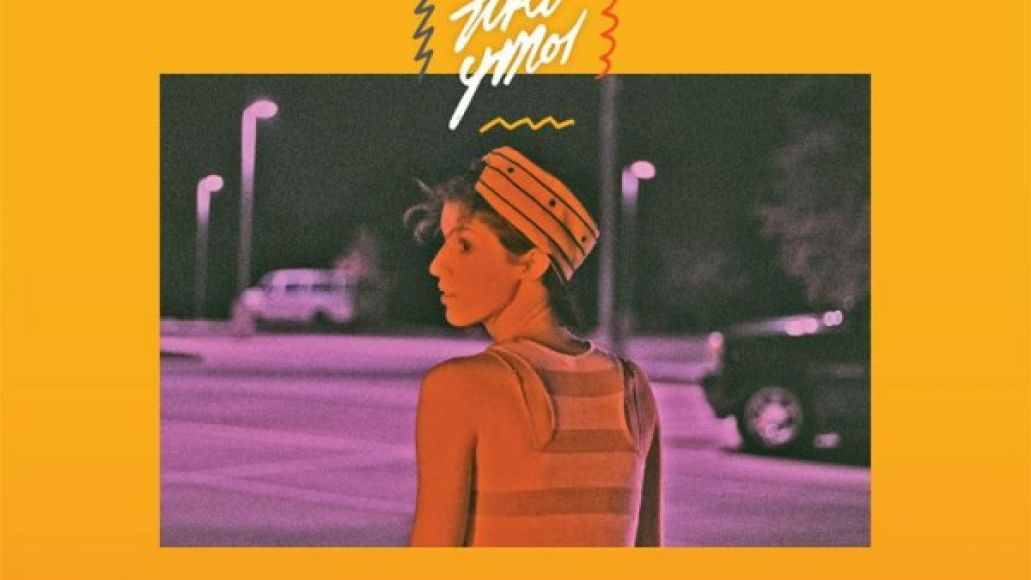 On Record Store Day Black Friday, Toro Y Moi’s Chaz Bundick will release his recent single, “So Many Details”, as a 7″ backed with a remix by Odd Future/MellowHype emcee Hodgy Beats. Whereas the original is smooth R&B, the remix is chilled hip-hop. Hodgy adds rattling snares and a verse of his own: “they say relationships make you sick/ so why should I even take the risk with a bitch if she ain’t legit?” He varies his cadence mesmerically to the oscillating tempo of the beat. -Jon Hadusek 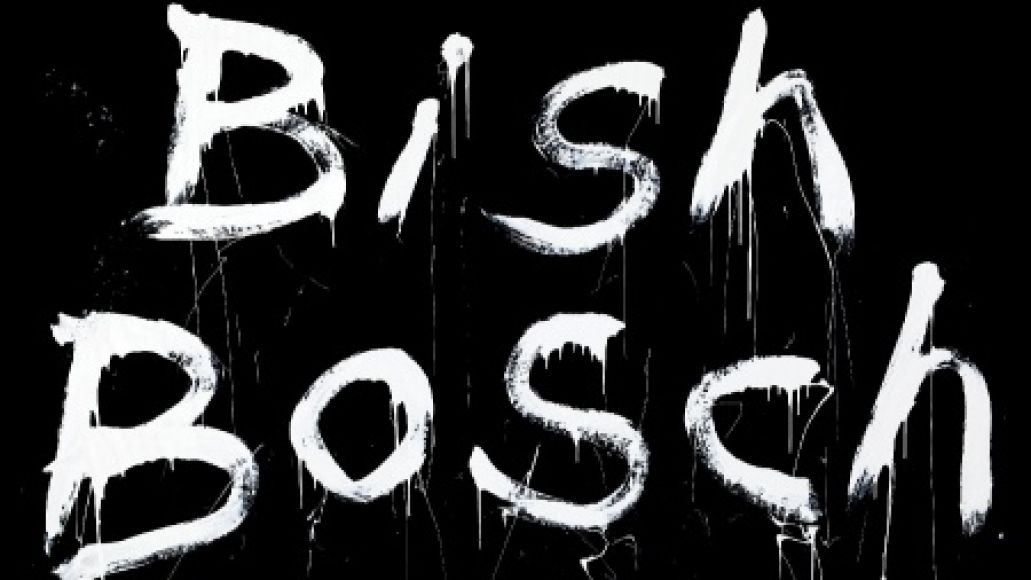 Legendary songwriter Scott Walker spent five years working on the songs for his upcoming album, Bish Bosch (due December 4th), so it’s no surprise that he came up with enough material to fill over 10 minutes in a single song. Low woodwind rumble, horn stabs, clap-along rhythm, and guitar yelps propel “Epizootics!”, one of two new tracks currently released. This jaunt hits some jazzy notes, and Walker’s talk of “choirs of pigs seeking revenge” and fear of Hawaiians reeks of some Waitsian weirdness. There’s an immense amount of ground covered, wandering from ukulele simplicity to empty-set eerieness. -Adam Kivel 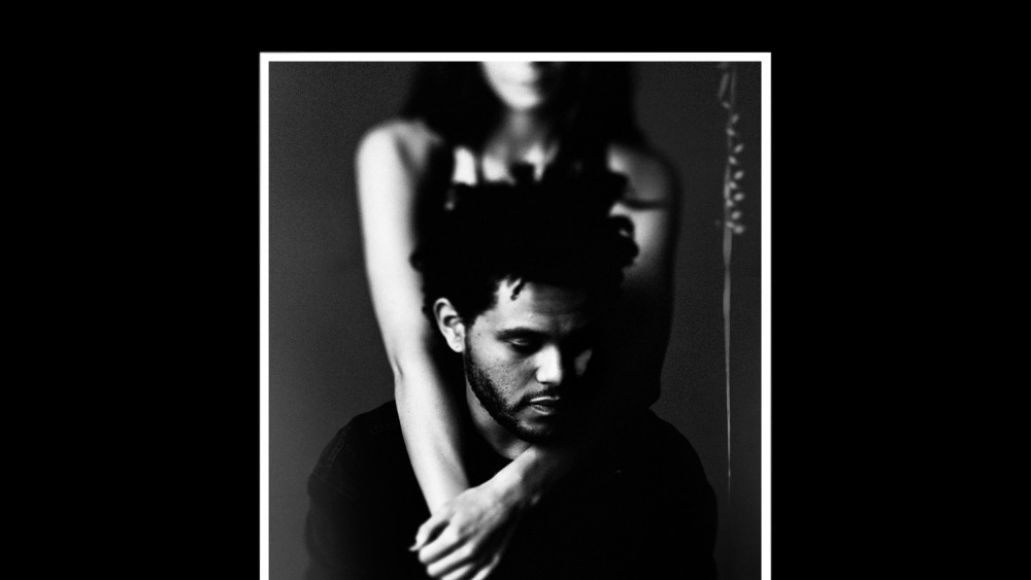 The Weeknd’s upcoming Trilogy box set (due November 13th via Republic Records) includes three new bonus cuts, including “Valerie”, which premiered on BBC Radio 1 earlier this week. A clanging drum track overtakes supple, ambient keyboards, while Abel Tesfaye struggles with the eternal predicament of Temptation vs. True Love. He’s passionate for the titular female (“I love you, baby/ and I need you/ I only want you”), but he falls to his weakness (“My hand on another girl”). -Jon Hadusek