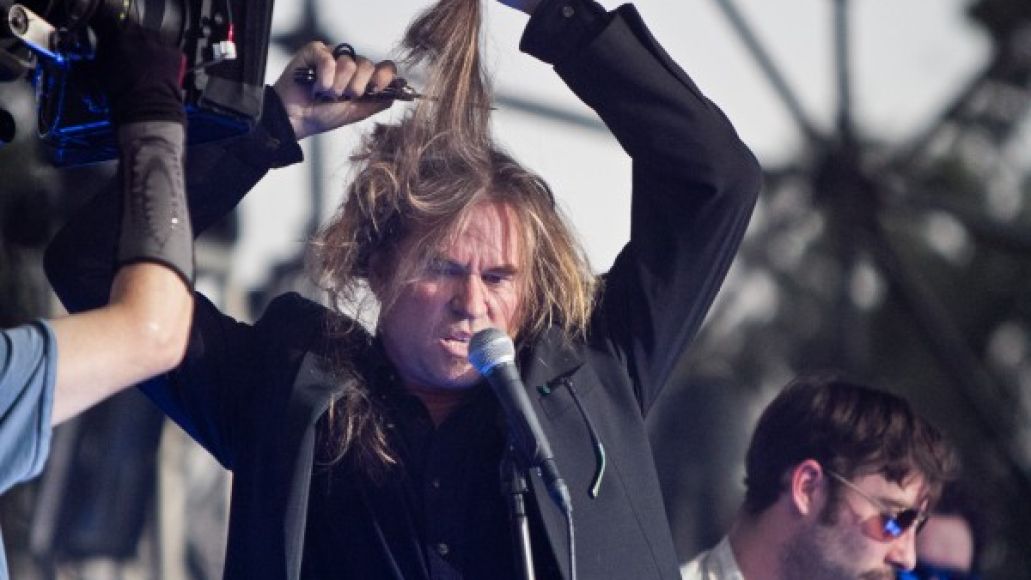 The Black Lips better get their SAG cards soon, because it looks like they’re going to get quite a bit of screen time in Terrence Malick’s next film. Last month, the cameras were rolling as the band appeared alongside Ryan Gosling and Rooney Mara during their set at Austin City Limits. And last night during their appearance at Austin’s Fun Fun Fun Fest, they got to serve as the backing band to a particularly riled Val Kilmer.

According to our own Jeremy D. Larson and RollingStone.com, Kilmer appeared on stage with the Lips for over 30 minutes as he smashed a guitar, destroyed an amp with a prop chainsaw, and even cut off his own hair with a large knife. He also shouted out phrases like “Autograph the epitaph!” and “Rock and roll is dead!” while the Lips blazed through their own songs. Check out a two-minute clip of the action below.

Footage from last night will presumably appear in Malick’s film, which is reported to center around a love triangle within Austin’s music scene. Malick previously filmed Gosling at last year’s Fun Fun Fun Fest. Other actors attached to the film include Christian Bale, Michael Fassbender, and Natalie Portman.