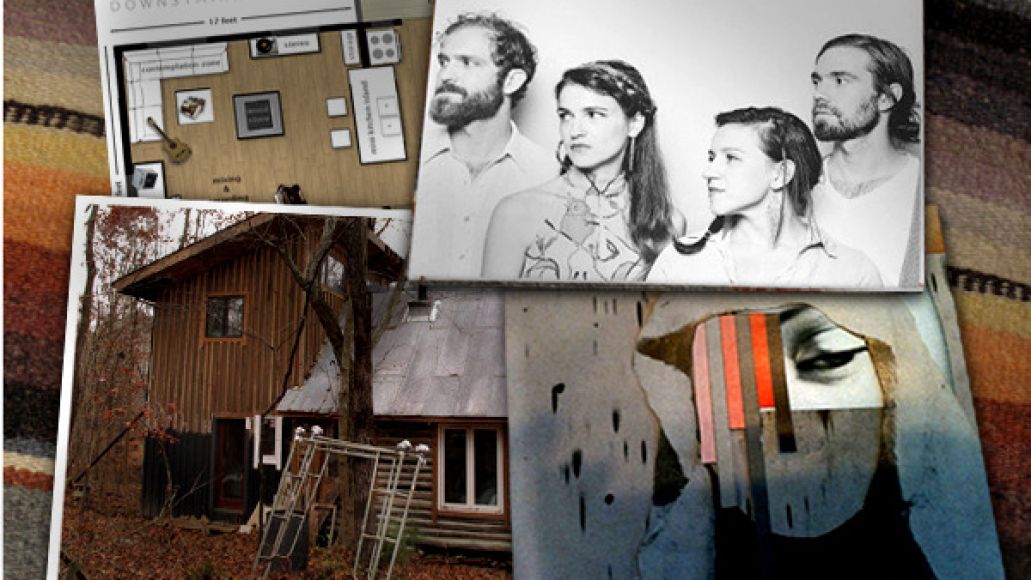 North Carolina folk rockers Bowerbirds are the latest band to turn toward Kickstarter for a little financial boost on a forthcoming project. But while some outfits need the sweet, sweet cheddar for shoegaze documentaries or tribute concert films, the members of Bowerbirds are in need of a cash infusion to finish building their solar-powered home recording space.

According to their Kickstarter page, the band has spent the last seven years without the “necessities” of “running water, electricity, air conditioning through miserable North Carolina summers, or a reliable source of heat through the winter, while we lived in an abandoned one-room schoolhouse, out of our minivan and tent, and then off-grid in an AirStream trailer in the woods.” But while they lived like savages or first-year college graduates, their simplification had a huge impact on their worldview and artistic approach, reflecting their “respect and gratitude for the land [they] live on and for the other plants and animals [they] share it with.”

Now, fresh off nine-plus months of touring, the band is seeking to raise $28,000 to finish up their cabin and release two albums by 2014: a follow-up to this year’s The Clearing and an LP from frontman Philip Moore’s brand-new side project, Island Dweller. The band have most of the structure built and are looking to raise the money to finish up plastering the walls, installing lights and electrical sockets, and setting up the actual recording equipment.

“We believe that recording our music in a place we created especially for that purpose, by ourselves, will result in better, more inspired, recordings, for less money and in less time, than it would to make an album in rented space, on rented time,” says the band.

And since you’ll be giving them a place to make music, the band have plenty of incentives for backers. These gifts include, but are not limited to: an EP of unreleased tracks, early downloads of the new Bowerbirds or Island Dweller records, magical amulets, handmade dish cloths, lapel pin tributes to their dogs, wolf power earrings, guitar lessons, relationship advice, and much, much more. For a full list of incentives and accompanying donation amounts, head here.

Below, watch the campaign’s trailer. To pledge and learn more, head to their Kickstarter page.