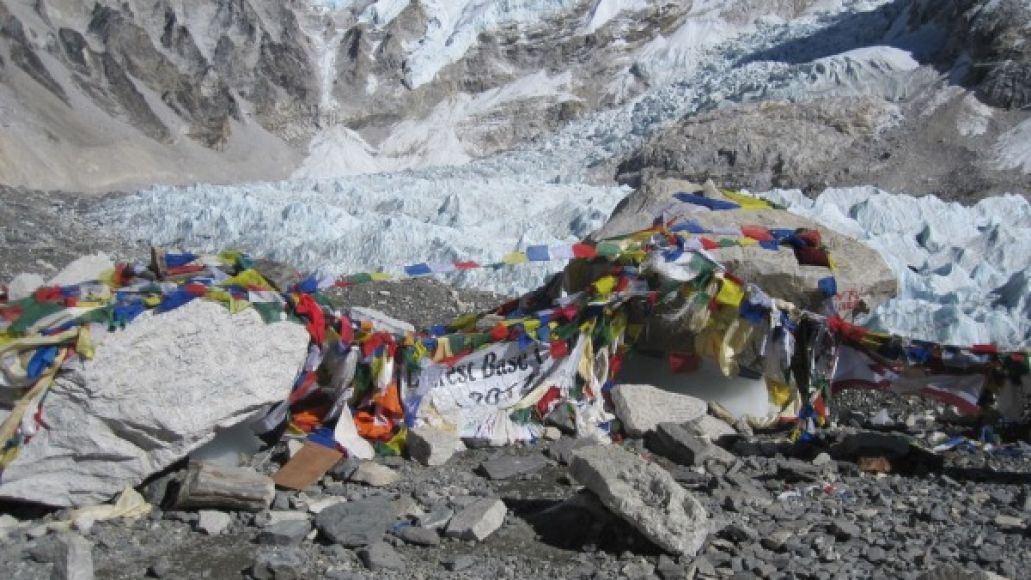 From November 24th to December 13th, G. Love (of Special Sauce fame) and folk-pop singer Brett Dennen will be taking part in the Everest Basecamp Trek in support of the music-centric cancer charity Love Hope Strength. Along the way, Dennen will offer dispatches of their journey, chronicling every steep peak, breathtaking view, and anything and everything they encounter up and back down the world’s highest mountain. Below, read Dennen’s third entry, where he and the crew reach the Everest Basecamp.

LHS was founded in 2007 by leukemia survivors Mike Peters (of the Welsh band The Alarm) and James Chippendale (president of Doodson Insurance Brokerage). Over the years, they’ve spearheaded bone marrow drives at concerts and festivals the world over, including Lollapalooza, Bonnaroo and Austin City Limits. To date, they’ve added 28,000 people to the international bone marrow database. For more info or to pledge, head to their official website

You are standing on an ice field covered in gravel, dirt, and rock.

17,600 feet. About 50 miles of walking from the beginning of the trail in Lukla. The end of the trail for Trekkers and pilgrims from around the world. Just the beginning for those who are more rugged and daring who continue on to the top. For summiteers, there are four more camps up the mountain which they do a series of going up and down between in order to acclimatize their bodies to the harsh altitude changes. A common technique is climbing high in the day, and then climbing back down to sleep low at night. Another common technique is breathing through oxygen tanks. Any healthy  person with $60,000 and a years worth of intense physical and altitude training can sign up for an expedition to the top. It takes about two and a half months. Which is an amazing advancement since Tenzing Norgay and Sir Edmund Hillary first set foot on top in 1953. That was after 30 years of many countries and multiple expeditions racing to be the first to summit. Now people do it all the time. From multiple sides of the mountain. The record from Basecamp to the top, from the Nepal side, is 11 days.

When we arrived at basecamp, my head was pounding. I hadn’t slept the night before. Sleeping at altitude means I wake up every couple of minutes with panic attacks. I felt like I was being suffocated. The oxygen level at 50%. Sea level is 100%. If you were to take a helicopter straight to Basecamp from sea level, you’d be very sick in a matter of hours. If you took a helicopter to the top, you’d be sick in minutes and die within a couple of hours. Altitude is no joke. That’s why we hike slow, to allow the necessary time to acclimatize.

We didn’t have a lot of time to hang around at Basecamp. We still had to hike back down to a little lodge in Gorak Shep, about three hours down the mountain. But the time we spent was the most meaningful of the trip. We all hiked up the mountain carrying prayer flags with the names of people who have been affected by cancer. We had a ceremony with music and then hung the flags to remain as prayers in the wind from the top of the world. 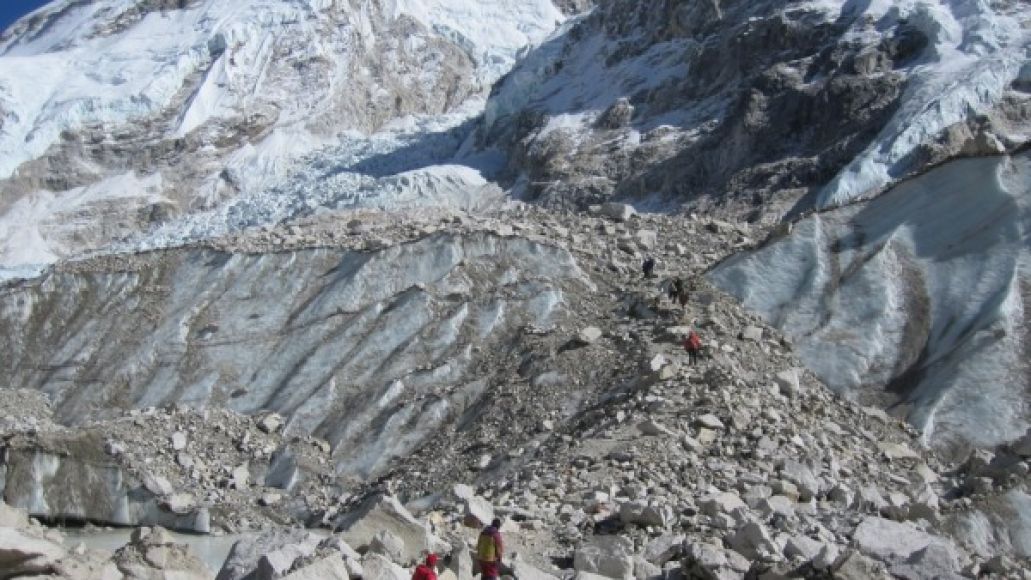 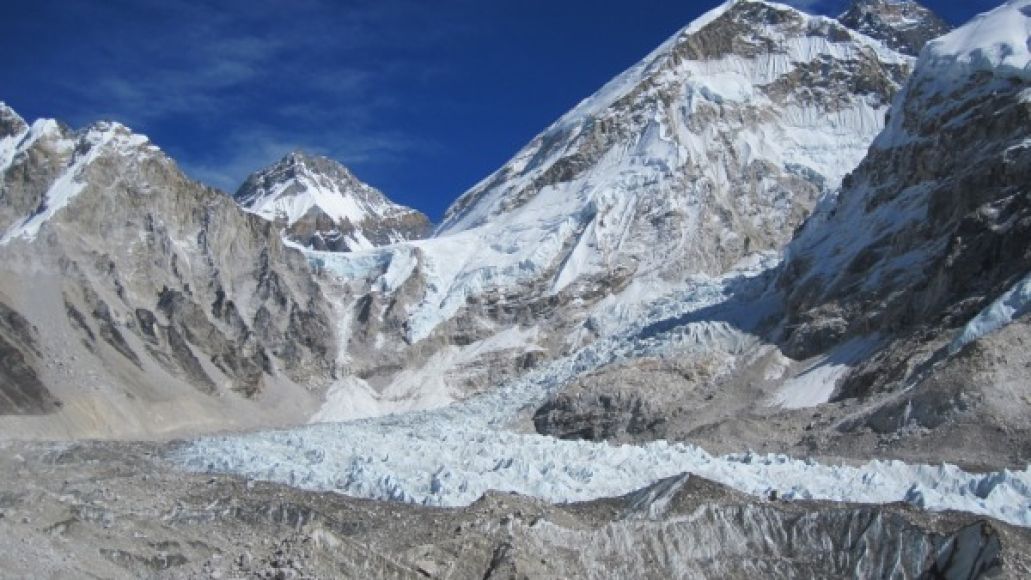