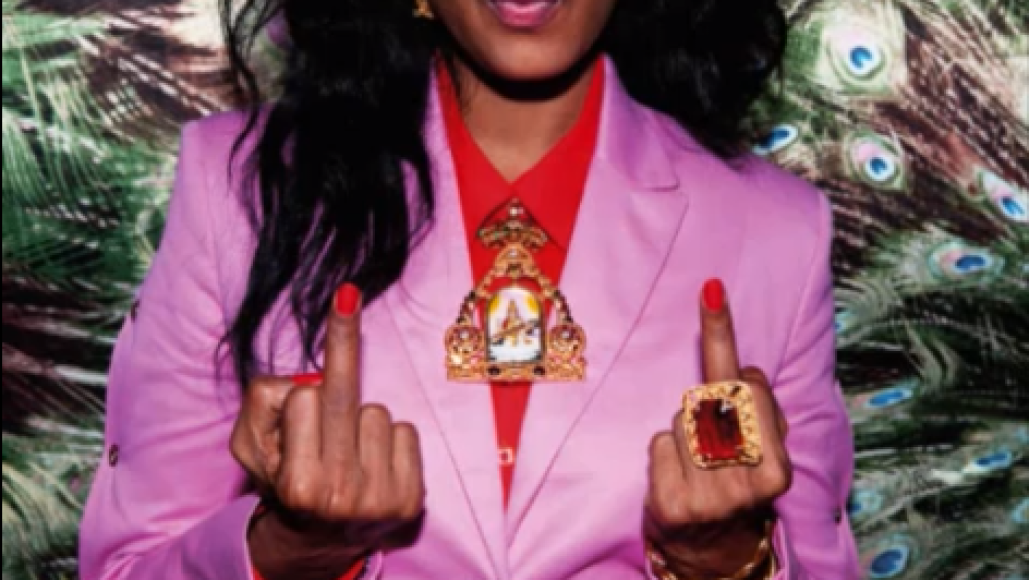 Aside from the excellent track known as “Bad Girls”, M.I.A’s biggest contribution to 2012 was flippin’ the bird at Super Bowl XLVI. But with the year winding down, Ms. Arulpragasam is going out on a slightly better note with the release of a new track entitled “atTENTion”.

Proving to be just as unpredictable as she was back in February, though, the singer released the track in a rather nontraditional fashion, emailing it to fans after being harangued for new music on Twitter. Wonder if that would work with, say, The Eagles?

No matter the delivery method, the track’s quintessential M.I.A., a hyperactive patchwork of jarring sounds from monstrous post-dubstep bass lines to jagged nu-rave breaks and even shout-outs to the almighty Wu-Tang Clan (“There’s 36 chambers in my tent”), all working together splendidly in noisy disharmony. Stream it below.

No word yet if “atTENTion” will appear on M.I.A.’s upcoming album Matangi, which was recently pushed back from its original December release. As always, stay tuned for more announcements as they come.