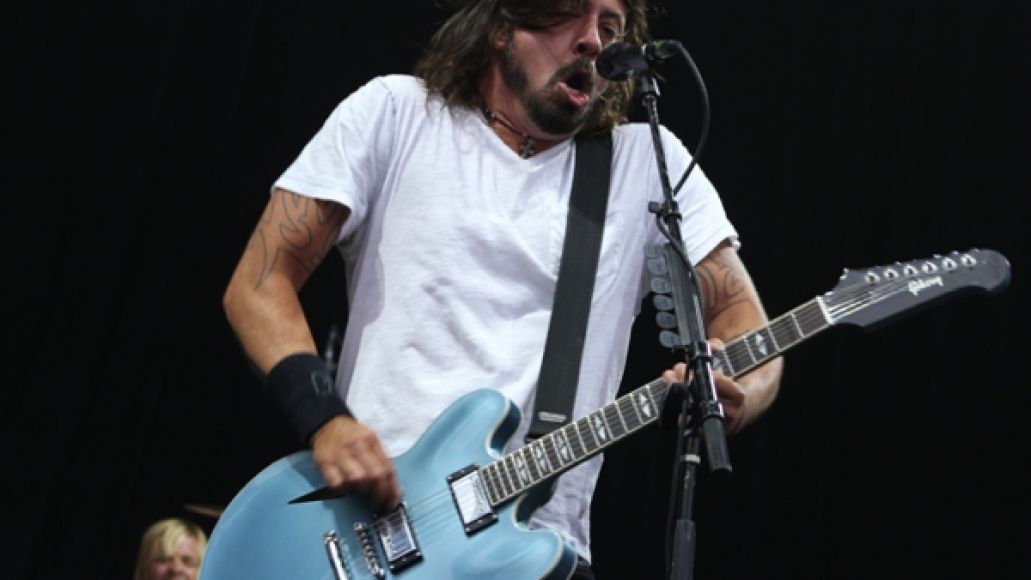 Dave Grohl somehow found an hour of free time and appeared on the latest episode of Marc Maron’s WTF podcast, where he discussed everything from Sound City (duh) to Nirvana (double duh) and how cool it was to recently jam with Sir Paul McCartney (ohh). Unlike most of the podcast’s episodes, this one was recorded outside of Maron’s garage and instead at Grohl’s “massive studio,” as the host describes it. Hear it now at Maron’s website.

In related news, Grohl’s collaboration with Stone Sour and Slipknot frontman Corey Taylor is out and there’s also a number of screenings set for Sound City in a couple weeks. The soundtrack itself is due out March 12th via Grohl’s own Roswell Records, and pre-orders are ongoing.