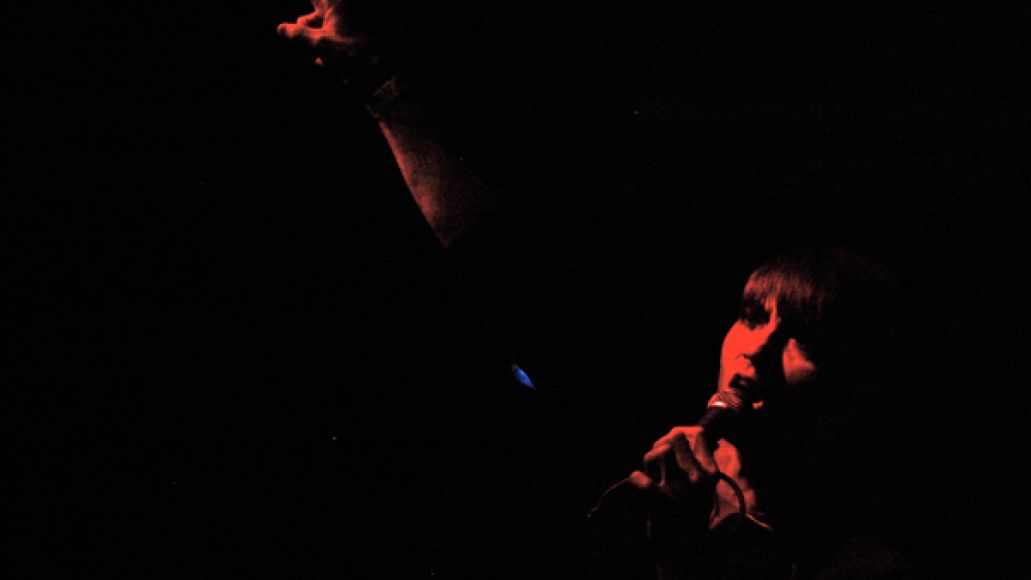 In middle school (and even early high school), I was a fucking loser. For two long years I spent most of my life at Blockbuster Video, where I cleaned out every genre and obsessed over cult horror films, ’80s midnight classics, or anything starring Rodney Dangerfield. When I wasn’t abusing my VHS player, though, I’d escape into big rock albums on my Walkman — stuff like Who’s Next, Damn the Torpedoes, Get a Grip, or Point of Know Return. I’d imagine these larger-than-life situations that could, really, only exist in my head. If it was late Friday night, maybe I’d imagine the best sex in the backseat of a stolen car with the girl of my dreams. If it was Tuesday morning, I’d pretend I was king of the school, getting the best of the dickheads who would call me things like “fat ass,” “loser”, or “kike” — you know, normal things typical Southern Catholic boys say. Point is: I’d always feel alive.

That’s pretty much how I relate to Free Energy. For their Chicago gig at Schubas Tavern last night, frontman Paul Sprangers took his “big and dumb” rock ‘n’ roll and threw the type of party I would drum up in my thoughts as a young, bored teenager. “I’m not ashamed to say this is totally awesome,” he said between breaths after “Something in Common”. Working with a jacketed, sold out crowd, one who tossed around three dozen glow sticks and sang along to pretty much one anthem after the next, the slinky frontman couldn’t stop smiling and radiating positive energy. He fist pumped, he danced, he crashed to the floor, he sat Indian style next to the drum set, and he grappled on to lead guitarist Scott Wells every other beat. 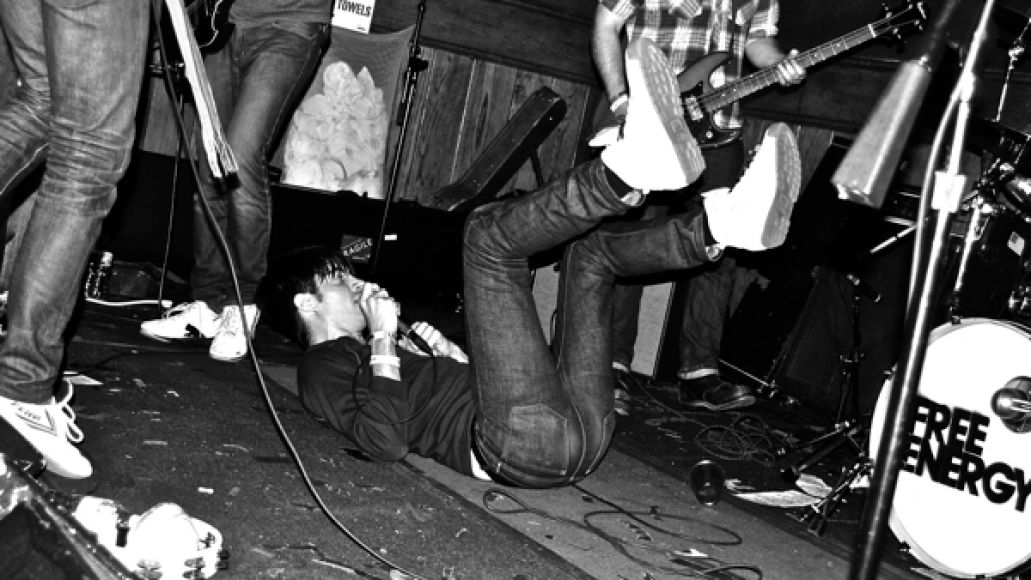 Nothing’s changed with this outfit. Since their countless supporting tours for 2010’s Stuck on Nothing, the Minneapolis-turned-Philadelphia rockers continue to doll out one party after another. The only difference now is that they have more songs in the bag with their recent follow up Love Sign. This means they play longer, but they also rock harder, too. Behind every crowd favorite like “Bang Pop” and “Free Energy” there await heavier anthems like “Electric Fever” or “Backsratcher” to pummel soon after. Wells and newcomer rhythm guitarist Sheridan Fox bounce riffs on eachother with such chemistry that even repetitive flare like “Girls Want Rock” or “Hangin” turn into irresistible burners.

There’s also a lot of heart to this group. Similar to the confessional nature of The Hold Steady’s Craig Finn both on and off stage, Sprangers readily admits he not only loves what he does, but adores his fans and passersby. Pessimists, cynics, or even some critics might scoff at this, or consider it filler before another headier track, but when it’s followed after soulful charmers like “Dance All Night” or “Young Hearts”, it’s easy to get wrapped up in the moment, too. That’s the thing about this band, though. It’s escapist rock, but for everyone. With zero irony and complete absolutes on their adoration for fruitful, self-empowering rock ‘n’ roll, Free Energy gets away with bringing girls on-stage for a song like “Girls Want Rock”, climbing atop soundboards to spit out a frenzied guitar solo, coddling glow sticks during slow break downs, or working in an encore where their only exit is the front row of the audience. It’s small big stuff, but it turns the inner loser in everyone from chump to champ — and, let’s be real, there’s no drink on this planet that will do that. 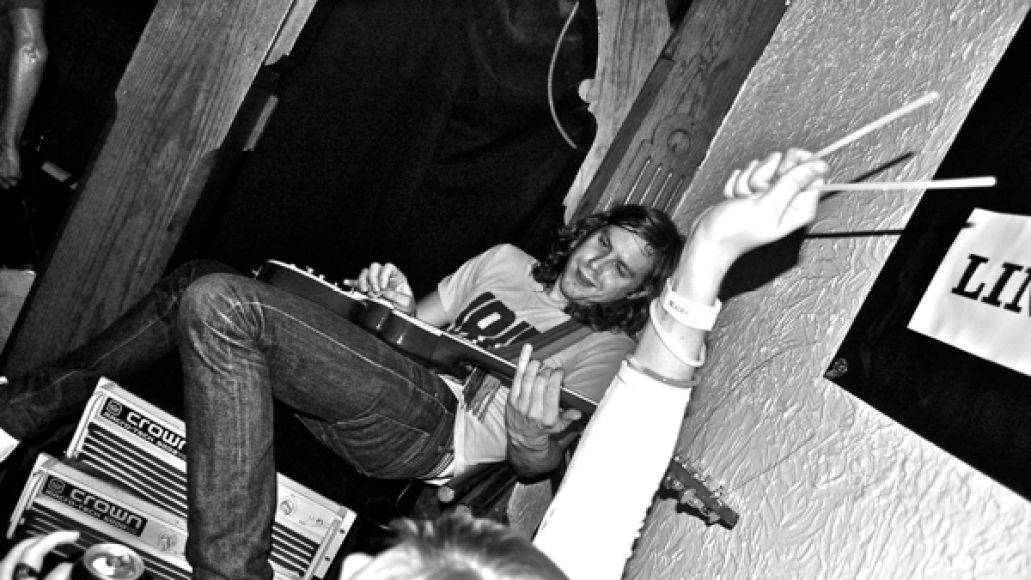 What else?
– Kudos to opener The Orwells, who continue to be one of the most exciting young acts out of Chicago right now. Where I spent my early teenaged years with mentors John Carpenter, David Cronenberg, and Cameron Crowe, they’ve been taking notes from David Lee Roth, Iggy Pop, ’70s NYC punk, and Ariel Pink. Good for them.
– The girl who came up on stage during “Girls Want Rock” was wearing an original Mighty Ducks T-shirt. Pretty awesome. Quack, quack, quack Mr. Ducksworth.
– It’d be nice to tag a couple of brass folks per city to get “Time Rolls On”, arguably one of the strongest cuts off Love Sign.
– There’s nothing more holistic and meditating than drinking a PBR and listening to the exiting solo in “Something in Common”.
– I ate all the dried pineapple pieces in my trail mix while writing this article and it’s bringing me down. Hard.
– I’m ready to admit that I’ve always been (and will continue to be) a fucking loser. Whatevs.edu