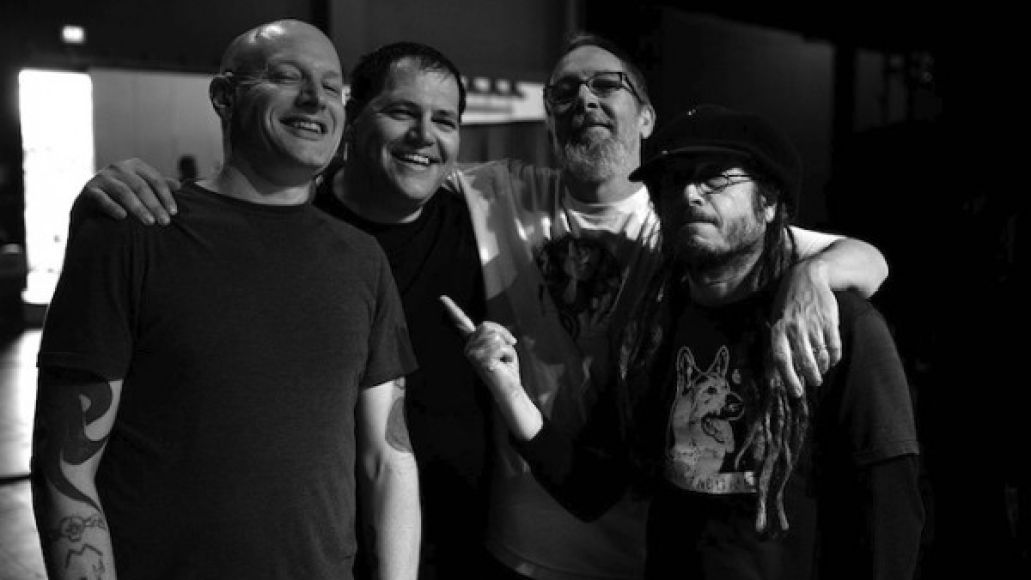 Well, this might be the first time in history a band has reunited twice in the same day.

Earlier today, the 1979 lineup of famed LA hardcore band Black Flag announced they were going to reform with original singer Ron Reyes, mainstay guitarist Greg Ginn, and drummer Roberto “Robo” Valverde. The band’s revolving door saw many lineup changes through the years, so still more Black Flag members are getting together to play some more shows.

OFF! singer Keith Morris, bassist Chuck Dukowski, and drummer Bill Stevenson have formed FLAG, along with guitarist Stephen Egerton of Descendents. The group plans to tour the U.S. this year playing “sets that pull from all eras of Black Flag’s history.” FLAG will first hit Germany’s at Monster Bash, and Belgium’s Groezrock festival before coming to the U.S. in May.

According to Pitchfork, this new incarnation decided to reform after the response to their impromptu performance in 2011. Watch FLAG perform Black Flags debut 1978 EP Nervous Breakdown (with ample help from the crowd) below.