Ultra 2013 takes place over two weekends (March 15th-17th and 22nd-24th) at at Bayfront Park in Miami. Three-day and VIP passes for both weekends are currently available. The full lineup poster is below. 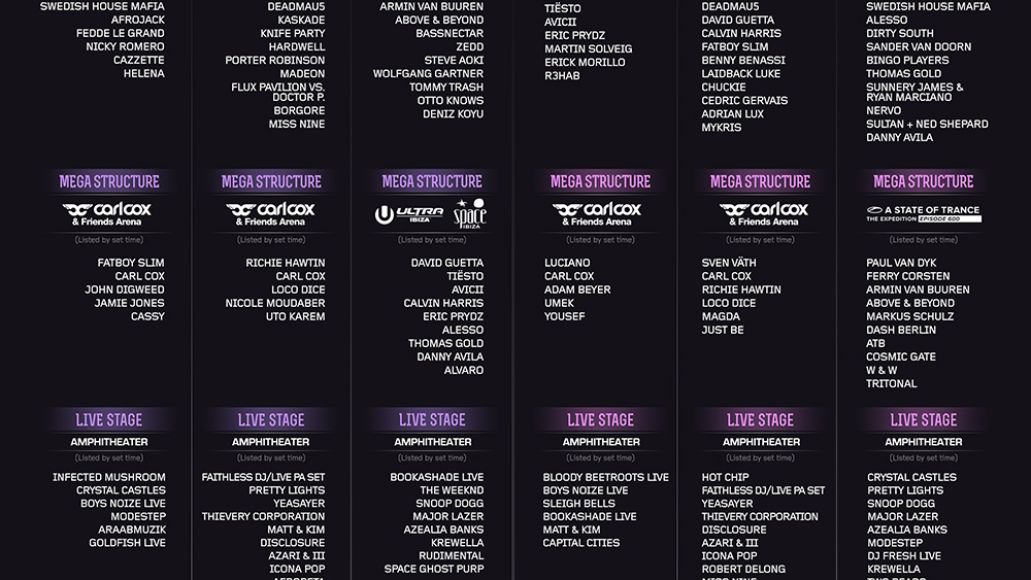