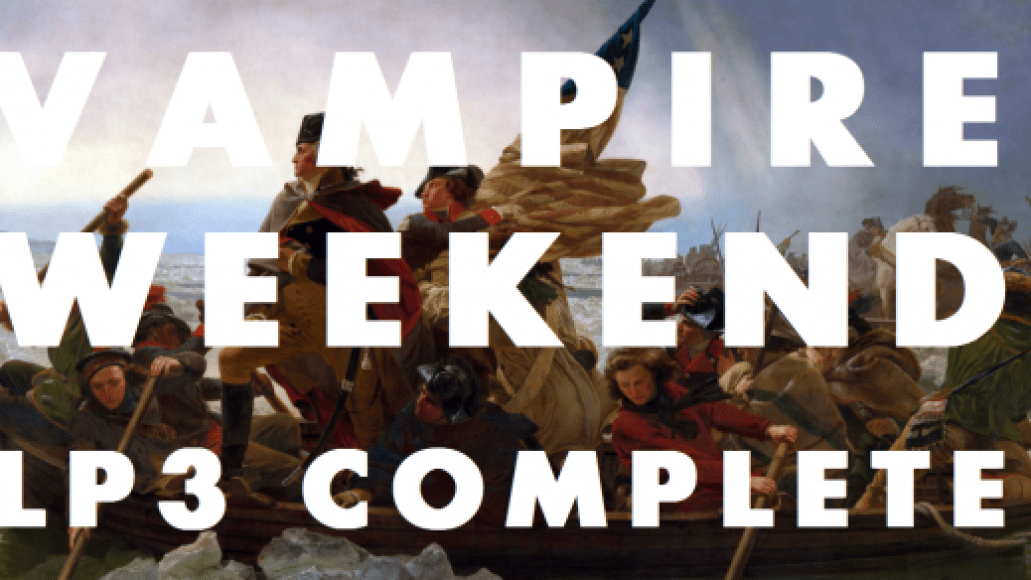 Vampire Weekend have updated their website to announce the completion and May 6th release of their third studio album through XL Recordings.

Produced by Ariel Rechtshaid (Usher, Major Lazer, Charli XCX) and the band’s own Rostam Batmanglij, the as-yet-titled followup to 2010’s Contra was recorded in both New York City and Los Angeles.

In an interview with Q Magazine, frontman Ezra Koenig called their latest effort “dark”, “organic”, and that it “really does feel like the third chapter in a book.” He added: “We created some characters on the first record, some of which are real people, some of which are ourselves, so it’s not so hard to keep following them and see what their concerns are now and how their lives have changed.”

Below, you can watch the band perform a new song titled “Unbelievers” on Jimmy Kimmel Live!.

Vampire Weekend to release new album on May 6th