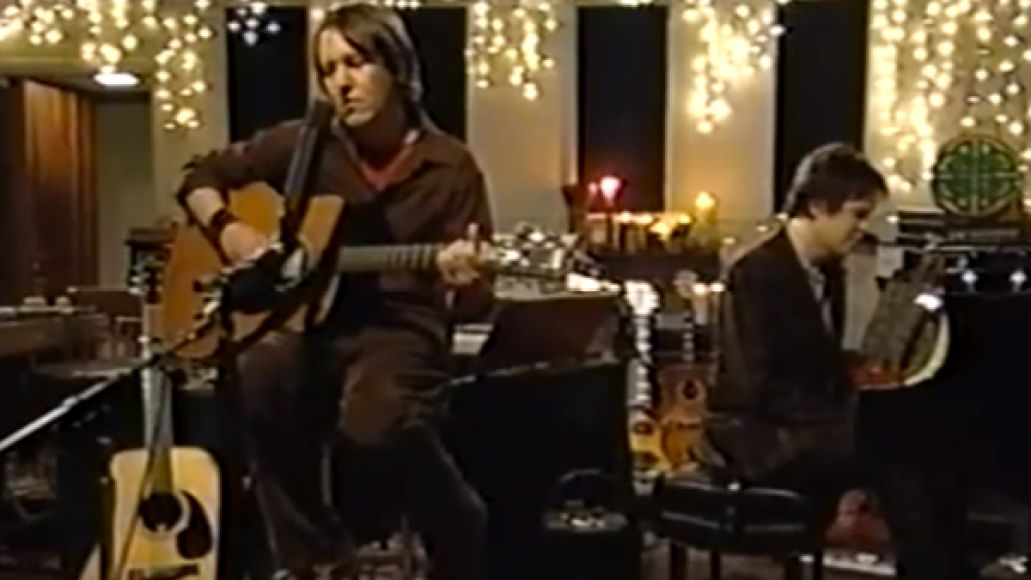 Here’s another reason to loathe VH1: In the late ’90s, director Paul Thomas Anderson (Boogie Nights, There Will Be Blood) pitched a variety show to the network starring famed producer Jon Brion as the host. Guess what? It was denied. However, they did film a pilot which featured Brion and his guest, Elliott Smith.

The two, alongside jazz pianist Brad Mehldau, performed a jaw-dropping collection of tracks, including Smith’s work (“Son of Sam,” “Independence Day,” “Bottle Up and Explode,” “Everything Means Nothing to Me,” and “Happiness”) and a few choice covers (John Lennon’s “Jealous Guy”, Kinks’ “Waterloo Sunset”, and Big Star’s “NIghttime”).

Until recently, only few clips were available, but now someone associated with the famed director has uploaded the full episode. It’s a glaring example of “What if?” that we’ll long remember. Catch it below (via Spin).