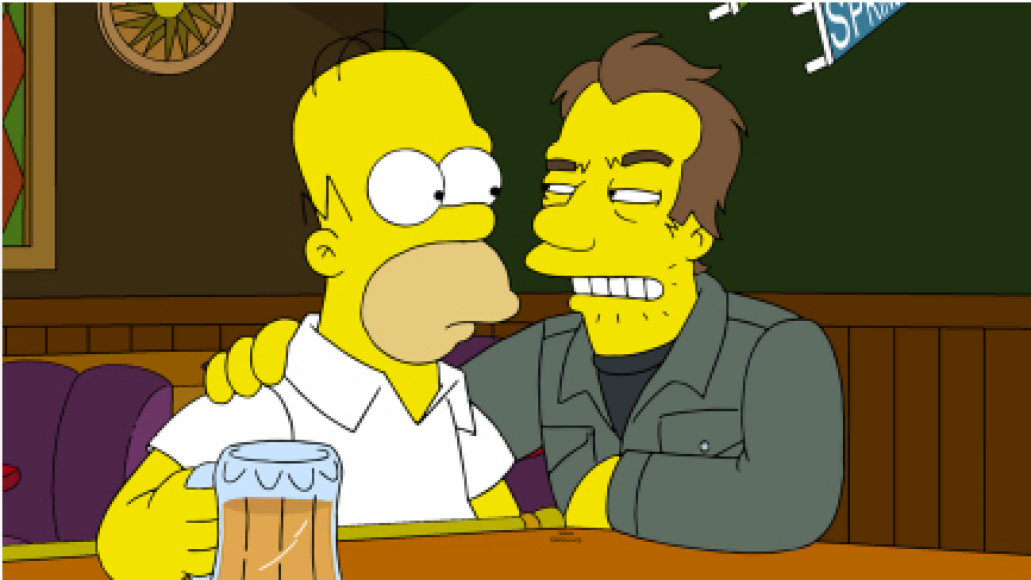 The legendary Tom Waits appeared on the January 6th episode of The Simpsons, which you can now replay below via Hulu.

Titled “Homer Goes to Prep School”, the episode features Waits as a survivalist who introduces Homer to the lifestyle. “I’m the guy you want to know when the stuff hits the fan,” Waits explains to Homer during their first encounter.

Watch Tom Waits on The Simpsons