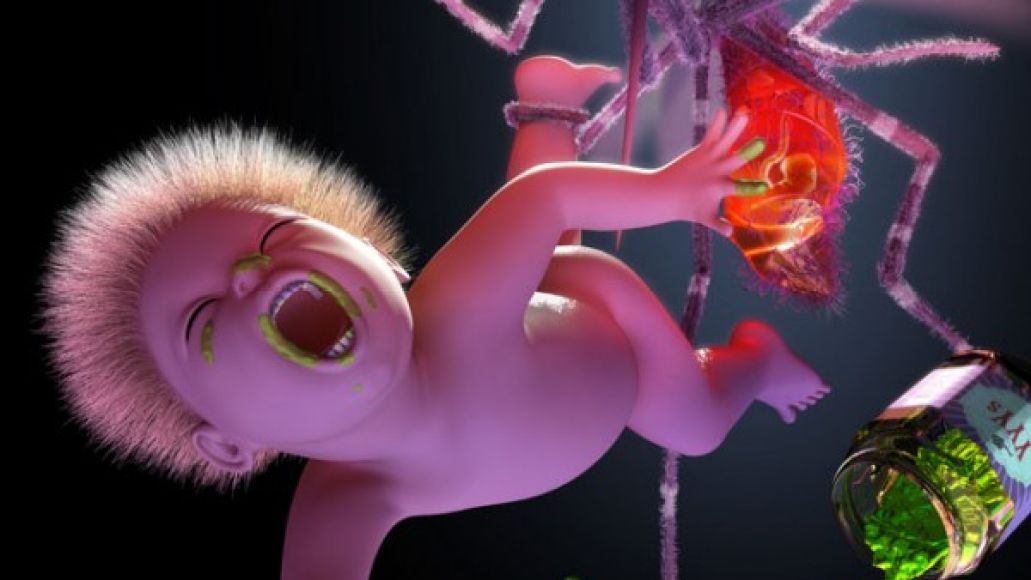 After previewing a few new songs in Los Angeles over the weekend, Yeah Yeah Yeahs return today with more details of their fourth studio album. As Pitchfork reports, Mosquito arrives April 16th via Interscope Records, and up above is the incredible album artwork designed by filmmaker/animator Beomsik Shimbe Shim.

The album was recorded in New York alongside TV on the Radio’s Dave Sitek, who previously helmed 2009’s It’s Blitz!. LCD Soundsystem’s James Murphy also produced a track (!), which features a guest spot from Dr. Octagon (aka Kool Keith).

We have this little shitty studio downtown [in New York] that belongs to us, so we wrote songs and recorded demos whenever we felt inspired; it was kind of like how we did Fever to Tell and our first demo. And emotionally, it’s been a rollercoaster– being back in New York is intense for me. I’ve gone through an identity crisis. It’s been very emotionally intense for Nick, too. He was going through a break-up while we were making the album. It was just all kind of down.

Below, you can watch recent fan footage of the band performing two new tracks.